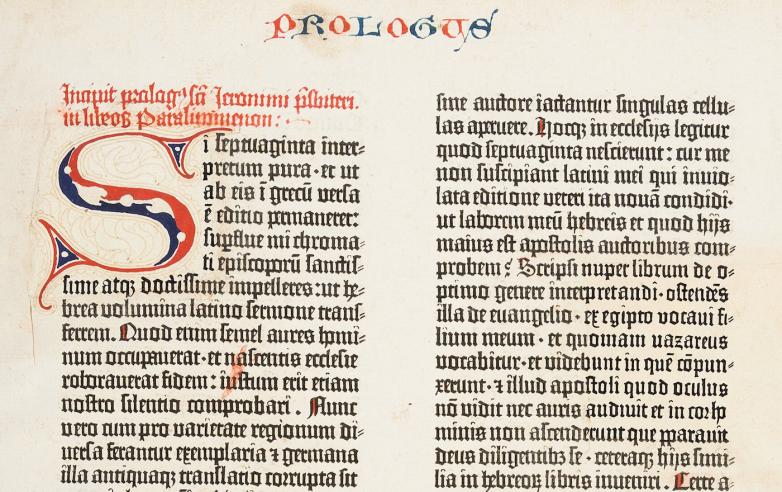 Dallas, TX – The first Boston newspaper printing of the Declaration of Independence soared to $175,000, and a single folio leaf from the first volume of the Gutenberg Bible brought a winning bid of $162,500 to lead Heritage Auctions’ June 9-10 Rare Books Auction to $2,700,043 in total sales.

The final tally was the most ever at a Heritage Rare Books Auction, eclipsing the October 2020 sale that totaled $2,255,403.

“We are beyond thrilled with the results of this auction,” Heritage Auctions Rare Books Director James Gannon said. “Coupled with the outstanding results from our October event, and our successful sale of Children’s Literature from Justin G. Schiller Ltd. In December, this shines a light on Heritage Auctions’ rapidly ascending stature as a prime destination for both buyers and consignors of rare books.”

The Declaration of Independence was printed in The New-England Chronicle July 18, 1776. Agreed to on July 4 by the Continental Congress, the document was then ordered to be “authenticated & printed…” The manuscript was given to John Dunlap who printed the broadside and began to distribute the document the next day. Michael J. Walsh, in his essay Contemporary Broadside Editions of the Declaration of Independence, printed in the Harvard Library Bulletin, Volume III, Number 1 (Winter 1949), wrote that 19 “editions or variants of editions in broadside form” were known, and that the Declaration was printed in at least 29 newspapers. Among them was this printing, which more than tripled its pre-auction estimate of $50,000+.

The folio leaf from the Gutenberg Bible rode a surge of competitive bidding after passing its pre-auction estimate of $30,000 en route to a final total of $162,500. This "Noble Fragment" from the imperfect copy was purchased at auction in 1920 by Joseph Sabin and sold to bookseller Gabriel Wells, who then issued a leaf book with single leaves of the “42-line”  bible, along with A. Edward Newton's essay. This folio leaf, ca. 1450-1455, appears on unwatermarked paper.

An exquisite set of John James Audubon’s The Birds of America, from Drawings made in the United States and their Territories, inspired more than a dozen bids before finishing at $93,750, more than doubling the pre-auction estimate of $40,000 for the seven-volume set.

A first edition, first printing of Charles Darwin’s On the Origin of Species by Means of Natural Selection, or the Preservation of Favoured Races in the Struggle for Life, drew 30 bids before closing at $81,250, more than four times its estimate of $20,000+. The huge demand is understandable for the volume that has been called “Darwin's greatest work and one the most important books ever published” (Garrison and Morton).

History of the Indian Tribes of North America, by Thomas L. McKenney and James Hall nearly doubled its pre-auction estimate when nine bids drove its final result to $75,000. Complete with 120 hand-colored engraved plates, tissue guards, one page of engraved maps, and 17 pages of subscribers' signatures in facsimile, it is a very good example of this important set of Americana, "the most colorful portraits of Indians ever executed" (Howes).

A first edition of The All-Story, (Vol. XXIV, Num 2, October 1912), containing Edgar Rice Burroughs’ Tarzan of the Apes more than tripled its estimate when it reached $62,500. Including the first appearance of Tarzan, the volume called “… one of the rarest and most desirable of all the Burroughs items” (Zeuschner) contains the entire text of Tarzan of the Apes. This first appearance precedes the A. C. McClurg book edition by a year-and-a-half.

One of just 15 advance copies of the first edition of Ernest Hemingway’s For Whom the Bell Tolls drew 11 bids on its way to $55,000. This presentation copy is inscribed and signed by Hemingway, who is universally regarded among the most popular and influential of American authors, to his friend, Richard Watts, on the front free endpaper.

The Oath of a Freeman might be one of America’s most notorious forgeries, but that did not slow the interest of bidders who drove it to $52,500, more than twice its pre-auction estimate. A pledge of loyalty and duty demanded of all new members of the Massachusetts Bay Colony, The Oath of a Freeman is said to be the oldest printed document in English North America, produced in Cambridge, Mass., around 1638 or 1639. But the only known copy of this diminutive broadsheet was made in 1985 by Mark Hoffman, a master forger and convicted murderer who has spent the last 34 years in a Utah prison.

Other highlights from the event include, but are not limited to: