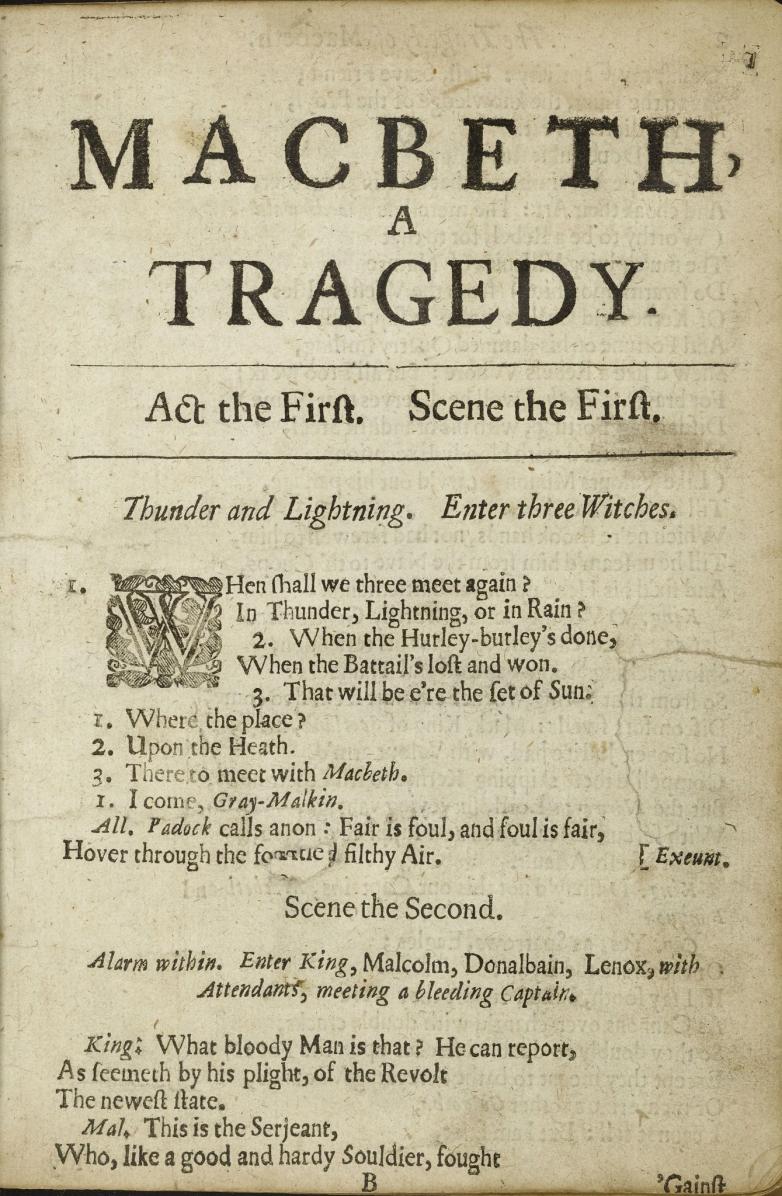 New York — Away from the silver screen, Hollywood legend Charlton Heston – best remembered as the embodiment of the strong silent hero in films such as Ben Hur and El Cid – was an avid collector of rare books. Heston’s exceptionally scarce 1673 copy of Macbeth (a play he acted in several times in his parallel career as a stage actor) comes to Bonhams Sale of Fine Literature, featuring two Private Collections, in New York on Thursday 5 December.  It is estimated at $80,000-120,000.

Macbeth was among the 36 plays by Shakespeare printed in the First Folio of 1623, but it was not printed as a separate work until this edition of 1673, both the first separate printing and the first quarto edition. Only three copies of the 1673 edition have been noted in private hands, but unlike the Heston copy, the other two are missing the final two leaves. The 1673 Macbeth was, also, the first Shakespeare play published during the Restoration revival of his work, solidifying his reputation for future generations.

Bonhams senior specialist in Fine Printed Books and Manuscripts in New York, Darren Sutherland said, “Heston started his career as a Shakespearean actor, and felt a particular connection to Macbeth, which he acted more than any other. ‘All great roles are Shakespearean,’ he once said. According to the Heston family, this copy was a gift from his wife presented to him after a memorable 1950’s stage performance. As it turned out, and I don’t think she knew, it’s very rare – as far as we know, the only complete copy of the first quarto Macbeth in private hands – and its reappearance at auction marks a marvellous opportunity to acquire a remarkable copy of an important work.”

The First Folio is the name commonly given to a collection of 36 of Shakespeare’s plays published in 1623, seven years after the playwright’s death.  It was compiled by two of Shakespeare’s colleagues John Heminges and Henry Condell, and is widely regarded as the most reliable source for many of the plays.

A quarto is a book or publication made up of full sheets of paper on which eight pages of text have been printed. These are then folded twice to produce four leaves known as a quire which can then be sown together with other quires to form a book. 18 of Shakespeare’s plays appeared in quarto form before the First Folio edition in 1623 but Macbeth was not among them.