Americana at Swann Delivers $112k for Book of Mormon 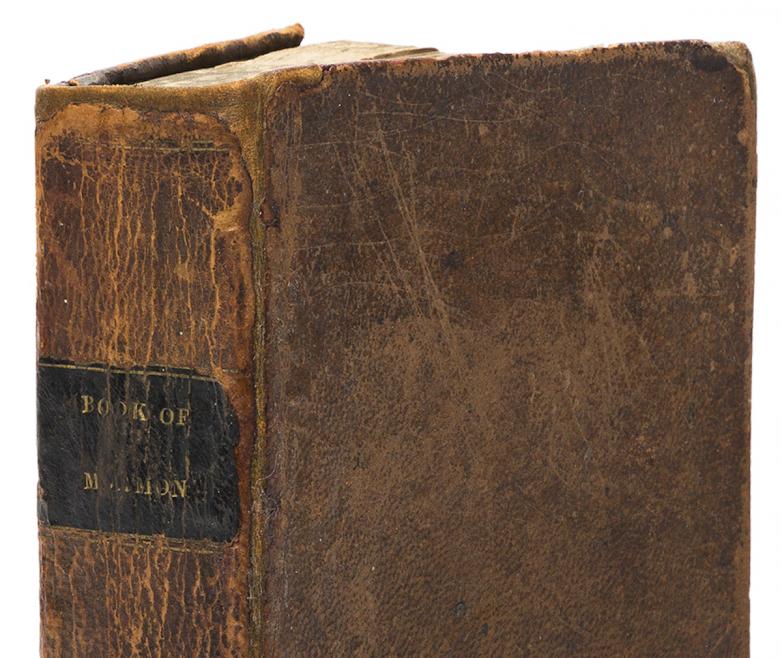 New York — The Swann Galleries fall offering of Printed & Manuscript Americana was held on Thursday, September 30 delivering remarkable results across the board. The auction brought $938,298, with 89% of lots finding homes; demonstrating an upward trend and strength in the category as the fifth straight auction of Americana to have an over 80% sell-through rate with sale totals reaching or exceeding the high estimate.

A heavily restored first edition of the Book of Mormon brought an astounding $112,500, the most of any of the 35 sales Swann can trace at auction since 2007. Also of note from the Latter Day Saints material was an 1844 printing of George T.M. Davis’ An Authentic Account of the Massacre of Joseph Smith ($7,250); and an 1848 printing of Brigham Young’s General Epistle from the Council of the Twelve Apostles ($6,250).

The most notable record was set for the iconic Boston Tea Party mezzotint, Bostonian’s Paying the Excise Man, or Tarring & Feathering, 1774, by Philip Dawe, at $50,000. Additional lots relating to the American Revolution included an attractive set of 1777 watercolor copies of the famous Doolittle views of Lexington and Concord ($100,000), a letterbook of New York iron merchants pushing back against the Stamp Act ($25,000), and the diary of a Connecticut officer imprisoned by the British ($25,000).

Additional highlights included a printing of General Grant’s June 1865 farewell order to his troops, which brought a record at $9,375; a strong group of group of early American children’s chapbooks, including The Exhibition of Tom Thumb, 1787 ($4,000); the papers of nineteenth-century Cherokee merchant Joshua Ross ($20,000); and a bound volume of the Pennsylvania Herald, 1787–91, which included a very early printing of the United States Constitution ($30,000).

Specialist Rick Stattler noted, “Seeing some of our old regular customers during the first public preview back for Americana felt normal in the best possible way. That carried through into the auction results with vigorous bidding from customers both old and new. Rare and important material from the American Revolution still finds an enthusiastic audience. The results were strong across all categories, though, from children’s books to the American West.”

For the house’s most up-to-date auction schedule visit swanngalleries.com.