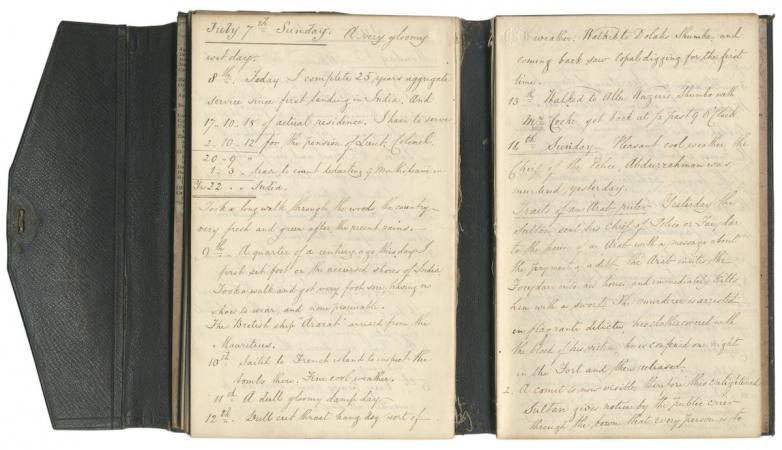 London — The handwritten journal of Colonel Christopher Rigby, British Consul on Zanzibar, recording his strenuous attempts to put a stop to the business of slavery in the Sultanate, and his success in securing freedom for thousands of individual slaves sold for £56,500 at Bonhams Travel and Exploration sale in London on February 10. It had been estimated at £10,000-15,000. The sale made more than £880,000 with 84% sold by lot and 87% sold by value.

Colonel Christopher Palmer Rigby (1820-1885) was appointed British Consul on Zanzibar in July 1858, a post he held until September 1861. His journal, which he wrote up every day gives a harrowing account of the slave trade and his tireless efforts to bring it to an end.

A further hand-written autobiographical journal giving an account of Rigby’s family, his career in Persia, Zanzibar, and India, his travels in Europe and other important family events sold for £32,250, having been estimated at £4,000-6,000. The entire collection of Colonel Rigby’s papers made more than £138,000.

Bonhams Books and Manuscripts senior specialist Luke Batterham said: “Christopher Rigby was a remarkable and courageous man with a strong sense of right and wrong which shines through his very honest journal.  I am not surprised there was so much interest from collectors nor that it sold for such an impressive sum.”