From Howard Hughes to Henry VIII and communist leaders, Profiles in History’s upcoming sale offers rare glimpses into the past. 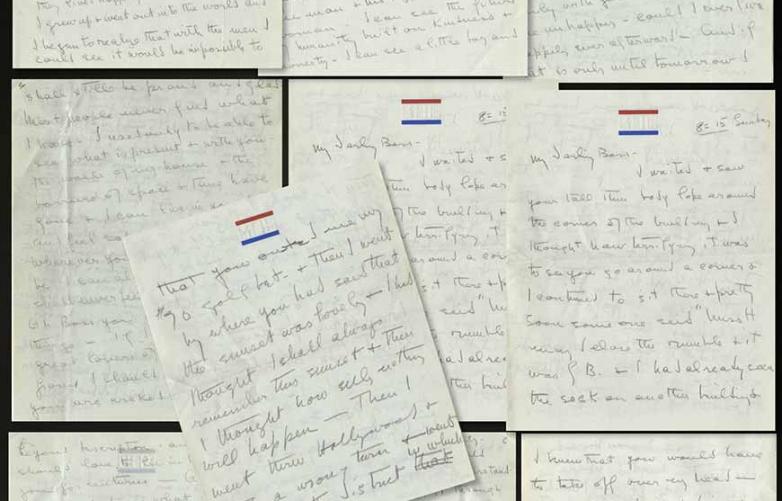 Sponsored by Profiles in History.

Few individuals in the 20th were quite so famous as Howard Hughes while maintaining such an air of mystery. Despite being a billionaire business magnate, aviator, engineer, film producer, philanthropist, and playboy who dated Katharine Hepburn, Ava Gardner, and Ginger Rogers, the enigmatic Hughes was intensely private, particularly later in life when he suffered from chronic pain and worsening obsessive-compulsive disorder, both of which made him reclusive. Memorabilia from the eccentric billionaire has rarely surfaced—until now.

On July 23, Profiles in History will sell a collection of Howard Hughes items consigned by the daughter of Vernon C. Olson, who after working at Hughes Tool Company as a staff accountant, was secretly hired as Hughes’s personal accountant. Olson worked with Hughes from 1952 up until Hughes’s death in 1976 and later served on the board of directors of Hughes’s Summa Corporation. 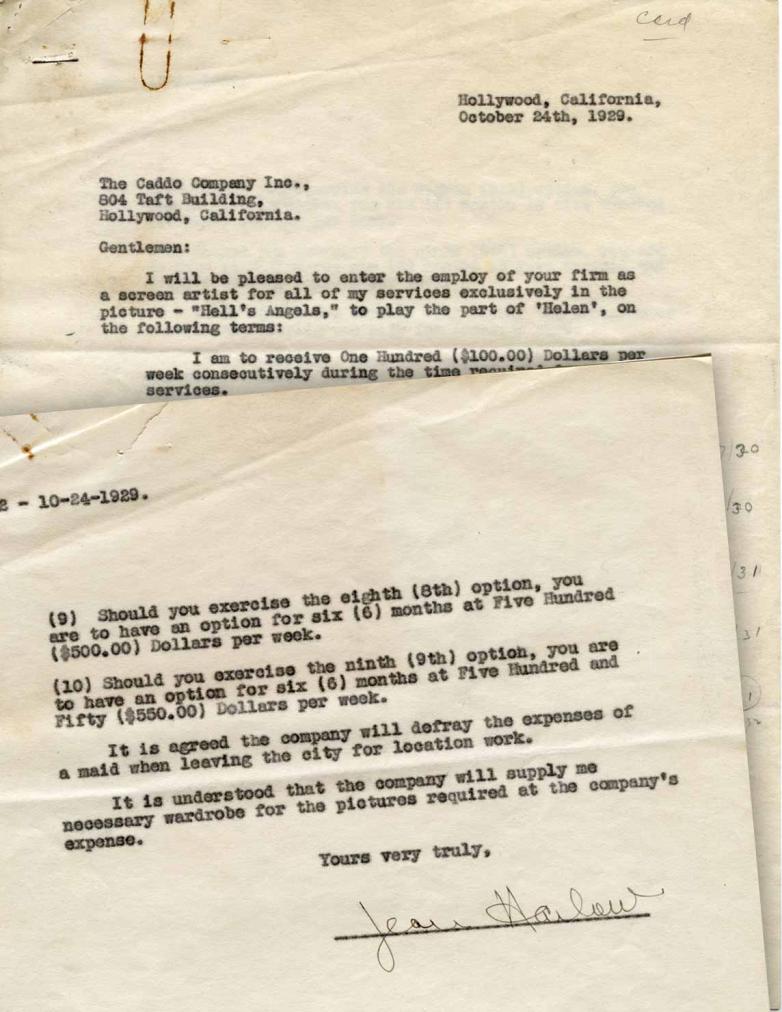 “Very seldom do you see anything from Howard Hughes at auction other than an occasional business note or a signed photo from a publicity event,” said Brian Chanes, head of acquisitions and consignor relations at Profiles in History. “This accountant was really entrenched—a Hughes insider, and that’s why this collection is so unique.”

The sale will consist of 104 lots spanning Hughes’s life. The most notable lot is a set of 55 hand-written love letters, bedside notes, and postcards Katherine Hepburn wrote to Hughes (ca. 1937–1938, est. $12,000–15,000). Mostly written on Hepburn’s personal stationery, Chanes, who transcribed each note, called the letters “juicy,” because they recount many intimate details of the couple’s relationship. 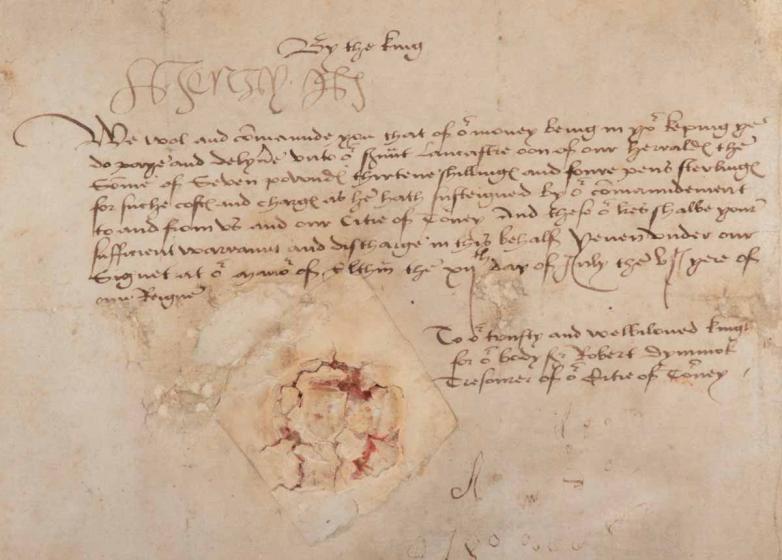 The Howard Hughes Auction will also feature business documents, including the original contract from October 24, 1929, in which Hughes signed the newly-discovered Jean Harlow to act in his epic World War I film, “Hell’s Angels,” along with three contract extensions dated throughout 1930 (est. $2,500–3,500).

The Howard Hughes Sale will be followed by historical autographs collected by William J. Bell, a screenwriter and television producer best known for the “The Young and the Restless,” and “The Bold and the Beautiful.”

One document, dated July 12, 1514 and signed by Henry VIII (est. $10,000–15,000), contains orders from a 23-year-old Henry to Sir Robert Dymoke, treasurer of the town of Tournay in France and “King Champion” of the coronation, in which Dymoke is requested to make a payment on behalf of England and Tournay. 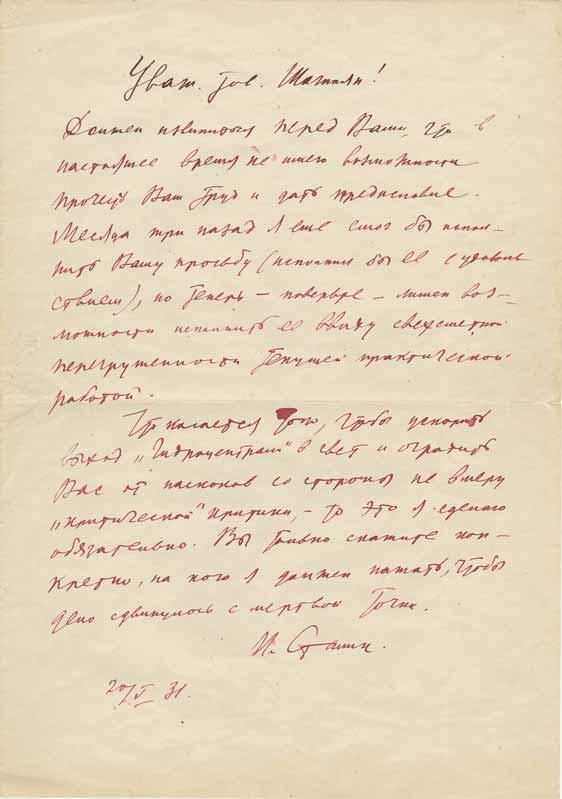 “Prior to Henry VIII’s father, Henry VII, documents were signed by scribes,” Chanes said, “so this document is about the earliest you can collect that would feature handwriting from a king.”

The sale will also include an autograph letter from Joseph Stalin written when he was secretary-general of the communist party and dated May 20, 1931 (est. $10,000–15,000). In the letter he praises the work of Soviet propaganda author Marietta Shaginyan and says will speed uppublication of her new novel and silence critics.

Another lot is a letter from Vladimir Lenin about the organization of the All-Russia Conference of the Russian Social-Democratic Labor Party in Prague dated November 1, 1911, and signed with his pseudonym “N. Lenin” (est. $20,000–30,000).

“There are only a handful of Lenin letters in existence because so many were destroyed due to the clandestine nature of his existence,” Chanes said. “This letter is particularly interesting because the conference ended up being a milestone event in the development of communism.” 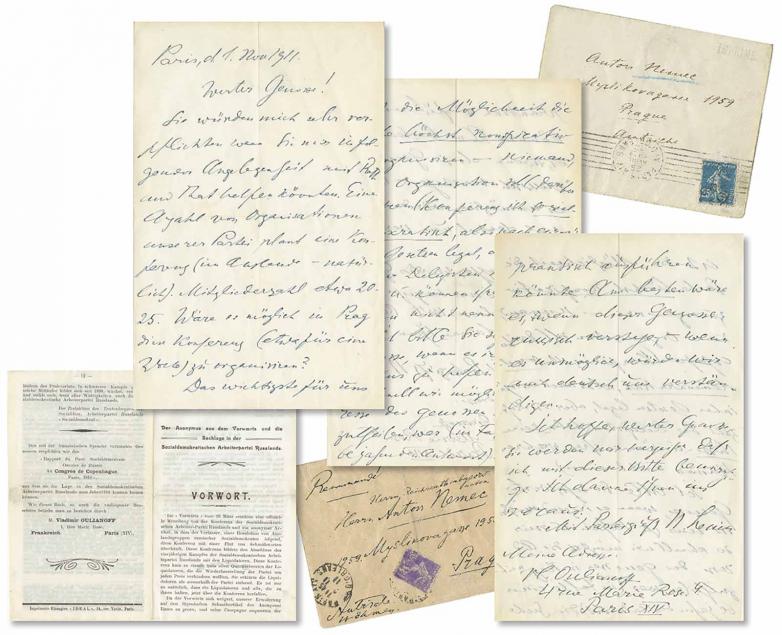 A letter from Vladimir Lenin about the organization of the All-Russia Conference of the Russian Social-Democratic Labor Party in Prague dated November 1, 1911, and signed with his pseudonym “N. Lenin” (est. $20,000–30,000).

While these are just a few items from a large sale, with lots ranging from Howard Hughes memorabilia to the autographs of some of history’s most famous—and notorious—leaders, Profiles in History’s July 23 sale is a live auction, where bidders can participate over the phone, live over the Internet, or place absentee bids. The sale begins at 11 a.m. Pacific and promises to offer a wide variety of items to fascinate many types of collectors.

“Profiles in history started in the manuscript business back in 1986,” Chanes said, “but in 1995, we also started dealing with entertainment memorabilia as well. This kind of sale really takes us back to our roots, and we’re proud of this offering. There are items in here that the world has never seen before and that will likely never see again.”