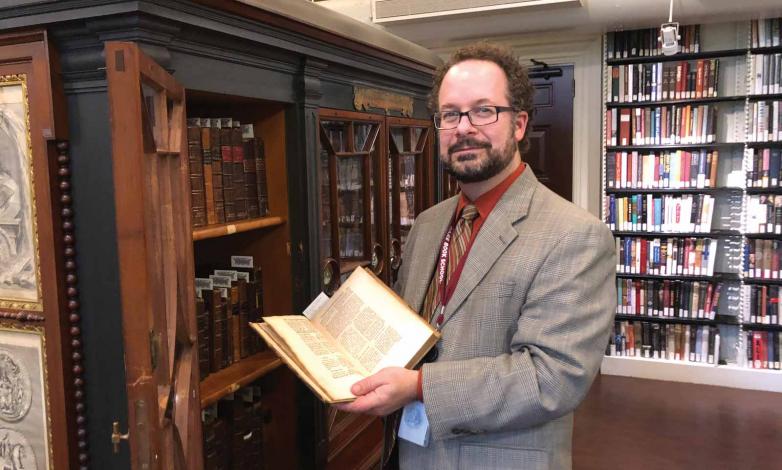 Boston Athenaeum curator of rare books John Buchtel said of the King’s Chapel collection: “More than three centuries later, their appeal is not simply as a time capsule or as examples of the craft of bookbinding, but also as a profound prompt, giving us the opportunity to imagine the readings we’d select as essential in our own lives.”

What is essential knowledge? This is the question that the Boston Athenaeum’s current exhibition, Required Reading: Reimagining a Colonial Library, seeks to answer. Initially inspired by the King’s Chapel collection, the exhibit not only tells the fascinating story behind the earliest colonial library, but also aspires to “interrogate and challenge one-sided approaches to essential knowledge,” as the Athenaeum’s curator of rare books, John Buchtel, put it.

The original King’s Chapel collection was assembled at the close of the seventeenth century by Reverend Thomas Bray, an enterprising Anglican missionary who was charged with supporting Anglican parishes in the colonies. Bray viewed the establishment of parish libraries as so necessary to his missionary work that he predicated his continued involvement on funding them. He selected 221 books that would outfit both the clergy and the community with all the information he believed they might need.

So what did Bray consider fundamental? There are theological works one might expect, such as the nine-language ‘London Polyglot’ Bible (1657), Massachusetts pastor Samuel Newman’s Concordance (1658), and polemical tracts against Quakers, Catholics, and Separatists (Boston’s Congregationalist majority). There are also major works in history, geography, and mathematics. 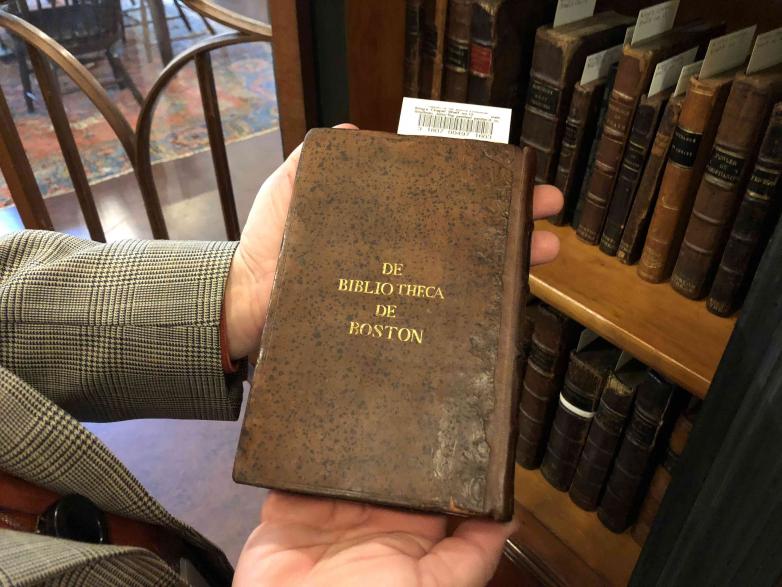 The books circulated from King’s Chapel until the Revolutionary War, when the loyalist clergy fled the city and the library disappeared into safekeeping. It reemerged in the early nineteenth century and was deposited at the Athenaeum in 1823. Fifty years later, the King’s Chapel congregation sponsored the creation of an ark-like Colonial Revival bookcase in which the collection is still housed. All are exceptionally well-preserved and many retain the original bindings Bray commissioned to identify them as part of the library.

Conscious of the fact that the King’s Chapel collection expresses a very particular approach to essential knowledge, the Athenaeum invited ten community partners, including the Chinese Historical Society of New England, the Institute for Human Centered Design, the Museum of African American History, and the North Bennet Street School, to supply their own “required reading” lists. The many absences in Bray’s original picks have been noted, and in some cases, responded to. For example, Bray excluded works by women, but one original volume that fell into private hands has been returned for the exhibition—it bears the signature of its eighteenth-century female owner and that of her daughter.

Required Reading, on view through March 14, 2020, aims to immerse the viewer in the context of the collection and cultivate “a sense of wonder evoked by handmade objects,” said Buchtel. The true showpiece of the exhibition is the replica of the original 1883 bookcase, created by Milwaukee, Wisconsin–based woodworker and exhibition designer Brent Budsberg. Placed in the center of the room, the case has been split in two right down to the portraits of William and Mary. The visitor is invited to step inside the bookcase where they will encounter the community partners’ must-reads and find pencils and slips of paper so that they can submit their own. The hope, Buchtel explained, is that “the ark may be both literally and symbolically opened,” and that our approach to what is essential is similarly expansive.