Books and Documents on the Mexican Wars of Intervention 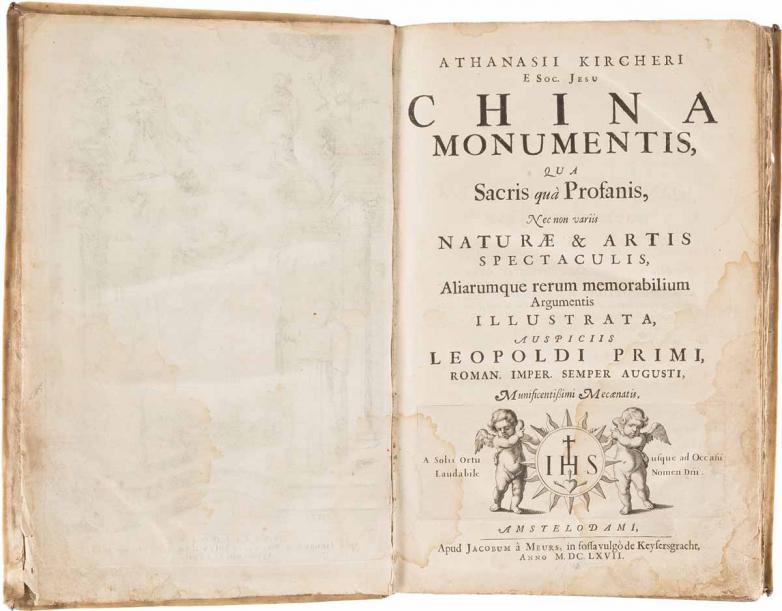 The Encyclopedic Spirit of a Scholar 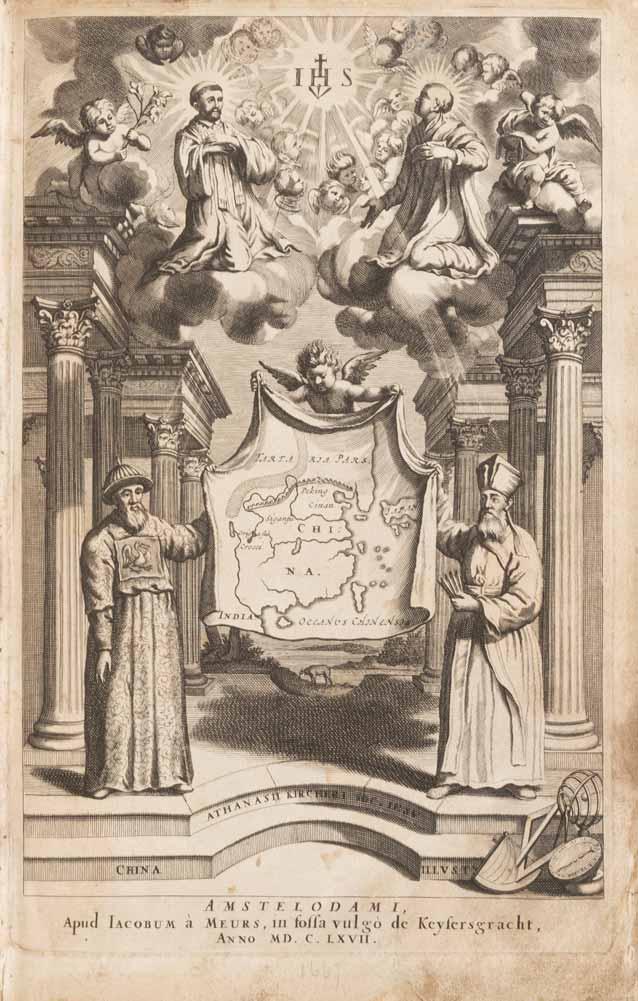 Athanasius Kircher (1602 - 1680) was a Jesuit priest of German origin, dedicated to research a great many branches of knowledge, from theology to natural sciences and mathematics. In his first years of study he learned Greek and Hebrew to perfection. In the field of science, he investigated magnetism, the phenomenon of light, volcanism, and even created a machine that would simulate perpetual motion, based on an arrow driven by magnets to achieve this effect, despite not being able to make it work, an ambitious project that contradicts the laws of physics.

One of his most famous works is China Monumentis, qua Sacris qua Profanis, nec non Variis Naturae & Artis Spectaculis, Aliarumque Rerum Memorabilium Argumentis Illustrata, published in Amsterdam by Jacob van Meurs in 1667. In this work brought together much of the information known at the time about Chine, called "Middle Kingdom". His encyclopedic work brings together accurate cartography and illustrations that clarify the vivid descriptions found in the text, as well as a cultural framework of China that ranges from the history of the region, its government, religion, the customs of its inhabitants, natural wonders of the country, exotic animals, architecture, mechanical arts, languages, writing, and a wealth of information on botany.

Although the text is not based on Kircher's direct experience in China, this was not an obstacle to enriching his research with existing studies of other Jesuits, such as the Italian missionary Matteo Ricci, who lived in China for approximately 30 years while on an evangelizing mission; Martino Martini, Kircher's student on astronomy and mathematics; the German Johann Adam Schall von Bell, who rose to the post of Mandarin under Emperor Shunzhi; the Austrian Johann Grueber, assistant to Father Shall von Bell in China; and Heinrich Roth, specialist in the study of Sanskrit. The result of his work came to influence later writers and become part of the most important studies on Western sinology. 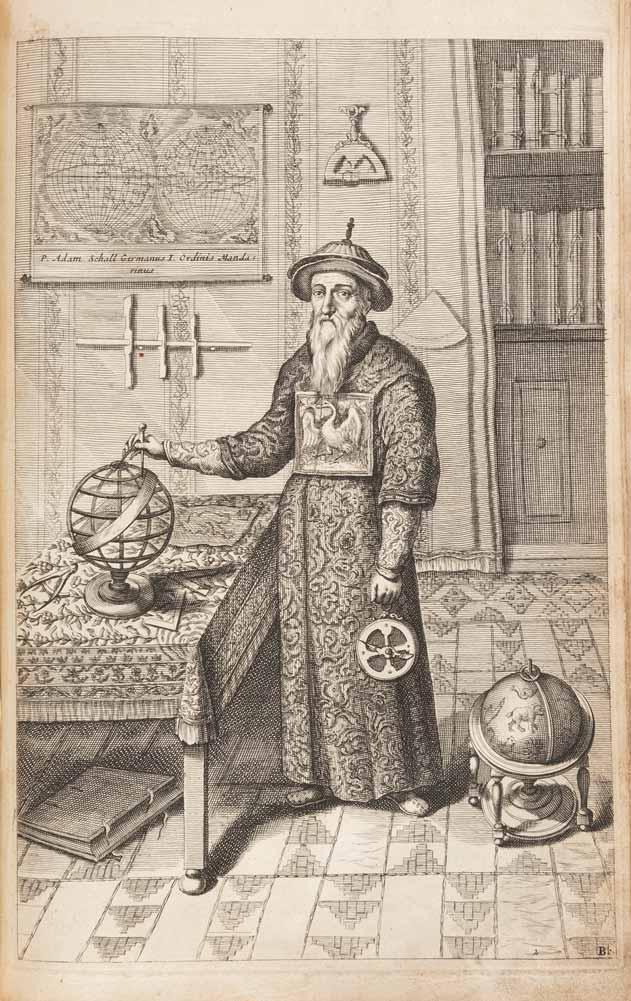 In addition to describing and illustrating strange objects and exotic creatures, the book also focuses on the relations between China and the West. Kircher connects Western, Indian, Chinese, and Japanese idolatry and attempts to demonstrate the presence of early Christianity in China. To achieve this purpose, he included a romanization and translation into Latin of the so-called Nestorian Monument, an epigraphic stele from 781 aD in which the existence of Christian communities in China is documented for a period spanning a century and a half. In 845 aD the stone was buried, where it remained until 1625.

Another outstanding aspect of the book is its numerous illustrations, including images of nature, rare portraits of emperors and Jesuits, maps of China of high cartographic quality, as well as curious fictitious images. Illustrations play an important role for their quality of wit and strangeness, particular during this time period.

Due to the characteristics mentioned above, the historical value of "China Monumentis" cannot be underestimated, as it greatly contributed to the West's way of understanding the East for more than 200 years.

At Morton Subastas we are happy to be able to include this prestigious and historical book in the catalog for our next Auction as lot 239. Please join us at the Auction of Books and Documents on the Mexican Wars of Intervention, which includes History of Mexico, Science, Literature, Languages, Travelers, and Art, which will be held on Tuesday, August 18th, starting at 5:00 p.m. (CST), where this and 265 other priceless items will be put up for auction.