Reflections on the writing of A Gentle Madness, twenty-five years after its publication 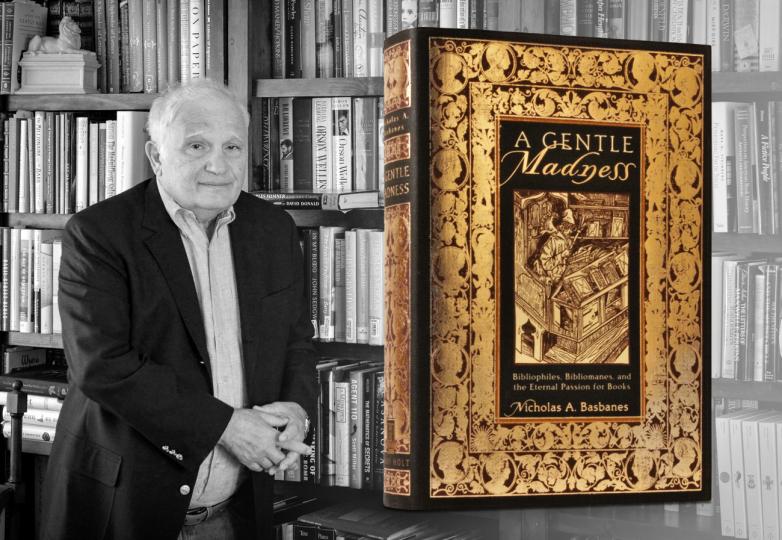 A Gentle Madness captured the world of antiquarian books in a pre-Internet age.

Nobody has ever confused me with being a latter-day incarnation of Don Quixote, but whenever I think back to how A Gentle Madness came into being twenty-five years ago this summer, I have to smile at the pure innocence of it all, though perhaps naivete is the better word. Setting out as I did in my mid-40s on a mission to do something I firmly believed nobody had done before in the realm of book collecting seems now, in retrospect, less an act of supreme self-confidence that I could get it done than an obliviousness for just how daunting the task at hand would prove to be. Once fully engaged in the pursuit, there was a point, too, that I became, in the words of the late Dr. Haskell Norman, a distinguished San Francisco psychoanalyst and one of the people I was writing about, “too much in love with your research, and too stubborn to recognize when enough is enough.”

Maybe so; but it still took me another four years after being given that bit of advice to see the book through the press, my initial idea to do a conventional account of bibliomania through history long since expanded to include an in-the-field consideration of the phenomenon in the here and now. To that, I was determined that it cover all points of the compass geographically, and that it be balanced with respect to gender, subject matter, ethnicity, and demographics. The idea, to borrow a phrase from the lyricist Johnny Green, was “to cover the waterfront,” and everything that kind of approach might involve. 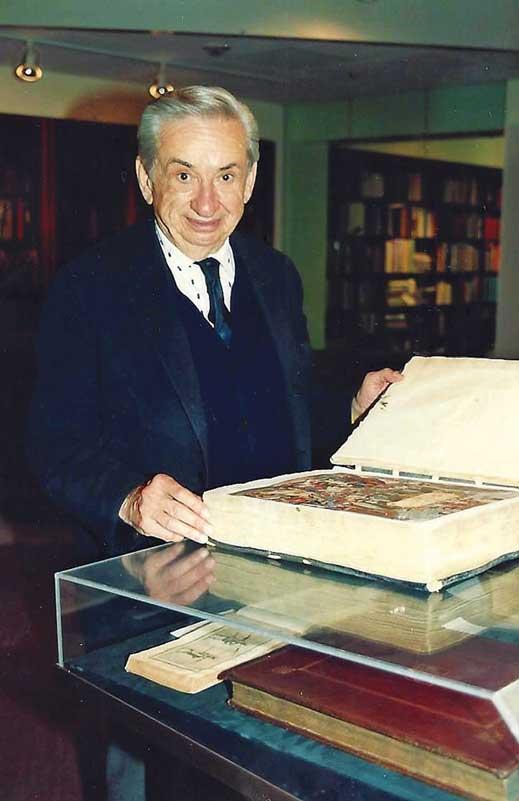 As a non-fiction writer, I pride myself in having earned my stripes as an investigative reporter who develops sources, follows paper trails, and insists on documenting everything. I want to see things in situ, too, and I want to talk to my primary subjects face to face. For A Gentle Madness, that also meant handling the goods—be it a Gutenberg Bible, First Folio, Bay Psalm Book, Poe’s Tamerlane, or an Audubon Birds of America elephant folio. My research archive in the Cushing Library at Texas A&M University includes some 250 hours of taped material for A Gentle Madness alone, all of it converted to digital format and now open to scholars. I have many favorites among them, one a lengthy discourse I had with Charles L. Blockson, a one-time Penn State football star who in 1956 had eschewed an opportunity to play for the New York Giants to become, as he put it to me, “a black bibliophile,” consumed since childhood with documenting his heritage and his history. When we got together in Philadelphia, he had already turned over a massive library of Afro-American material to Temple University, which established a research center in his name that now numbers 500,000 items. He was perfect for my book in many ways, and continues to be a good friend. “How did you learn about me, Nick,” he had asked, when we were wrapping up our first discussion. “I always knew you were out here somewhere, Charles,” I replied. “It was just a matter of time before I found you.”

On April 14, 1991, the New York Times published a lengthy essay I had written under the headline, “Bibliophilia: Still No Cure in Sight.” The piece was a monster, 4,300 words jumping off page one of the Sunday Book Review section, and continuing on four pages inside. With a circulation in those pre-internet days of close to two million copies, this was a very big deal, and the character of what I had been up to for the previous three years changed in a heartbeat. Doors that I once thought were impenetrable were suddenly opened, including a few others that I did not even know then existed.

Two months earlier, I had attended the trial in Des Moines, Iowa, of the notorious book thief Stephen Blumberg. Only a few people knew that I had spent a full day with the reclusive biblio-kleptomaniac one Saturday when court was in recess, had even driven with him to Ottumwa, where the 21,000 books he had stolen from libraries across North America and valued at upwards of $20 million had been kept in an old Victorian house. We had a seven-hour interview that day, something no other journalist had been able to arrange, and I snapped a hundred photographs while I was at it. I had planned on using that material exclusively in my book, but it was such a stunning coup that I made it a central component of my pitch to the Times book review editor.

Blumberg never took the witness stand in his own defense, so his words, in my essay, represented the first time the general public had a chance to hear his voice. I had a few other teasers in the piece, too—the legendary Harry Ransom, and the building at the University of Texas at Austin of a world-renowned collection of twentieth-century manuscripts in an episode I would call “Instant Ivy,” and a preview of the mysterious collector calling himself Haven O’More I would write about in the “To Have and to Have No More” chapter. Still under wraps were my profiles of William Scheide, Carter Burden, Michael Zinman, Chef Louis Szathmary, Sandy Berger, Louis Daniel Brodsky, Richard Manney, David Karpeles, John Larroquette, Leonard and Lisa Baskin, Aaron Lansky, Walter Pforzheimer, and many others.

But with more exciting opportunities now available,  I chose to press on, and worked in another trip to the West Coast, talking this time around to the Dickens and Poe collector William Self in Bel Air, the Lincoln collector Louise Taper in Beverly Hills, and yes, Dr. Norman, whose 2,500-volume library of science and medicine would set all kinds of records at Christie’s in 1998, taking in $18.6 million. “Why are you even here?” he had asked half in jest, incredulous that I had spent so much time ferreting out my information, with nary a chapter yet set down on paper. “You are a respected psychiatrist,” I told him, “and you collect books at the highest level. You must have some insights on what drives all of this.” He, too, became a dear friend, and sent me an inscribed copy of One Hundred Books Famous In Medicine when it was published by the Grolier Club in 1995, the same year A Gentle Madness appeared in print.

Something else I came away with from that interview, something that I have come to call in every book I have researched since then my “Haskell Norman Moment.” It is that point when I realize that I have more than enough material—and that it is time to go home and start writing. It has served me well. Thank you, Dr. Norman.