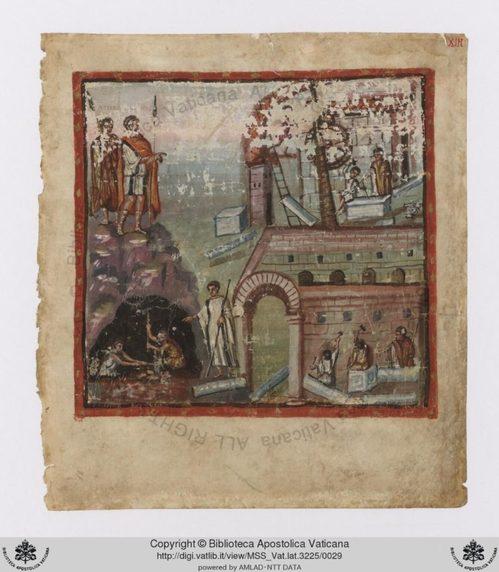 One of the oldest surviving copies of The Aeneid, an illuminated manuscript written and illustrated in Rome sometime around 400 A.D., has been digitized by the Vatican Library and is now freely available to view online.

Virgil wrote his epic poem more than 2,000 years ago, but most early copies of The Aeneid have been lost to time. The Vatican's illuminated manuscript, itself reduced to a scant 76 surviving leaves of a probable original 440 leaves, is one of the oldest to survive the centuries. The manuscript contains 50 illustrations, produced by three different painters.  The original is thought to have contained about 280 illustrations.

The Vatican's copy, entitled Vergilius Vaticanus, is one of only three known illuminated manuscripts of classical literature. The manuscript also contains portions of Virgil's second major poem, Georgics. It was donated to the Vatican in 1602.

In partnership with Tokyo-based technology firm NTT Data, the Vatican Library is in a multi-year effort to digitize 3,000 of its ancient manuscripts using highly-specialized equipment.