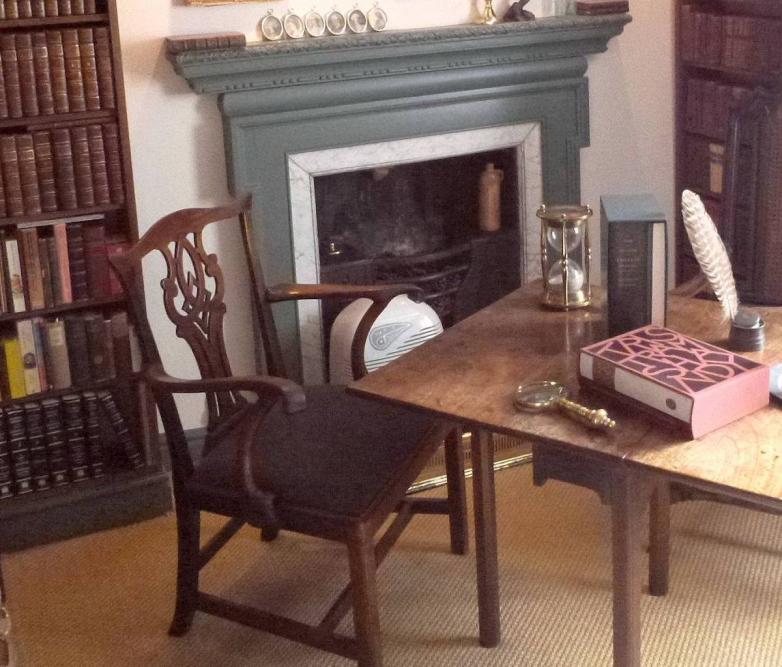 Courtesy of the Laurence Sterne Trust

A chair belonging to eighteenth-century Anglo-Irish novelist Laurence Sterne has returned to his home in Yorkshire 250 years after his death.

Sterne (1713-1768), the author of The Life and Opinions of Tristram Shandy, Gentleman, and A Sentimental Journey, lived at Shandy Hall in the North Yorkshire village of Coxwold, near York, where he was also the vicar. Now a writer’s museum and gardens, it holds the world’s largest collection of Sterne’s works, sermons, manuscripts (currently being digitized by the charity trust which runs the property), letters, and associated items, as well as temporary exhibitions and literary events.

However, on Sterne’s death, most of his belongings were sold and only a couple of objects likely to have been owned by him are currently on site, among them a Delft porcelain cow and a writing desk.

To this can now be added the chair, donated by Jesus College Cambridge where Sterne was a student and on which Tristram Shandy is believed to have been written. It has a complicated ownership history but was initially given by Sterne to the vicar who succeeded him at Coxwold and then to subsequent incumbents. A plaque on the back of the chair, of unknown date, reads ‘Hic sedebat Laurentius Sterne’ (Laurence Sterne sat here).