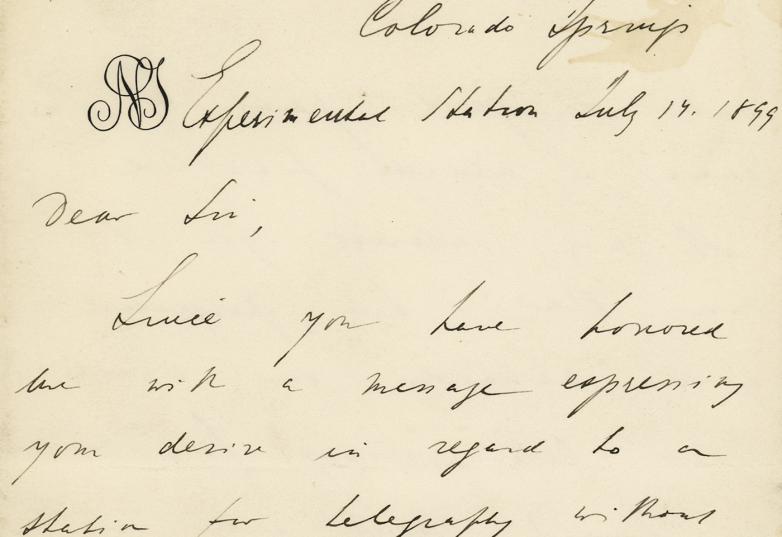 Boston — A Nikola Tesla letter signed by the celebrated innovator sold for $51,651 according to Boston-based RR Auction.

In the four-page letter on personal monogram letterhead, dated July 14, 1899. Handwritten letter to Rear Admiral Francis J. Higginson by Nikola Tesla, penned from his "Colorado Springs Experimental Station." Tesla insists his wireless technology is superior to Marconi's: "I am now looking with full confidence to the establishment of a communication with the European continent."

Tesla alludes to his rivalry with Marconi in this significant letter, asserting that he has now perfected novel methods superior to those previously promulgated by himself and others. Marconi was his chief competitor in this area at the time. Further, his inquiry about the ship's power supply, whether "direct or alternating," is noteworthy as a question associated with the 'current wars.' Tesla was an advocate for alternating current, while Thomas Edison was a supporter of direct current. In both cases, Tesla would become embroiled in lengthy legal battles over patent infringement with his competitors.

"It's a rare and remarkable letter with fantastic content on the great rivalries of the electric age," said Bobby Livingston, Executive VP at RR Auction.

Georg Cantor signed letter by the German mathematician sold for $21,963.

George Washington Signed Document as President from 1795 sold for $18,750.

The Fine Autograph and Artifacts auction by RR Auction began on June 24 and concluded on July 13.  For more information, go to www.rrauction.com.