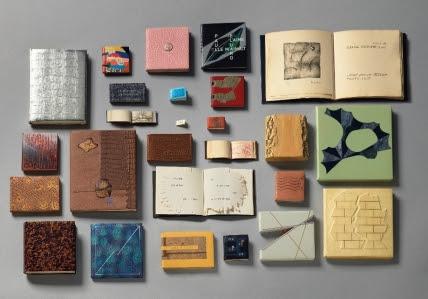 Last July, Christie’s Paris held the first major sale of art books from the estate of renowned bibliophile Paul Destribats (1927-2017), realizing approximately $9 million (€8,116,813) for over six hundred lots focusing on Surrealism and the history of art. Next month, the auction house will hold another Destribats sale, assisted in the endeavor by Parisian rare book experts Jean-Baptiste de Proyart and Claude Oterelo.

The first of two sales slated for 2020 will showcase 276 items published by twentieth-century Surrealist publishers Pierre Andre Benoit (1921-1993) and Ilia Zdanevich (1894-1975), a duo often referred to as PAB and Iliazd.

Major items in the February sale include a proof copy of Guillaume de Vaux’s La Maigre which contains working proof engravings by Picasso, and handwritten notes by Iliazd. A first edition of Dadaist Max Ernst’s Maximiliana, ou, l’exercice illégal de l’astronomie (1964) will also be among the lots.

Destribats began building his collection in the 1960s, focusing on those artists and writers he met during his travels in the bustling neighborhood of Saint-Germain-des Pres.

In 2006, Destribats designated the Kandinsky Library at the Centre Pompidou as the repository of more than one thousand items in his collection, instantly launching the library as one of the world’s top archives dedicated to the visual arts of the first half of the twentieth century.

“Once Destribats’s collection has been dispersed, it will be impossible for future generations to recreate a collection such as this ever again,” reflected Proyart in press material for the auction. “This is why this series of sales represents a truly surreal moment for the book world and the art market.”

See the entire catalogue for the February 4 sale here.