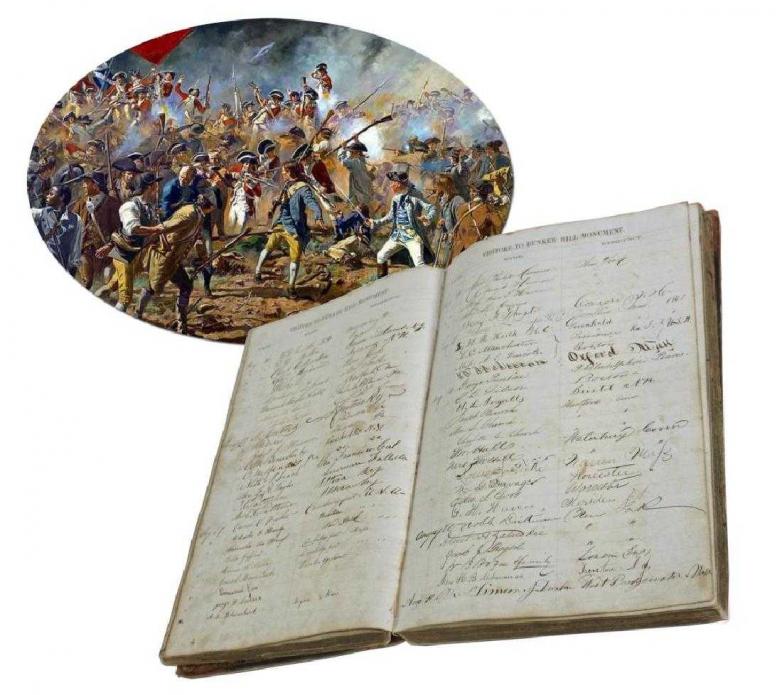 It's been weeding time around here the last couple of weeks, an exercise I undertake every year or so to see which books I once felt were mine forever--and a number of them have been around long enough so they certainly feel that way--but are now prime candidates for deaccession. Space of course is the principal consideration, but you also reach a certain point in life where you begin to think of collecting books not just in terms of addition, but of subtraction as well. Everyone of a certain age knows whereof I speak. (For more on this particular dynamic, take a look at the very first paragraph of Chapter 1 in "A Gentle Madness.")

The motivation this time around has been an attempt to prepare a descriptive bibliography of the inscribed books I have acquired over the past thirty years, some 600 or so volumes that were signed for me in the "line of duty," as it were, by authors I interviewed for the literary column I wrote week after week from 1978 to 2000. I've written a bit about this exercise in my book, "Among the Gently Mad," and talked about it at some length in the television special CPSAN ran a couple of months ago on BookTV that featured a tour of my home library. I have to say that flipping through a couple of those titles on camera brought back a lot of pleasant memories--nice personal inscriptions from David McCullough, Tom Wolfe, Buzz Aldrin, Chuck Yeager, Margaret Atwood, Umberto Eco and the like--and it occurred to me that it was high time I did something I've been thinking about doing for a long time, and that is to compile a comprehensive list of just what exactly it is I have on my shelves.

How all of this morphed its way into a weeding frenzy was basically a circumstance of one thing leading to another. All of the inscribed books, you see, have not been kept in one place, but in thematic categories instead. Oh, I certainly had the dazzlers up there on the shelves over the fireplace--Margaret Atwood, Toni Morrison, Arthur Miller, Isaac Asimov, Barry Moser, Paul Theroux, David Halberstam, Tom Wolfe, Norman Mailer, Joseph Heller, John Updike, Mario Puzo, Kurt Vonnegut--but there were many, many more everywhere else, and so began the task of going through every volume in the house, pulling out books that I had kept in every imaginable nook and cranny, pretty much by subject. A fine work on the development of naval warfare by John Keegan, for instance, was kept in a section set aside for military history, photographic retrospectives by Ansel Adams, Yousuf Karsh, and Eve Arnold with photography, Julia Child with food, Maurice Sendak, David Macaulay, Michael Hague, and Chris Van Allsburg with children's books, fine biographies of George Bernard Shaw by Michael Holroyd and Virginia Woolf by Hermione Lee in an extensive section I maintain on literary biography, William Kennedy and E. L. Doctorow among novelists--you get the idea.

Once I got immersed in this--and I spent a full week at the task--I seized the opportunity to do some grooming. All told, I found about a hundred books that will now make their way up to Clark University for an annual sale put on to benefit the Friends of the Goddard Library, an event I have enjoyed supporting for the better part of twenty-five years. I will miss some of them, to be sure--they have been worthy companions over many years--but I am pleased to know they will find new lives among kindred spirits.

As for the odyssey through the inscribed books, this was a romp unique to my experience. Since each book contains a personal message of one sort or another, reading all of them individually allowed me to relive the circumstances of every interview, and to recall how pleasant it was to spend time with some of the people I admire most in the world--which is book people. It was a real hoot to run across an inscription by Roy Blount Jr, written on November 19, 1982, on the occasion of a discussion about his very funny collection of "satire, invective, foolery, criticism, reporting, reflection and verse," titled "One Fell Soup." On the front endsheet, he wrote, "Thanks for the cigar and the literary conversation. It's nice to be able to discuss the concept of raunchiness with you just before you get to Annie Dillard."

It was not uncommon back in the day for me to schedule several interviews with authors on one day, and after I finished with Blount, I did indeed meet with Annie Dillard, a wonderful essayist and poet who had won a Pulitzer Prize in 1974 for "Pilgrim at Tinker Creek." A truly good sport as well, she had a hearty laugh when I showed her the Blount comment, prompting her to write this in "Teaching a Stone to Talk," the book we had gotten together to discuss: "For Nick Basbanes, with all best wishes after a jolly old time at the Ritz-Carlton on the day of his talk with a slightly-more-raunchy Roy Blount Jr."

Were those the good old days, or what?