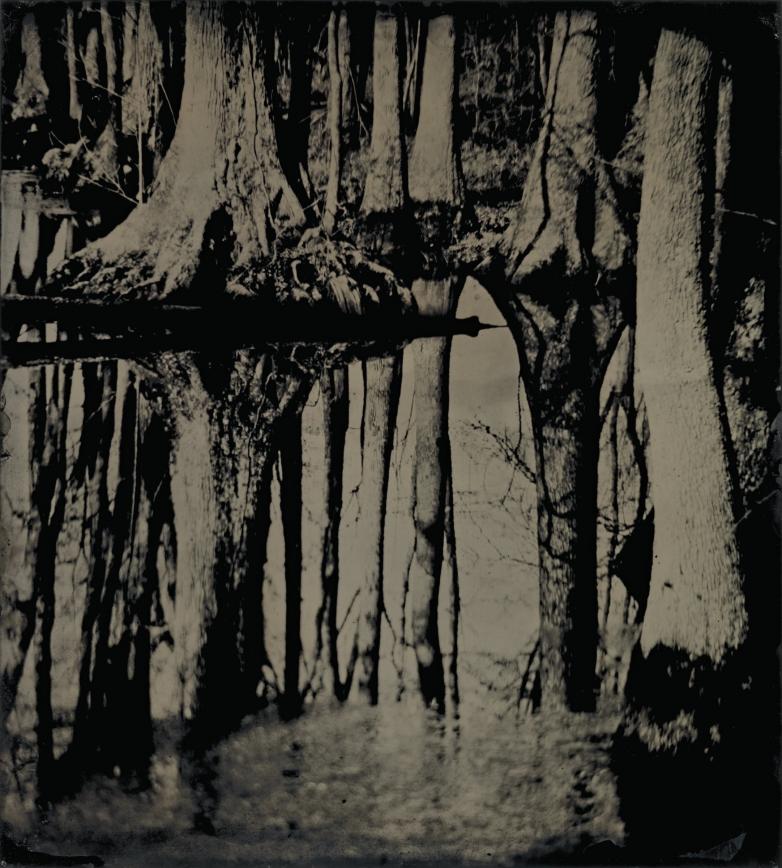 Sally Mann’s black and white photographs represent a 40-year quest to document the American South, the people who call it home, and the unending battle between life, death, and decay. Consider, for example, Hephaestus, Mann’s 2008 portrait of her husband, Larry, who suffers from muscular dystrophy. Larry’s exposed torso is partially eaten by the chemical reactions caused by wet-plate collodion photo processing, creating a ghostly, slightly mysterious composition. Most of Mann’s photographs possess that quality--by turns incredibly intimate and uncomfortably disturbing. Now, a Mann retrospective that’s been traveling across the country is coming to the High Museum in Atlanta.

“I’m thrilled to launch my tenure at the High with A Thousand Crossings, an exhibition that is not only dear to my heart, but also makes perfect sense for the museum, which awarded Sally Mann the first ‘Picturing the South’ commission in 1996,” said Kennel, whose previous employer was the Peabody Essex. “Mann’s drive to ask the big questions—about love, death, war, race and the fraught process of growing up—coupled with her ability to coax powerful emotional resonances from the materials of her art make her one of today’s most compelling artists.”

Portraits, Civil War battlefields, and landscapes figure among the photographs on display, recalling by their very arrangement photos hailing from the early 19th century. The resemblance isn’t happenstance; Mann combines antique processes with experimental techniques to achieve these complex pieces. Her kit includes an 8-x-10-inch view camera, high-contrast Ortho film, and the wet plate collodion process. By nature, these are cumbersome and wholly tactile applications. Out of this process come light flares scratches, and other indicia of an artist trying to bend time while also representing a certain idea of the American South as a repository of a collective memory marked by aggression and renewal.

“With this exhibition we continue to recognize of the importance of Mann’s work, which explores themes that will strongly resonate with our regional audience but that also addresses universal human concerns,” said Rand Suffolk, the High’s Nancy and Holcombe T. Greene, Jr., director. “We are delighted to have Sarah on board to lead the project, and we look forward to bringing these powerful photographs to Atlanta.”