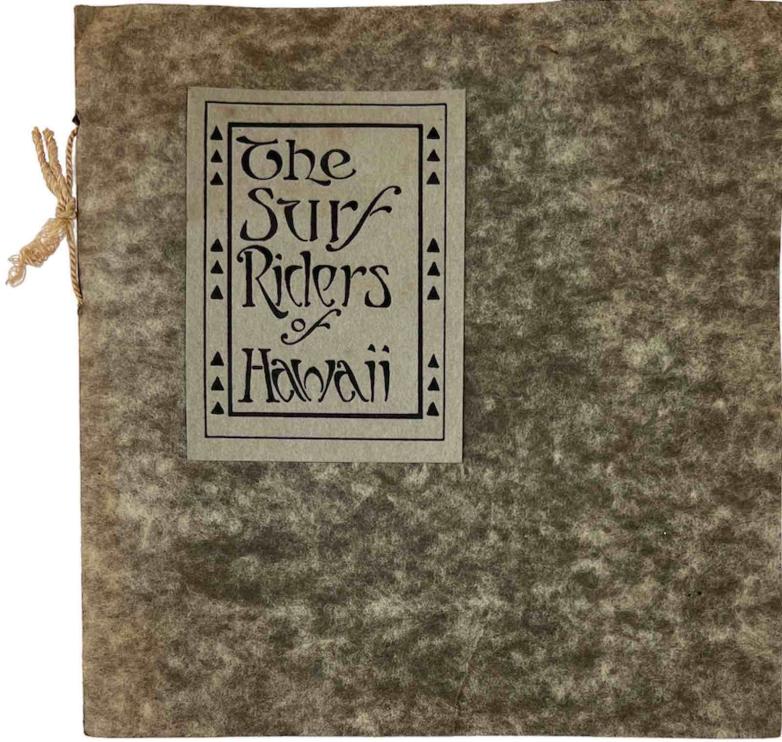 Whether you’re an armchair surfer or can confidently hang ten alongside Kelly Slater, you’ve probably heard of The Surf Riders of Hawaii – the earliest and most important book pertaining to the sport of surfing. Only eight copies of the book – all of which contain actual photos of surfers in Hawaii around 1910-1914 – are known to exist. One of those extraordinarily rare books will be auctioned on January 27th in an online-only event through LiveAuctioneers. It is the top prize in a 350-lot selection of goods being offered with no reserve by Los Angeles Estate Auction.

The Surf Riders of Hawaii books were handmade by A R Gurrey Jr, who had a shop in downtown Honolulu that sold photos, either loose or framed. He also did custom framing and produced and sold greeting cards and holiday cards that were printed as photographs, then trimmed and folded to the appropriate size. A distinctive trademark of Gurrey’s work was the addition of hand calligraphy, which added beauty and flair to the surfing books.

“There can be no question that Gurrey was passionate about the surfing-book project. He was a member of the Hui Nalu surf club that counted as one of its founding members the legendary Duke Kahanamoku,” said a spokesman for Los Angeles Estate Auction. “Gurrey spared no effort to create books that were a tribute to Hawaiian culture, with high-quality photos of surfers at Waikiki and the addition of romantic poetry and descriptive prose.” 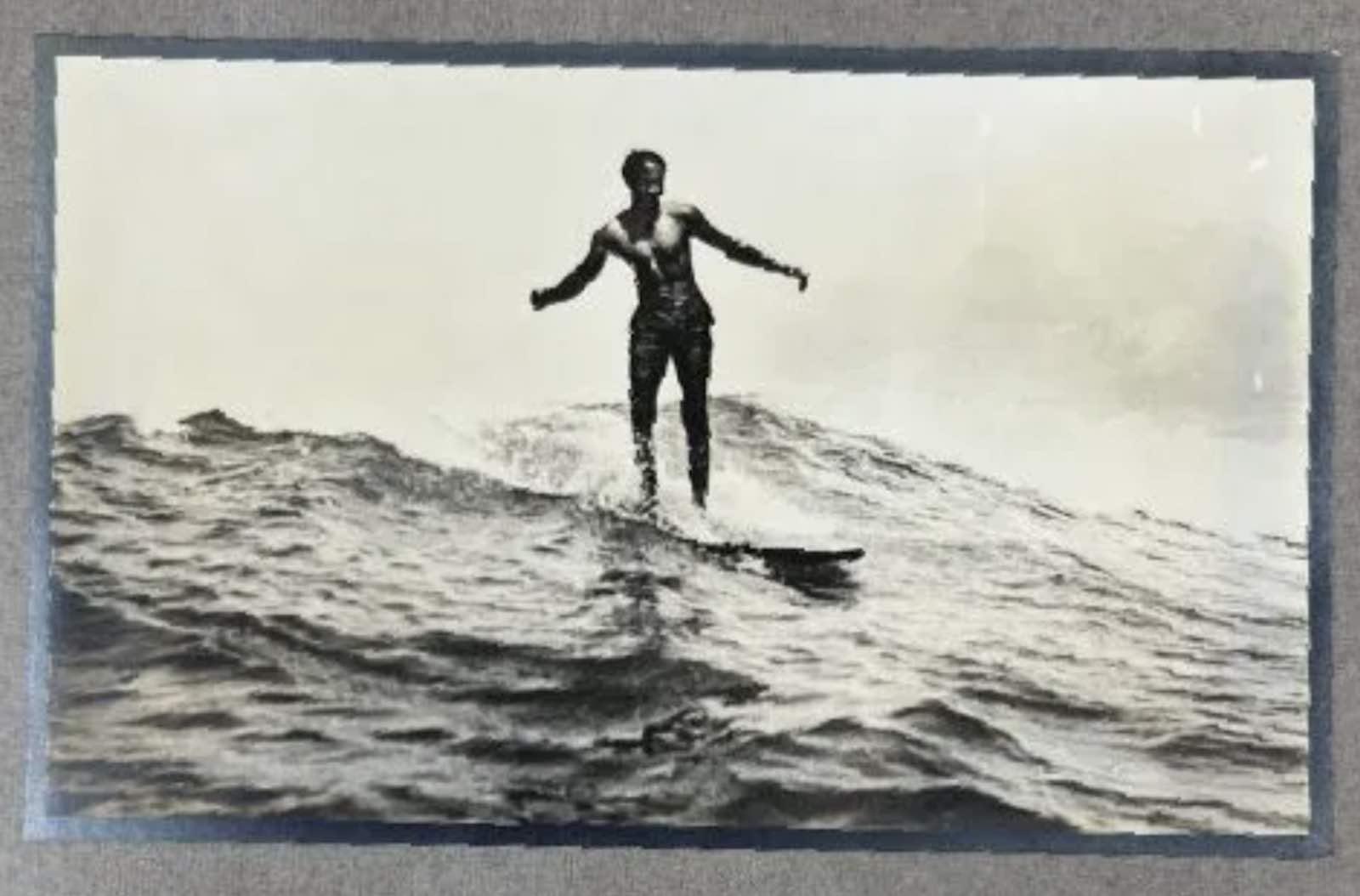 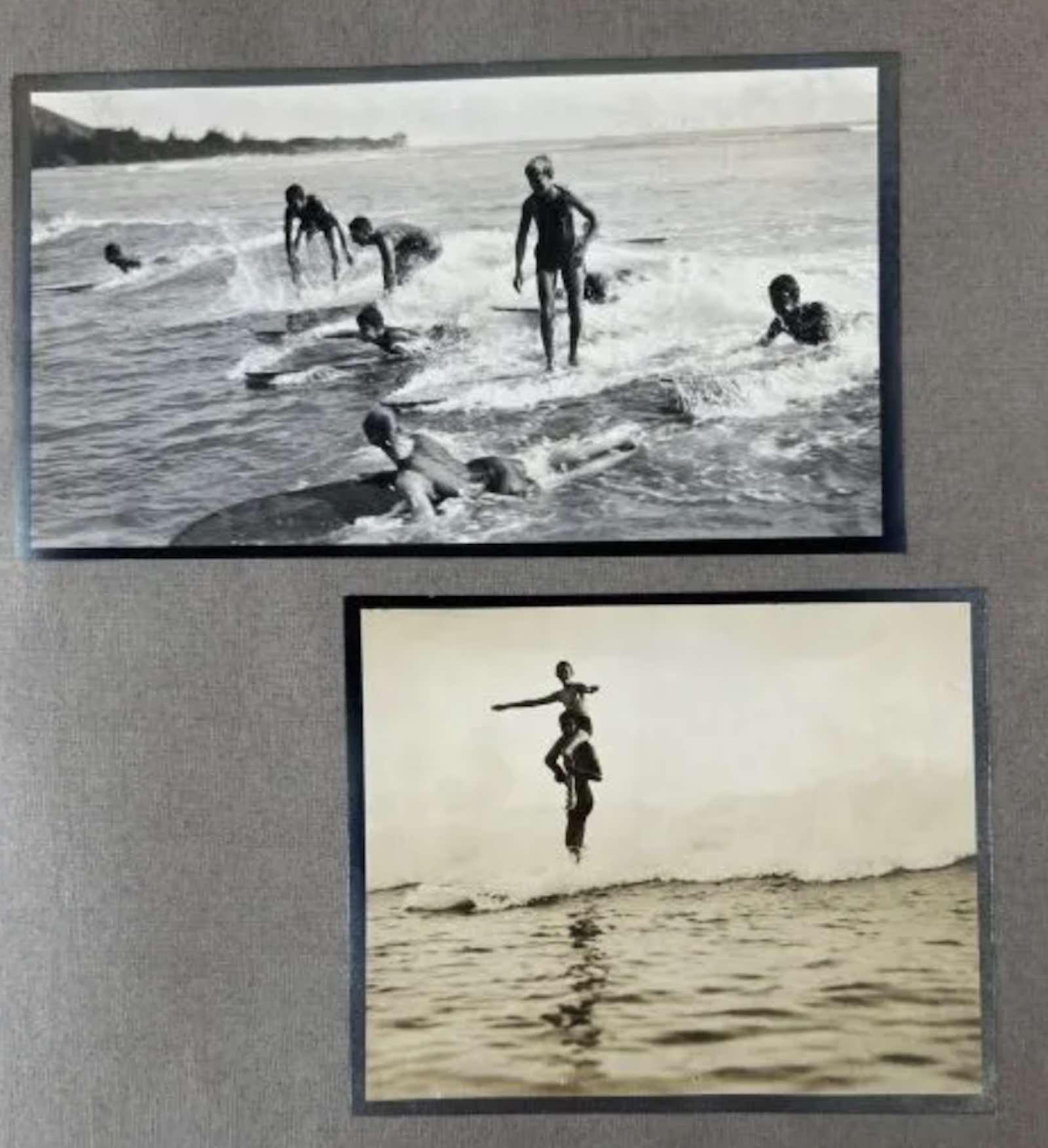 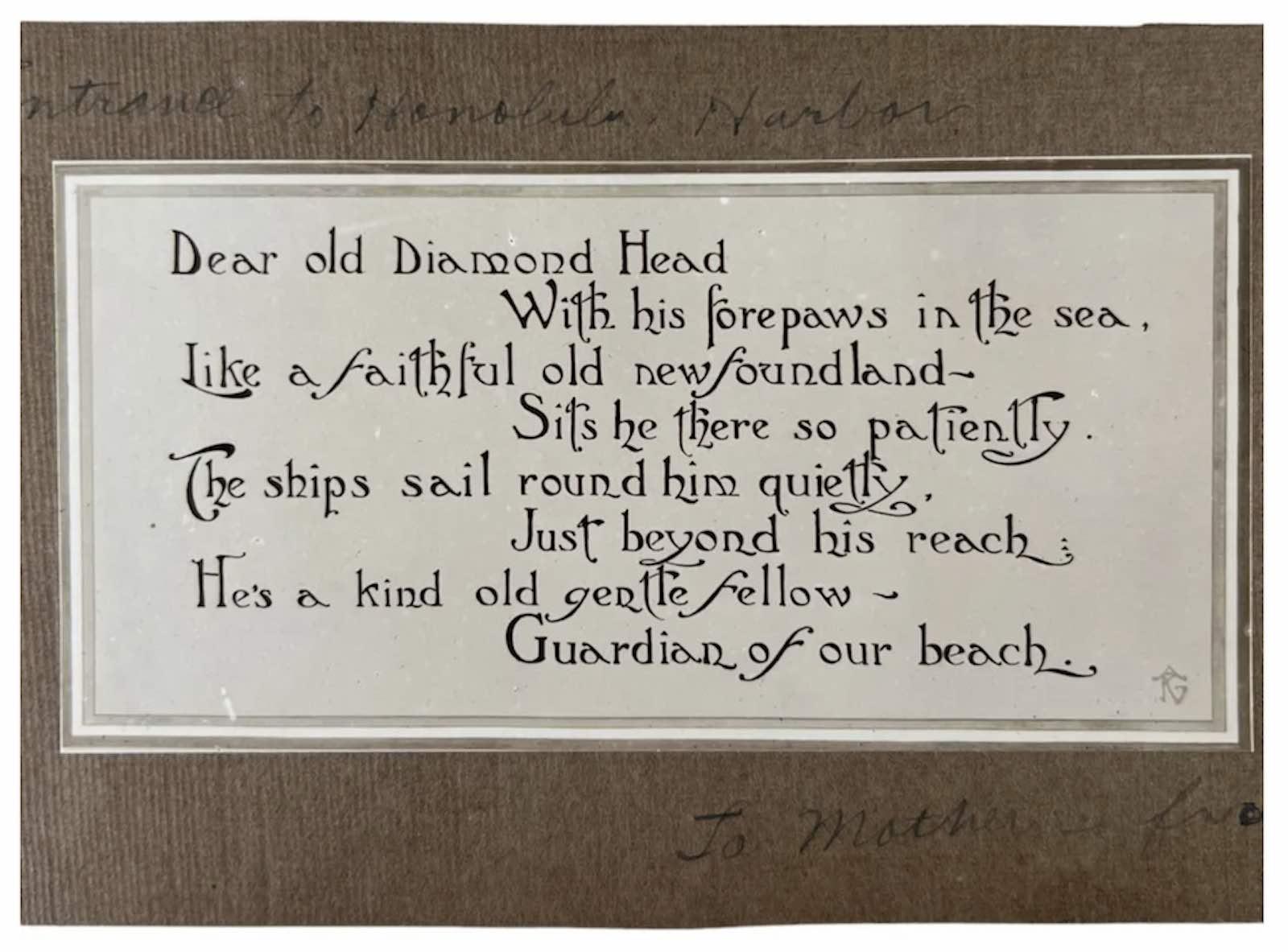 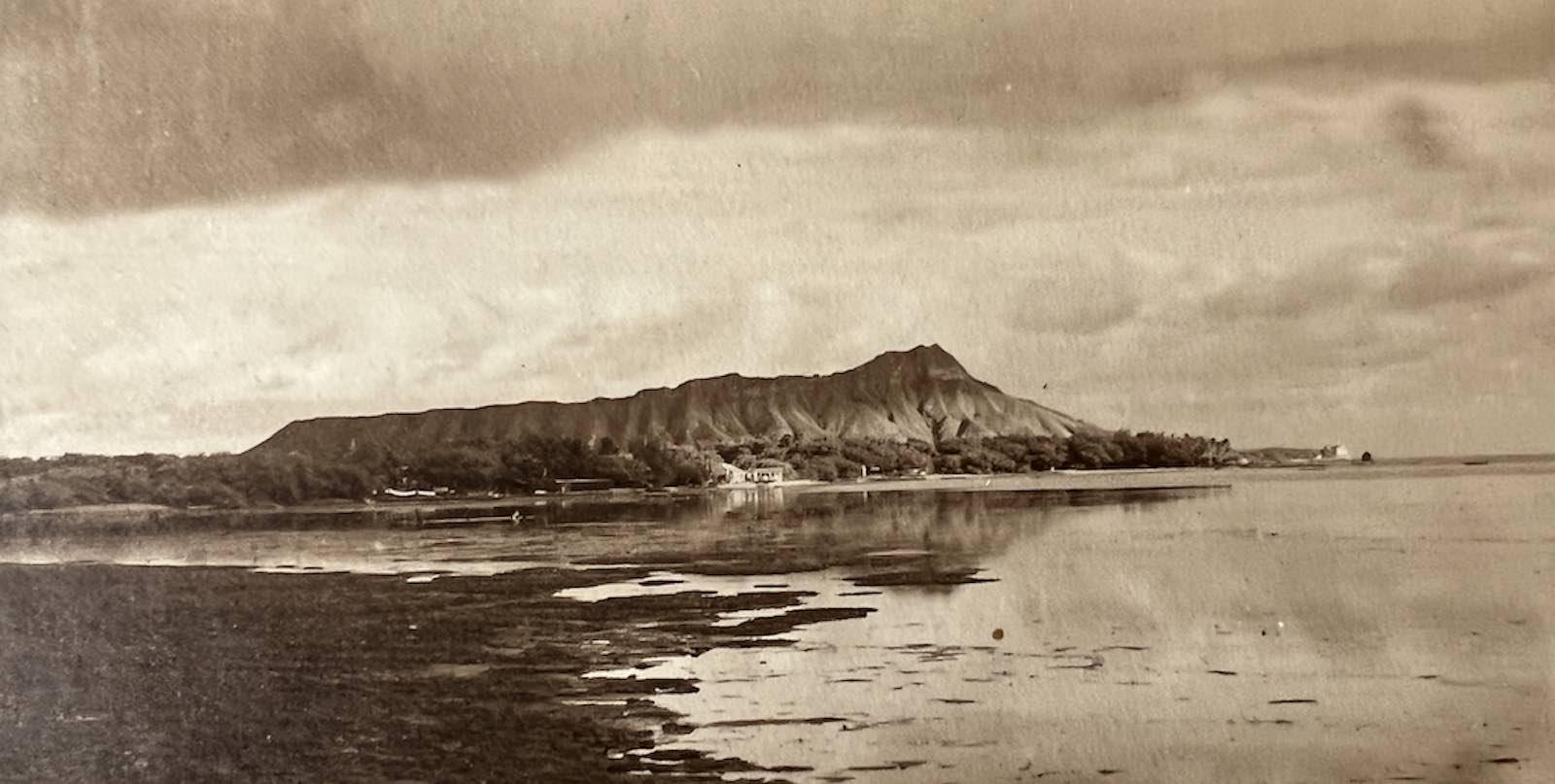 The photos in the book were mounted directly onto heavy paper stock, then the pages were bound together with colorful cord. “Each book was just a bit different, with some having a single photo on a page and others with two to a page. This is the only one known that still has its original bonus booklet,” the spokesman said.

No one knows how many copies of The Surf Riders of Hawaii were initially produced. The number was never documented to begin with, and a fire at the author’s home is known to have destroyed many copies, further compounding the mystery. The most recent sale of one of the books was at Sotheby’s on July 21, 2020. That particular example did not have the coveted bonus booklet and sold for approximately $35,000.

The book in Los Angeles Estate Auction’s January 27 sale was consigned by a Santa Barbara collector who acquired it at a local estate sale. The identity of the book’s original owner is not known.

Hugely significant to the history of surfing, The Surf Riders of Hawaii chronicles what was an emerging sport through period photos that are unquestionably the finest surf images of the era and a thing of rare beauty today. Each photo shows a surfer or surfers riding the waves at Waikiki less than 20 years after the reign of Queen Lili’uokalani ended and Hawaii became a US territory. Los Angeles Estate Auctions estimates the book in their sale will attract a winning bid in the range of $30,000-$50,000. There is no reserve.