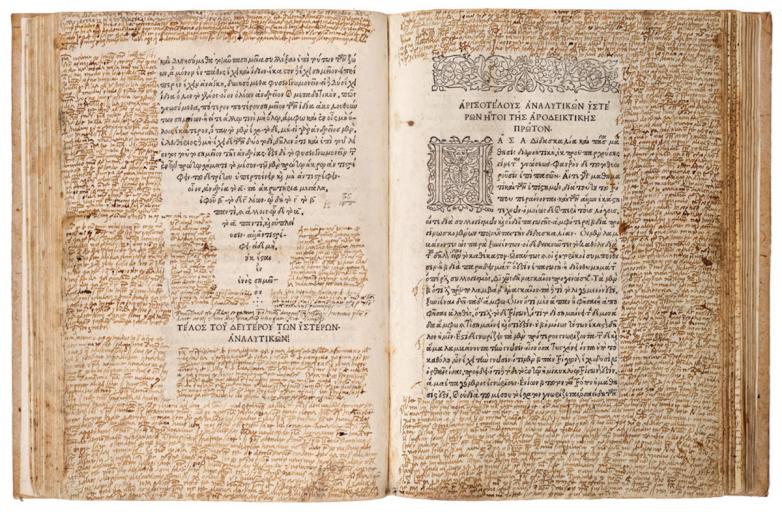 Last week the New-York Historical Society unveiled Aristotle: From Antiquity to the Modern Era, an exhibition of more than thirty rare books and manuscripts from the collection of Martin J. Gross, many of which are on public display for the first time. Notably, many are also thick with annotation—the scribblings of students and scholars throughout the ages as they pondered the Greek philosopher’s theories—and show how the ideas of Aristotle (384-322 BCE) proliferated via reprints and translations. 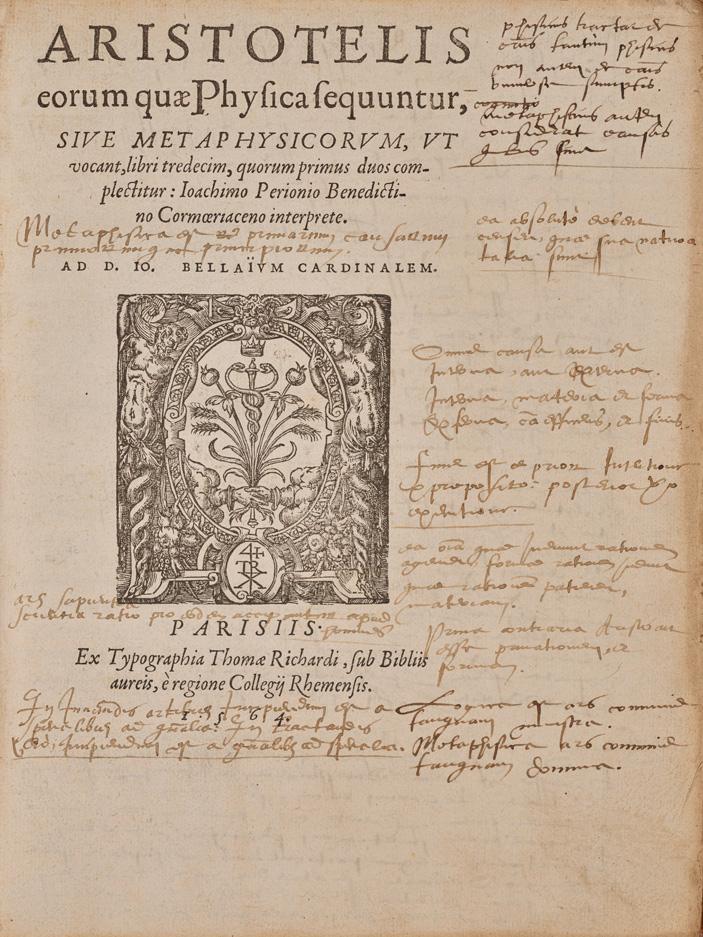 The centerpiece of the exhibition is the five-volume edition of Aristotle published in Greek by Aldus Manutius of Venice (pictured above). Published at the tail end of the sixteenth century, the incunable has survived more than five hundred years and, in its copious marginalia reveals how three early readers between 1500 and 1800 reacted to Aristotle’s work. Manutius, founder of the Aldine Press, is known for many innovations in publishing history, one being his decision to print Greek and Roman classics in their original languages and make them widely available; Aristotle was one of his first productions.

Another exhibition highlight ties Aristotle to Galileo through the annotations of Francesco Buonamici—Galileo’s teacher—that appear on a commentary on Aristotle’s Posterior Analytica.

“This exhibition is a celebration of the importance of scholarship and learning, which is at the core of what we do at New-York Historical through our educational programs,” said Dr. Louise Mirrer, president and CEO of N-YHS. “Aristotle contributed to countless fields, including logic, ethics, political theory, rhetoric, natural science, psychology, economics, and astronomy, among others, and the works on display demonstrate how knowledge is passed down through the centuries and built upon by each new generation.”

Aristotle: From Antiquity to the Modern Era is on view through January 2, 2022.