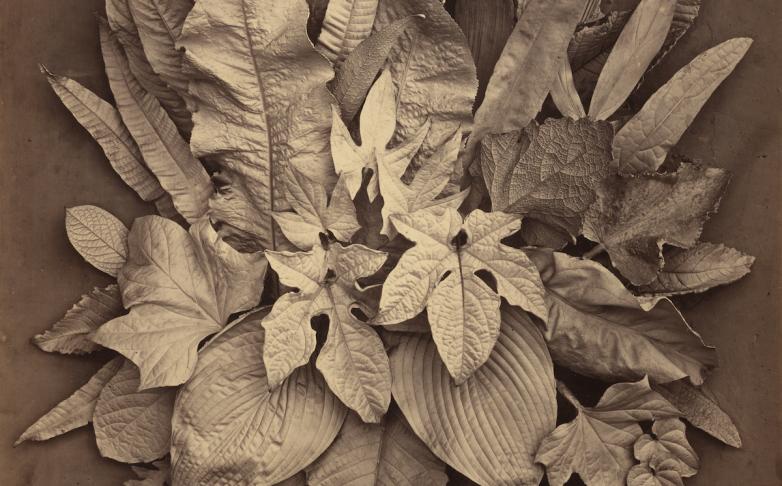 The National Gallery of Art (NGA) in Washington, D.C., announced earlier this week the acquisition of its first work by the nineteenth-century French photographer Charles Aubry (1811–1877). Aubry’s Untitled (A Study of Leaves) (1864) is indicative of the botanical still lifes for which he is best known. 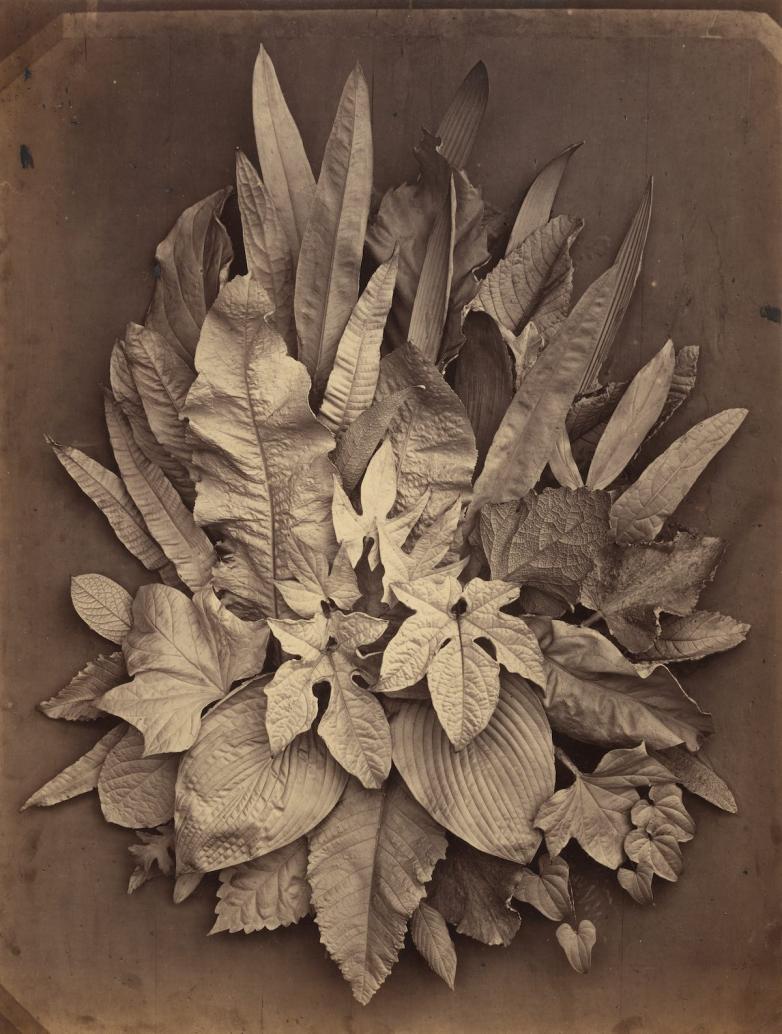 The full print of Aubry's Untitled (A Study of Leaves).

Aubry was a textile designer as well as a photographer, and his images reflect his understanding of texture. For this photograph of leaves, for example, he dipped leaves and flowers into plaster before placing, piling, and styling them into position. “The plaster coating enhanced the texture and three-dimensionality of the foliage and allowed him to capture detail in green objects such as leaves (his collodion negatives were overly sensitive to the color green),” according to the NGA.

Aubry made 200 innovative photographs of flowers and fruits, but photography was still an art form yet to be fully appreciated, and while he kept his business going into the 1870s, he found little success at the end of his life. Now, 140+ years later, his “dazzling luminosity” as a visual artist is being reevaluated, as organizations like the NGA, the Art Institute of Chicago, and the Getty Museum, gather his work.

And if auction records are any barometer, Phillips sold this same photo in 2017 for $137,500, more than double its low estimate; their catalogue calls it “a masterpiece in the still-life genre, both in painting and photography.” Others sell for much less, e.g. Aubry's “Study of a Vine” ca. 1865 sold for $2,000 in 2018.