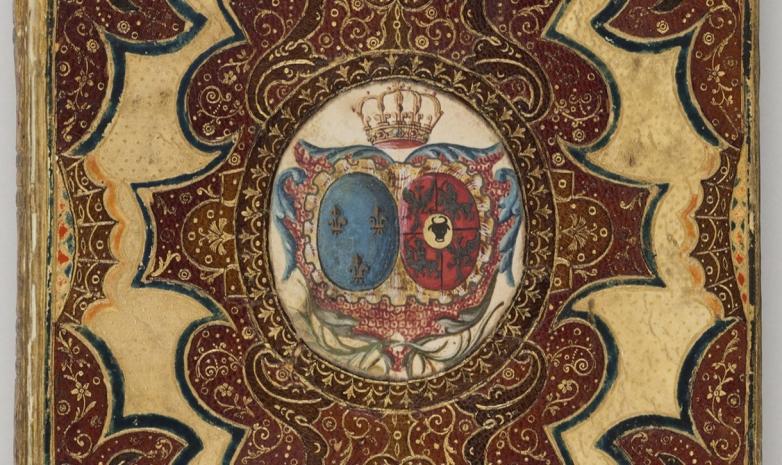 New York — The Morgan Library & Museum announced today the acquisition of an unparalleled collection of eighteenth-century French manuscripts and bindings bequeathed earlier this year by Mrs. Jayne Wrightsman in honor of her dear friend and longtime Morgan board member Mrs. Annette de la Renta. This gift builds on J. Pierpont Morgan’s original holdings and complements other important collections, such as the French illustrated books bequeathed to the Morgan by Gordon N. Ray and the French literary classics donated by the Heineman Foundation.

Beginning in the late 1960s, Jayne Wrightsman assembled one of the greatest collections of eighteenth-century French bindings in private hands, perhaps second only to the Rothschild Collection at Waddesdon Manor. Her achievements as a book collector were recognized by the Roxburghe Club, which elected her to be one of its forty members. J. Pierpont Morgan was the first American to receive that honor, and he too acquired important bindings of that era.

Mrs. Wrightsman recognized the important role bookbinding played in the decorative arts and the cultural life of the ancien régime. Elaborately embellished bindings with armorial bearings signaled the rank, wealth, taste, and learning of titled bibliophiles. Many of the Wrightsman bindings are works of art in their own right and were displayed in her stately apartment in conjunction with complementary decorative arts and furniture, often from the same period. Some of the bindings have been attributed to Luc-Antoine Boyet, Antoine-Michel Padeloup, Nicolas-Denis Derome, and other proprietors of workshops active in the eighteenth century.

“It is a great honor to receive such an extensive gift of eighteenth-century French manuscripts and bindings from a long time supporter of the Morgan, Mrs. Jayne Wrightsman,” states Colin B. Baily, Director of the Morgan Library and Museum. “Mrs. Wrightsman’s bequest is an incomparable addition to the Morgan’s collections. We look forward to displaying these treasures in the near future.”

Among the illustrated books are the two great editions of La Fontaine: the four-volume folio with plates after Jean-Baptiste Oudry and the “Fermiers Généraux” two-volume octavo with plates after Charles Eisen, both bound in gilt-tooled dentelle morocco. Also included are books on politics, religion, court entertainments, music, and military strategy. Altogether, the collection contains 19 manuscripts, 149 printed books in 177 volumes, and 10 watercolors of botanical subjects.