MoMA Announces Gift of Photographs from the Gayle Greenhill Collection 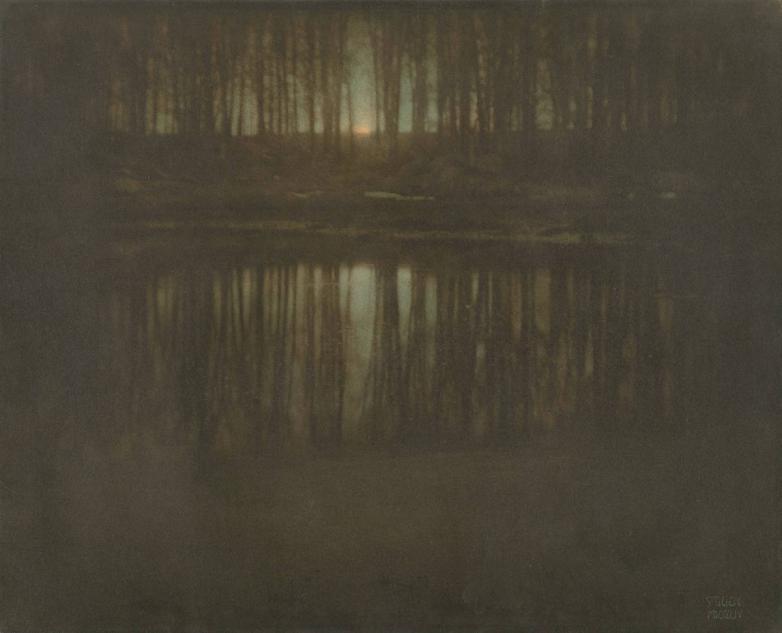 In addition to masterworks by established figures, the Greenhills collected a wide variety of documentary and press photography, much of it unattributed. These include many photographs taken during World War II—some by Steichen’s photography corps—and the Korean and Vietnam wars. The Greenhills had a keen interest in exploration, collecting extensively in the areas of early aviation, including photographs of the Wright Brothers’ foundational experiments (1903–1911), and the golden age of Antarctic exploration (1910–1915). Of particular note is a comprehensive set of prints by Herbert Ponting documenting Robert F. Scott’s expedition that began in 1910, a disastrous venture during which many, including Scott, perished.

Sarah Meister, Curator in the Robert B. Menschel Department of Photography at MoMA, remarked, “We are deeply honored that Mr. Greenhill has made this extraordinarily generous gift to memorialize Gayle in support of photography at the Museum. The collection is filled with singularly important treasures and lesser-known surprises that span the history of the medium, cumulatively suggesting the spirit of adventure and exploration that were at the heart of Gayle’s interests. No less significant, the collection’s strength and depth will provide generously for the future of photography at MoMA and its many audiences.”

Robert Greenhill observed, “Gayle’s deep love of photography and her longstanding connection to MoMA led us to the decision that this gift would be a fitting way to honor her memory. We look forward to future generations being inspired by her example, encouraging a sense of curiosity and engagement that was a hallmark of her connection to the medium of photography and her belief in MoMA’s programs.”

In addition to this gift made in her memory, during her lifetime Gayle and Robert Greenhill generously supported numerous acquisitions in response to strategic priorities established by the Department of Photography, including 44 inventive and unique photographs, photo collages, and video works by Lucas Samaras, a number of rare, early Conceptual works by William Wegman, and 28 prints from Robert Frank’s landmark series The Americans. All of these are regularly featured in collection displays and temporary exhibitions, both at MoMA and on loan to other peer institutions.

In recognition of the extraordinary quality and scope of the works in the Gayle Greenhill Collection, the Museum intends to organize an exhibition of its highlights—as well as other important works previously gifted by the Greenhills—and produce an accompanying publication in the future.

About Gayle Greenhill
Gayle Greenhill began to collect photographs in the early 1980s, and during the decades that followed she assembled a body of work that spans the history of the medium. She was a trustee of the International Center of Photography from 1985 to 2016, serving as Chair of the Board from 2001 to 2008. At MoMA, she became a member of the Fellows of Photography in 1989, and served on the Committee on Photography from 1992 until 2013. Gayle was born in 1936 in San Antonio, Texas, and met her future husband, Robert F. Greenhill, while a student at Vassar College. They married in 1958, and went on to have three children and eight grandchildren. Gayle and Robert’s partnership embraced all aspects of their life together, including Gayle’s activities as a collector. Since her death in 2017, Robert has cared for the collection, and has entrusted it to MoMA as a way of honoring her longstanding commitment to the institution, as well as her impact on the field of photography at large.