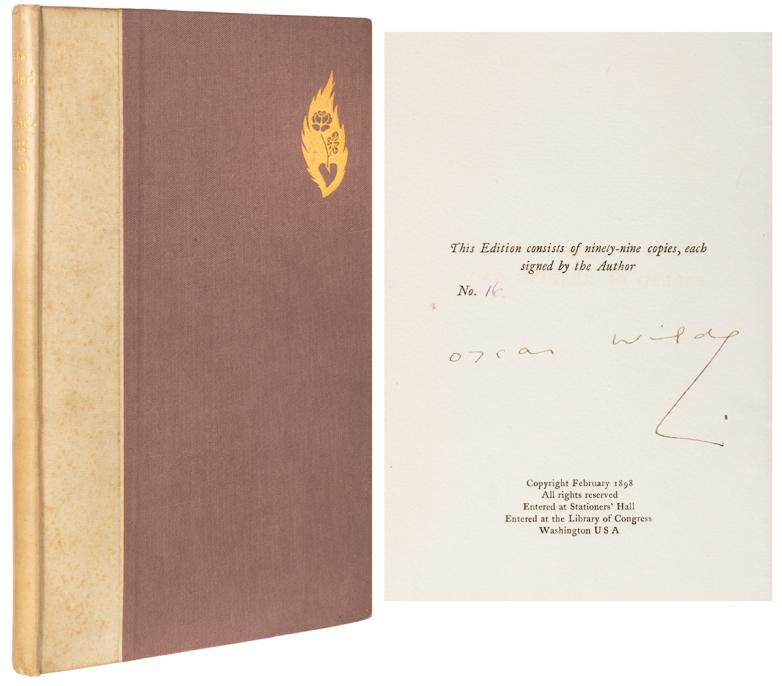 A copy of Oscar Wilde's The Ballad of Reading Gaol raised $26,400. This limited edition copy, number 16 of 99, was published in London by Leonard Smithers in 1898 and was signed by Wilde.

According to Christopher Brink, Potter & Potter Auctions' Director of Fine Books and Manuscripts, "We were pleased with how strong prices were for modern literature. We averaged $2,000 per lot and soared past most of the high estimates while smashing several auction records along the way including Wilde's signed limited edition of The Ballad of Reading Gaol for $26,400. We have certainly had some of the best book sales in the country to start the new year and we are looking forward to Q3 with our monumental sale in October that will feature the first printed work of Aristotle from the Aldine Press plus many other early works, Americana, and literature."