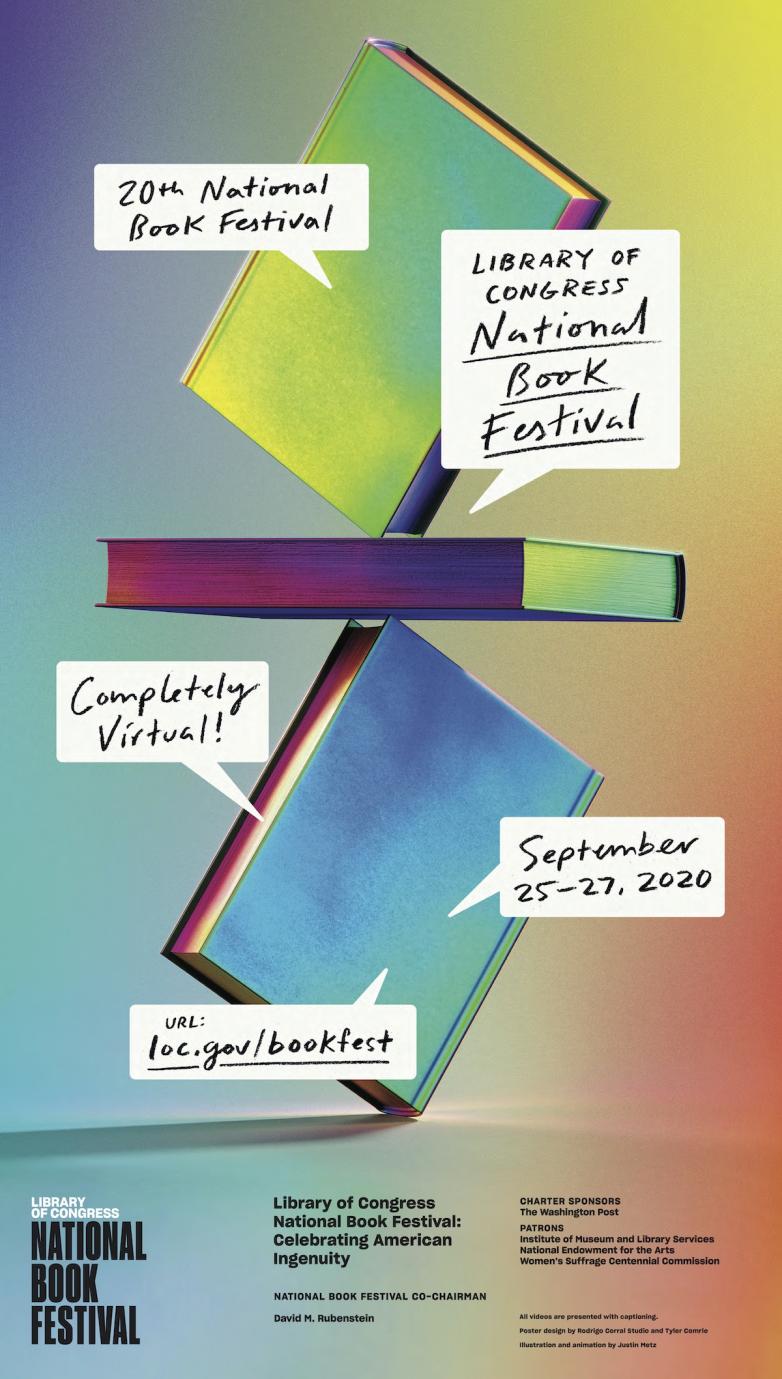 The 2020 National Book Festival poster was designed by Rodrigo Corral Studio and Tyler Comrie with illustration and animation by Justin Metz.

Washington, D.C. -- The 2020 Library of Congress National Book Festival will connect with audiences across the country for an interactive, online celebration of "American Ingenuity" for the festival's 20th year, featuring new books by more than 120 of the nation's most-renowned writers, poets and artists. The festival will also showcase the many ways our national library embraces all subjects in its unparalleled collection.

During the weekend of Sept. 25-27, virtual stages at loc.gov/bookfest will offer on-demand videos, live author chats and discussions, options to personalize your own journey through the festival with particular themes, and book buying possibilities through the festival's official bookseller, Politics & Prose, with a limited number of commemorative book plates signed by authors. The Library is also in discussion with broadcast partners to ensure broad access to the festival. Subscribe to the festival blog for updates on plans for the festival.

New to this year's festival is an opportunity for festivalgoers to take a deeper dive into timely topics engaged by many books across the festival's stages. Attendees are invited to follow three newsworthy threads that weave through the festival and offer a more profound appreciation for the subjects. They are:

Another new feature added to the 2020 festival is a new virtual stage called Family, Food & Field, which will include authors whose books cover such topics as food, home, sports, television and current issues, such as the Me Too movement.

More information on the authors whose books are part of these timely topic threads will be found on the festival website in the weeks before the event.