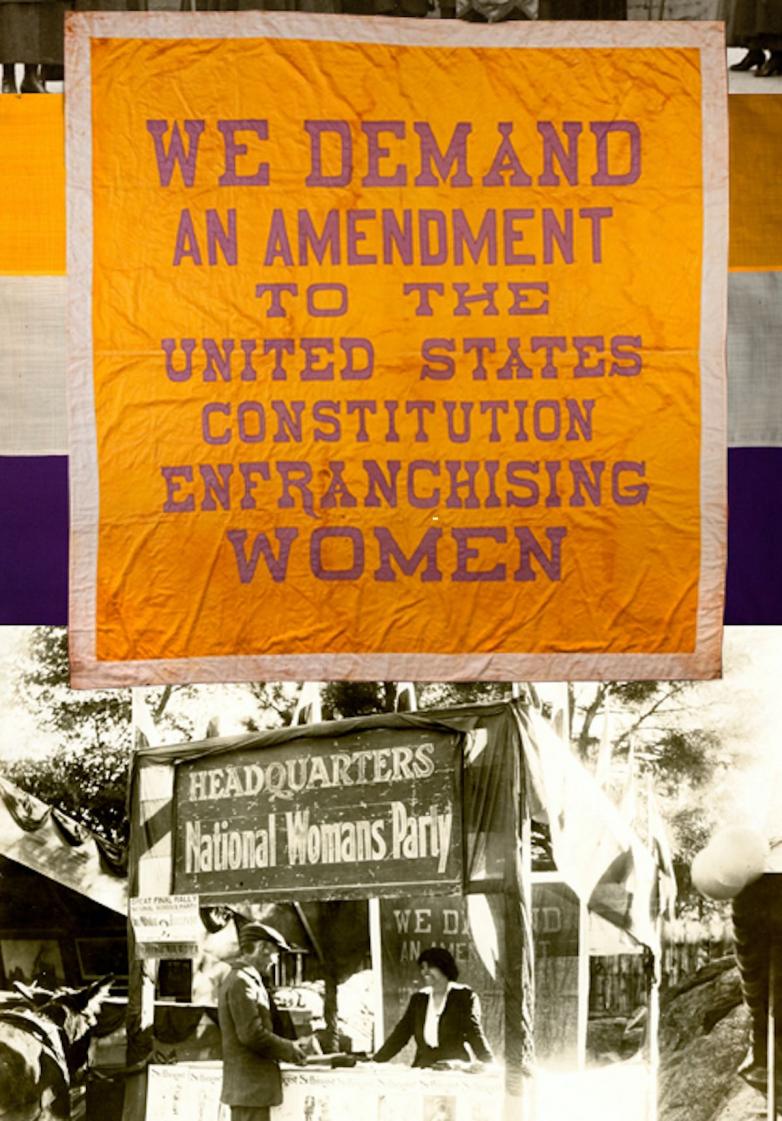 Washington, D.C. —  The National Woman’s Party (NWP) announced the gift of its historic collection spanning women’s suffrage and the movement for women’s equality to the Library of Congress and National Park Service. This gift comes as the country celebrates 100 years of women's constitutional right to vote and ensures public access to a trove of records about the history of the women’s rights movement in the United States.

This gift builds on established relationships between the NWP and the Library of Congress and the National Park Service. The Library of Congress, already the repository for a large majority of the NWP papers and related women’s history collections, will serve as the home for the remainder of the NWP’s records — approximately 310,000 documents, 100 scrapbooks, 50 political cartoons, 4,500 photographs documenting the movement, 750 volumes of periodicals, 2,400 books from the NWP’s Florence Bayard Hilles Library, and other paper and digital materials. The records, dating from the 1860s to the 2010s, include correspondence, administrative files, minutes of meetings, reports, financial and legal records, printed material, a legislative card file, posters and broadsides and other items. The Florence Bayard Hilles Library collection, considered the oldest feminist library in the United States, includes monographs and serials dating from 1720 to 2014.

Complementing the generous donation of these materials was the Library’s purchase of 167 original political cartoons by the NWP’s lead illustrator Nina Allender. The Library of Congress’ curatorial and digitization resources will ensure wider availability of these and other materials throughout the collection.

“American history is not complete without women’s history, and the Library of Congress is honored to preserve these original records, photographs, drawings and scrapbooks that document the history of women’s rights and the fight for equality,” said Librarian of Congress Carla Hayden. “We will be proud to make this historic collection of the National Woman’s Party available to the nation alongside our other extensive collections of manuscripts, prints and photographs.”

The National Park Service will receive the NWP’s textiles, banners, furniture, paintings, sculpture and other artifacts. Notable examples include the banners held by women picketing the White House for suffrage; an original “Jailed for Freedom Pin” that Alice Paul gave to NWP members who served time in jail; keys to the District of Columbia jail where picketing suffragists were incarcerated; and Susan B. Anthony’s desk.

“We are proud to accept this gift from the National Woman’s Party and become stewards of these priceless objects on behalf of the American people,” said Jeff Reinbold, superintendent of National Mall and Memorial Parks. “As we mark the centennial of the 19th Amendment, these furnishings and artifacts will help visitors to Belmont-Paul Women’s Equality National Monument understand the struggles of the National Woman’s Party and their critical work on behalf of women’s suffrage and equality in all walks of American life.”

“The National Woman’s Party was in the vanguard of the women’s suffrage and equal rights movements, and we are honored to gift this treasured collection to the American public so that the hard-fought battles for women’s rights are not forgotten,” said Susan Carter, president of the Board of Directors of the National Woman’s Party. “Our goal is to ensure the NWP’s history is preserved and made widely available to researchers and the public for posterity, an effort that began with designation of our headquarters as a National Monument in 2016. We are grateful to the Library of Congress and National Park Service for their commitment to preserving and sharing this iconic history.”

Founded in 1913 by Alice Paul and Lucy Burns, the National Woman’s Party led the fight for women’s suffrage and later for equal rights for women. In 1923, Alice Paul and her colleagues drafted the original Equal Rights Amendment to the Constitution, still being pursued today. The innovative tactics by NWP members — marching, picketing, organizing and successfully changing discriminatory laws at the local, state, federal and international levels — are chronicled in the historic collection that has been carefully preserved over the last century.