The Legendary Vladi Collection of Historical Maps at Guernsey’s 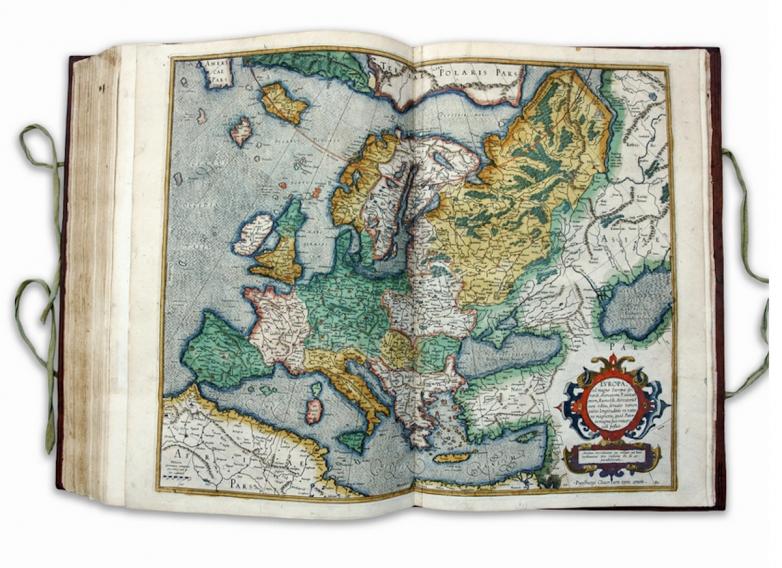 New York — Guernsey’s is honored to bring to auction The Legendary Vladi Collection of Historical Maps. The auction, scheduled for September 23, will include over 300 examples of the finest quality antique maps, with proceeds benefiting MapAction, an organization that uses maps to aid those in disaster-stricken areas. In addition to a discerning collector of maps, Farhad Vladi, is the foremost international island broker, having sold more than 2,000 private islands over his near five-decade career. His interest in antique maps was born out of his interest in islands. Whenever he represented an island, he would seek out antique maps of that island to gift to his clients. What began as a generous gesture burgeoned into a world-class collection.

As a member of the International Map Collectors Society, Vladi has traveled the world in his quest to amass a collection of the finest, rarest, and most beautiful maps he could find. The collection he assembled is a true depiction of the history of European map making, encompassing four hundred years of cartographic development with a focus on maps predating the 19th-century. The collection features maps from the world’s most noted cartographers including Gerard Mercator, Willem Jansz Blaeu, Abraham Ortelius, Johann Baptist Homann, Sebastian Münster, and Matthäus Seutter.

The oldest map in the collection, Magna Germania, by Ptolemäus and dated 1486, marks the start of modern map making as the first map printed from woodblock. Hartmann Schedel’s “Nuremberg Chronicle”, an illustrated encyclopedia recording world events, is one of the very first works printed by Gutenberg himself in 1493 and is of unmatched historical importance. Chronologically, these two works serve as exemplary works marking the beginning of map making in the printed era.

The work of Sebastian Müller, particularly a map of Europe and a map of the World, leads the Collection into the 16th century. Many of the maps date from the 17th and 18th centuries when the use of copperplate engraving allowed cartographers the art and precision not formerly achievable. The legendary works of the Dutch baroque masters Blaeu, Stoopendahl, Hondius and de Wit, and 18th century cartographers Johann Baptist Homann and Matthaus Seuter continue the tradition of copperplate engraving.

In addition to individual maps, the collection includes atlases and map sets. The atlases in the collection by Ortelius and Mercator, the inventors of the modern-day atlas, are exquisite examples with very fine coloring. One of the most sought-after examples of the history of cartography is the set of maps by Willem Jansz Blaeu, all colored by hand, that depict the world as known to his contemporaries of the four continents.

With such an extensive collection in hand, Vladi found himself asking “what can we do to help the world with maps?” This question led to his close collaboration with MapAction, a humanitarian organization determined to provide maps and other critical data to disaster response teams globally. For nearly two decades, MapAction’s emergency mapping services have aided responders with every crisis imaginable, from earthquakes to armed conflicts to COVID-19. MapAction’s support ensures that first responders have the best information to coordinate their efforts, allowing aid to be delivered effectively and efficiently to save as many lives as possible. As an homage to his relationship with MapAction, a portion of the auction proceeds will be donated to the organization.

The online-only auction is posted on three of our bidding platform partners: Liveauctioneers.com, Invaluable.com, and Bidsquare.com. Bidders can participate online, through absentee bidding, or phone bidding. For inquiries, please contact us at auctions@guernseys.com. or (212) 794-2280.