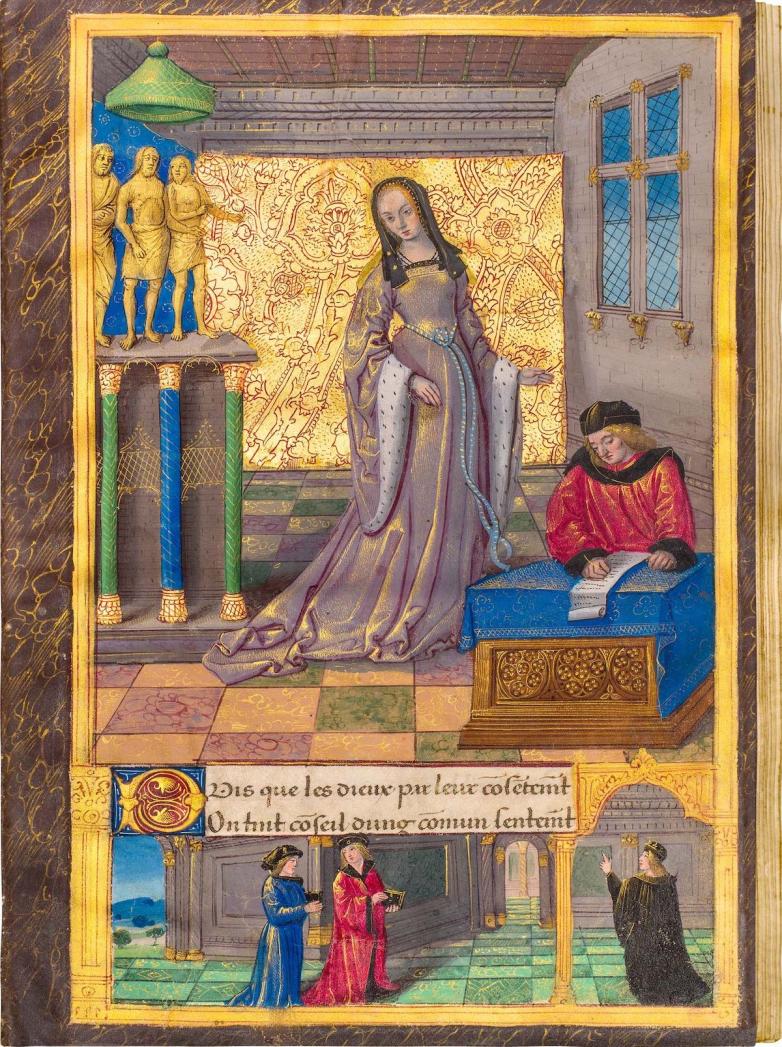 This unique text combines myths from Ancient Rome and the life of the 15th-century French court in a luxury presentation copy, intended for Anne de Bretagne, Queen of France. With eight full-page illuminations in exquisite colour, the Master of the Chronique scandaleuse brings to life the pathos of Octovien de Saint-Gelais’ translation, as well as Ovid’s influential source text.

Betrayal and heartbreak are central to this manuscript’s narrative. Not only do the women of mythical history berate their absconding husbands and lovers within the text, but the item itself was given to a queen whose husband, King Charles VIII, was a known adulterer.

With three French compositions by Saint-Gelais or François Robertet following the five Ovid translations, this manuscript is an intriguing exercise in collaboration between the truly ancient and the medieval French translator and illuminator. Chosen for its expansive storytelling and beautiful detail, the Epistres d’Ovide adds a flash of royal colour to TEFAF Online New York.

Though the stories which Ovid references are not new, taken from previous poems or well-known legends of Greece and Rome, he expertly crafts the voices of these heroines in order to tell their side of the story.

These figures of myth and legend are linked to the real world of Anne de Bretagne, who, featured in the final three French compositions that follow Ovid’s, is presented as a feminine tour-de-force, denying the men around her the right to exalt one woman above the rest.

The narrative of this manuscript is expansive. Not only is the Roman source text a treasure trove of mythical history and gender politics, but the translation and the three added poems provide a story in themselves. Anne de Bretagne’s presentation as a figurehead with a strong, peace-keeping voice would have allowed a young queen to view herself as the agent of her own Fate, not just a heroine abandoned on the shore, her life dictated by the men around her.