"I Am Providence": An Interview with Nick Mamatas 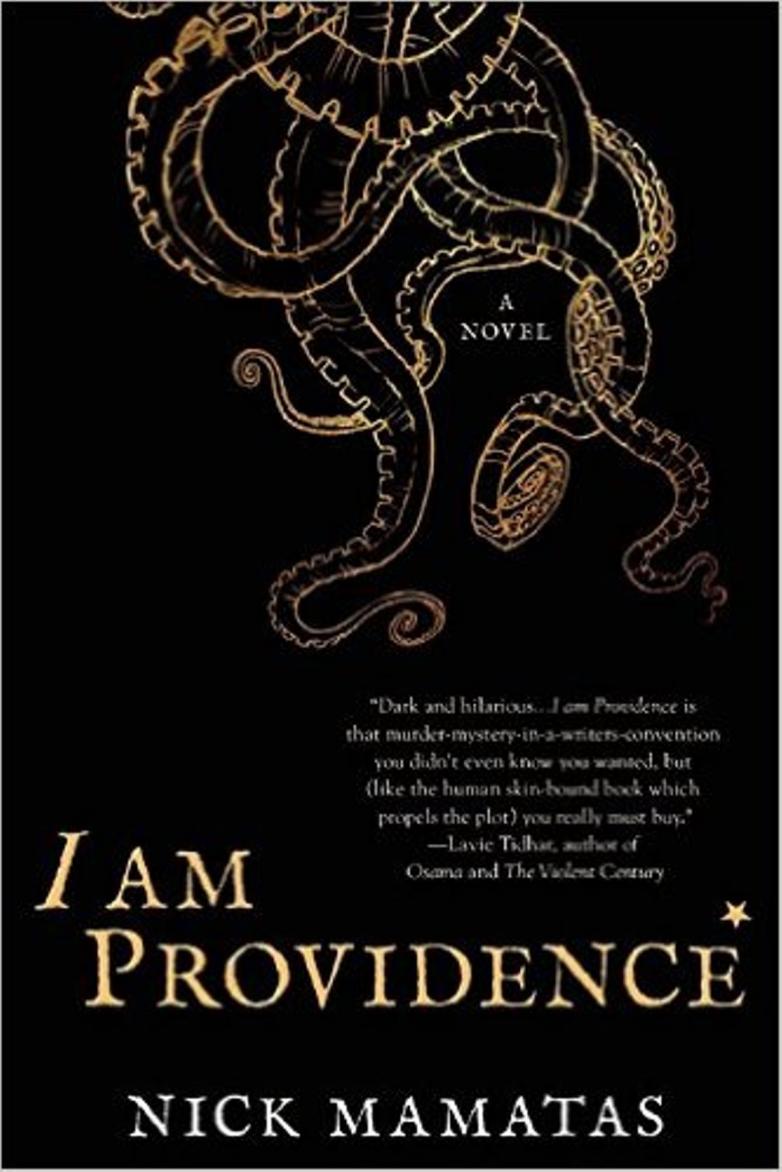 Nick Mamatas should be a familiar name to our regular readers. Mamatas has contributed several pieces to our print issues over the years, including "The New Alexandria" (Summer 2012) and "Lovecraft's Providence" (Spring 2011). His new book, I Am Providence, is out now with the Night Shade Imprint at Skyhorse Publishing. We recently interviewed Mamatas about "I am Providence" over email.

Please introduce our readers to "I Am Providence":

"I Am Providence" is, at its roots, a murder mystery that takes place at a fan convention for devotees of H. P. Lovecraft and the small press cottage industry that has risen up around him in the decades since his death. It can also be fruitfully read, I hope, as a metaphysical horror novel, and as a satire of current mores around fandoms and consumer subcultures of all sorts. Reviewers have tended to agree that it hits at least two of those three targets.

What's the origin story of "I Am Providence"? Initial inspiration?

The book was actually written on commission from editor Jeremy Lassen of Skyhorse Publishing's Night Shade Books imprint. His idea was "Bimbos of the Death Sun meets True Detective." Despite taking the commission, "I Am Providence" may well be my most personal novel. Even with the remit from the publisher, I had an infinite number of choices, and took them all. I wanted a manor house style Agatha Christie mystery, the peculiar and idiosyncratic points of view not uncommon in noir (in this case, one of the narrators is the corpse of the victim), the sinister philosophical meandering of Colin Wilson's Gerard Sorme trilogy, the pointed criticisms of vice typical of satire, and the like. I put in everything I had, basically.

We've covered anthropodermic bibliopegy before on our blog. Tell our readers about how the practice -- and the book collecting culture around it -- fits into your novel:

Simply, it's binding a book a book in human (??????????) skin (?????). In the novel, such a book, named Arkham, is the "McGuffin" of the plot. Our victim owned one copy of five and wished to sell. He turned up dead instead, with his own face removed, with the suggestion that that face might end up being number six.

Certain books are notorious and thus collectible because of a certain aura around them. Every librarian knows that older editions of occult title tend to vanish regularly, not because they're even that rare or because occult manuals actually "work" on any level save the psychological, but because they look cool and and weirdos like the steal. Books bound in human skin have just such an aura--people at university libraries and other special collections have expressed a little regret rather than relief when a book purported to be bound in human leather turns out to just ordinary sheepskin. Harvard Law School had one that turned out to be sheep after testing, though the inscription claimed "The bynding of this booke is all that remains of my dear friende Jonas Wright, who was flayed alive by the Wavuma on the Fourth Day of August, 1632. King Mbesa did give me the book, it being one of poore Jonas chiefe possessions, together with ample of his skin to bynd it. Requiescat in pace." Even way back then, pranksters were weird. Or someone's best friend was a sheep. With a surname.

Why do you think Lovecraft's fiction -- and the subculture that has grown up around it -- is so popular today?

Lovecraft is popular thanks partially to the important work of people who committed themselves to keeping his stories in print, and partially thanks to the peculiarities of copyright and Lovecraft's own practice of letting his friends use his terms and characters--it's an "open source" mythology of the 20th century. It lacks the baggage of the Old World myths of the vampire and the werewolf, and instead deals with issues of modernity--a mechanistic universe, an understanding of infinity--instead of trafficking in religious sentiment. In this way, it is popular in the way Romeroesque zombies are popular: something about it "clicks" culturally, and due to a series of accidents, the stuff ended up in the public domain and available for all to use to their own ends, so the cultural production and reproduction of the material exploded.

In the novel you affectionately skewer this Lovecraftian subculture, and the convention crowd that goes with it, as only someone could do who is intimately familiar with the scene. Tell us more about this dichotomy. What do you love -- and what do you dislike -- about the current Lovecraftian scene?

Like almost any other endeavor, most of the people with the time and energy to take organizational or cultural responsibility are often people who don't have a lot else going on in their lives so their leisure activities become deathly important, or who are so heavily committed to that work that their ability to evaluate the folks who come along to "help" is severely compromised. So when some solid, dependable, person does good scholarship or puts on a great event, it is not unusual for their assistants, confidants, or hangers-on to be what we use to call "climbers"--manipulative, petty, annoying, and always eager to first keep score and then settle scores. So basically we end up with these goons who invest too much of their identity and self-regard into running things, or we have good people happy to offload important tasks to horrid narcissists.

The plus side is that most people in the subculture are fun and creative and often carry alcohol on their persons at all times, so that's great!

Are you a Lovecraft collector yourself? Or, if not, what do you personally collect?

I don't collect anything. A freelance writer's income, plus frequent cross-country moves, has kept me from collecting anything. I do often buy collectible books as gifts though. My wife Olivia is the great-granddaughter of imagist poet F. S. Flint. I knew enough about rare books and dealers to get her a a decent copy of his "Otherworld for Christmas" after we moved in together, and that copy was in much better shape than any of the ones her parents had managed to hang on to over the decades. Being a writer means I do have some collectible books, mostly inscribed association copies of world firsts from friends who are a lot more famous than I am. My copy of China Mieville's "The City & The City" is even inscribed by him: "Dear Nick, This is now an association copy of TC&TC."

I have a website, cleverly located at nick-mamatas.com, and I love to tweet. I'm @Nmamatas over there.