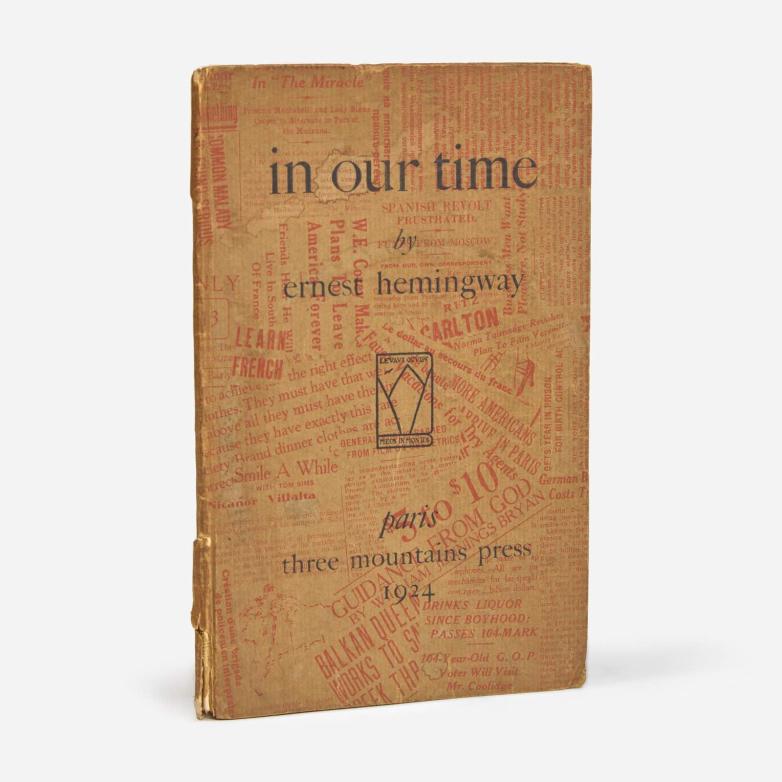 The February 2 sale is led by two extraordinary pieces: a rare leaf from the most famous book printed in the West, Johannes Gutenberg’s Bible (Lot 75), from a collection put together by paper guru and printing historian Dard Hunter and Ernest Hemingway’s presentation copy to his future editor, Maxwell Perkins, of the rare 1924 limited edition of his short story collection in our time (Lot 94), marking the beginning of one of the 20th century’s most important and legendary literary relationships.

Books and Manuscripts kicks off Black History Month with a selection of important African-Americana, including books and documents by and related to Martin Luther King, Jr. and the Civil Rights Movement. Among these is a first edition of Stride Toward Freedom: The Montgomery Story, MLK Jr.’s memoir of the Montgomery Bus Boycott, inscribed and signed by the monumental activist to Alfonso and Lucy B. Campbell, among some of the early organizers of the boycott (Lot 1).

The sale also features other documents related to the Campbell family, the Montgomery Improvement Association, and the Civil Rights Movement (Lots 2 and 3), as well as two titles signed by Civil Rights icon Rosa Parks (Lot 4).

Freeman’s February 2 sale features several distinct lots that celebrate 20th century sporting greats: an official NBA basketball signed by the 26 players and coaches of the 1996 All-Star game, including Michael Jordan, Shaquille O’Neal, and Charles Barkley, among others (Lot 140), a 1960 program, signed by Civil Rights icon and baseball legend Jackie Robinson, for the Montgomery Improvement Association’s Fifth Anniversary and Annual Institute on Non-Violence where he spoke (Lot 5), and an autograph album featuring a bold Babe Ruth signature, signed during the 1936 World Series (Lot 141).

Eadweard Muybridge’s groundbreaking photographic study, Animal Locomotion (Lot 114) features a large selection of 111 plates of the pioneering photographer’s work in motion studies featuring men and women, as well as horses and a variety of other animals.