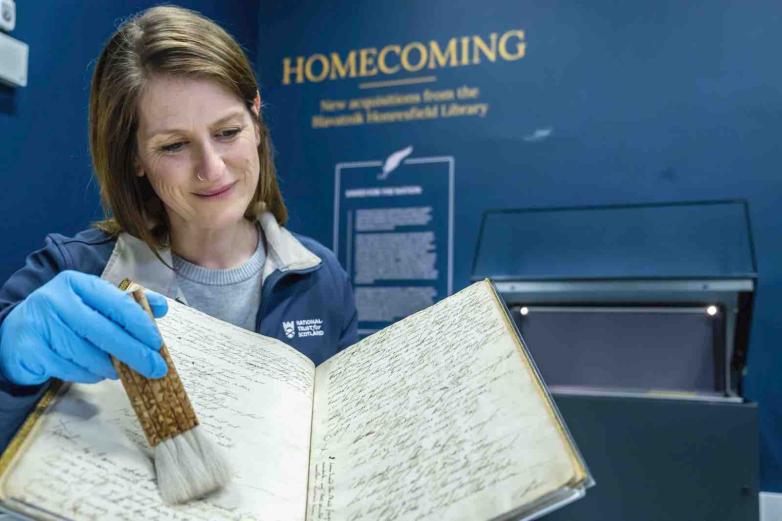 Twelve original manuscripts written by Robert Burns, which have just come into the care of conservation charity the National Trust for Scotland, will go on display this January as part of a new exhibition entitled Homecoming.

The important pieces include letters, poems Donocht Head and Queen of the Lothian and songs As I was walking up the street and O wat ye wha's in yon town giving further insight into the creative process of Scotland’s most famous poet.

They were donated to the National Trust for Scotland from the Blavatnik Honresfield Library by the Friends of the National Libraries in 2022 following a successful campaign to raise funds to secure these, and other important literary pieces, including works by Sir Walter Scott and the Brontës, for the public which were part of a private collection that was put up for sale in 2021.

The manuscripts join more than 5000 Burns-related items which are in the care of the National Trust for Scotland at the Robert Burns Birthplace Museum in Alloway. The site includes an award-winning museum experience, as well as the cottage where Burns was born in 1759.

Also part of the exhibition is the Burns First Commonplace Book which was given jointly to the National Library of Scotland and the National Trust for Scotland from the Blavatnik Honresfield Library by the Friends of the National Libraries in 2022. The book was last displayed in Scotland in 1896 at the major Burns exhibition held in Glasgow and provides an invaluable record of his development as a man and poet.

National Trust for Scotland Chief Executive Philip Long OBE said: “Securing this outstanding collection for the public was an excellent example of our sector working together to raise the funds and support needed to save them for our cultural heritage and ensure that they would be protected for and enjoyed by future generations. We are incredibly grateful to everyone who helped make this possible.

“Burns was inspired by nature, beauty and heritage and his work is of deep significance to Scotland. As the custodians of the place where Burns was born, and many of his most important works, the National Trust for Scotland is honoured to add these important pieces to our collection and to share these with the public through our new exhibition.”

National Librarian and Chief Executive of the National Library of Scotland, Amina Shah, said: “It’s fantastic to finally offer members of the public the opportunity to see these priceless items up close, after they were hidden away for so long. This is why we, alongside National Trust for Scotland and other organisations, worked so hard to acquire these items when they came up for sale – it was unthinkable that they would once again end up in private hands. It’s also fitting that the First Commonplace Book makes its first appearance at Burns’s birthplace – it will feel like a true homecoming.”

Homecoming is open daily at the Robert Burns Birthplace until March 12. Entry is free.