Crowdsourcing the Purchase of a Jane Austen Letter 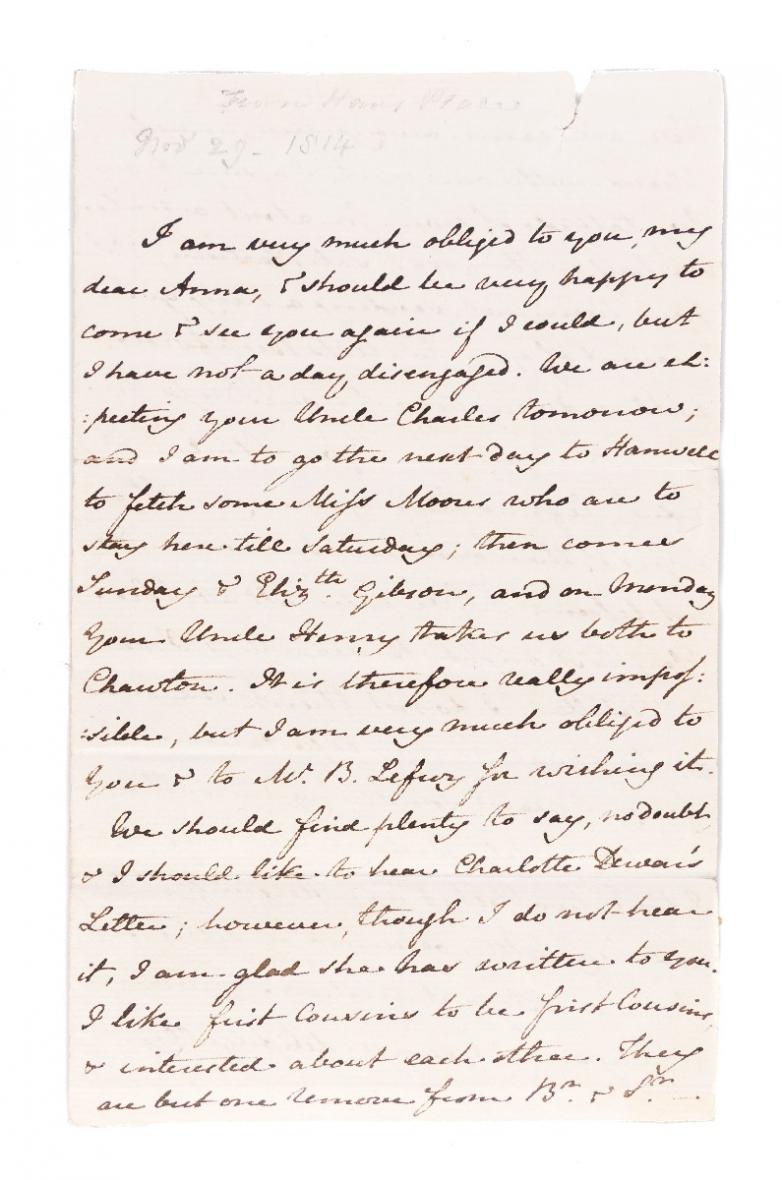 The Jane Austen House Museum is raising funds to buy this 1814 letter.

Jane Austen’s House Museum in England is hoping a crowdsourcing appeal will safeguard one of the author’s letters from being sold into private hands.

The call for public donations is for part of a letter written by Jane to her niece Anna on November 29, 1814 during a visit to her brother Henry in London. It mentions her cottage home in Chawton, Hampshire, now the site of the museum, and includes comments such as ‘I like first Cousins to be first Cousins, & interested about each other. They are but one remove from Br. & Sr.’ while she says about a visit to the theatre that: ‘I took two Pocket handkerchiefs, but had very little occasion for either.’

The museum already holds a dozen letters written by Jane and the plan is to put this letter immediately on display if the money is raised as part of this year’s 70th anniversary of its opening. It has already been awarded several grants towards the total price of £35,000 but needs to find £10,000 more from the public. As of this morning, they have nearly reached that goal, with £8,748.66 in the coffer so far.

You can donate at the museum’s dedicated Just Giving page up to July 31, and there is also a fundraising event at Maggs Bros. Ltd Rare Books and Manuscripts premises (where George Eliot once studied maths at what was then Bedford College) in London on July 23 where a page of the letter will be on display and Austen scholar Professor Kathryn Sutherland will deliver a talk.