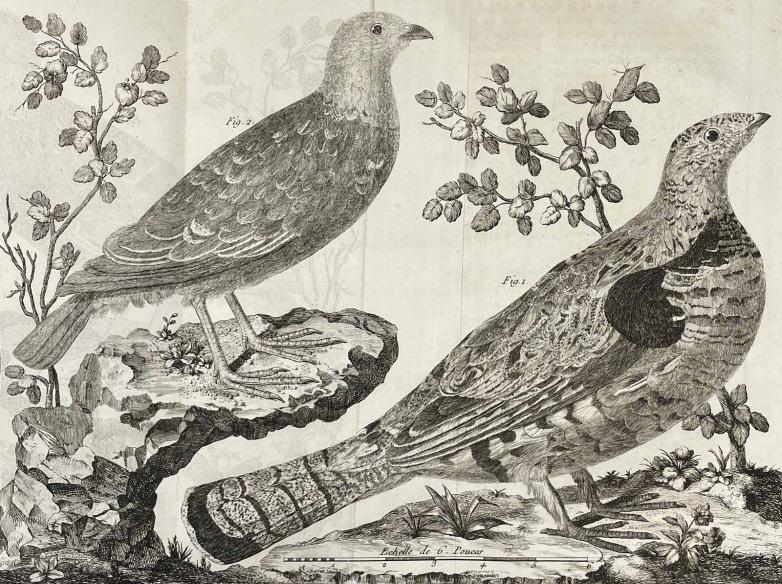 Illustration from Mathurin-Jacques Brisson's Ornithologie (1760), offered at ALDE this week.

A couple quiet weeks coming up in the sale rooms but here are the sales I'll be watching:

On Monday, December 19 at Dorotheum, 441 lots of Autographs, Manuscripts, Documents. A collection of letters and ephemera from the geographer Eugen Oberhummer (1859–1944) has the top starting bid at €5,000. A small collection of Venetian parchment documents with attached lead seals and five broadsheets starts at €4,000. Two small pencil drawings of scenes from Charlie Chaplin's film "The Kid" (1921) showing Chaplin and Jackie Coogan also starts at €4,000.

The sale of the second part of The Halpern Judaica Collection: Tradition and Treasure at Sotheby's New York ends on Tuesday. The 142 lots include a copy of the 1522 Bomberg edition of the Tractate Temurah, estimated at $7,000–10,000. A haftarah scroll commissioned by Baruch and Sarah Mayer of Wolfisheim and written by Joseph Bloch at Strasbourg in 1873 is estimated at $5,000–7,000. The Tractate Bava Batra from an early octavo edition of the Talmud printed at Krakow (about 1620) rates the same estimate.