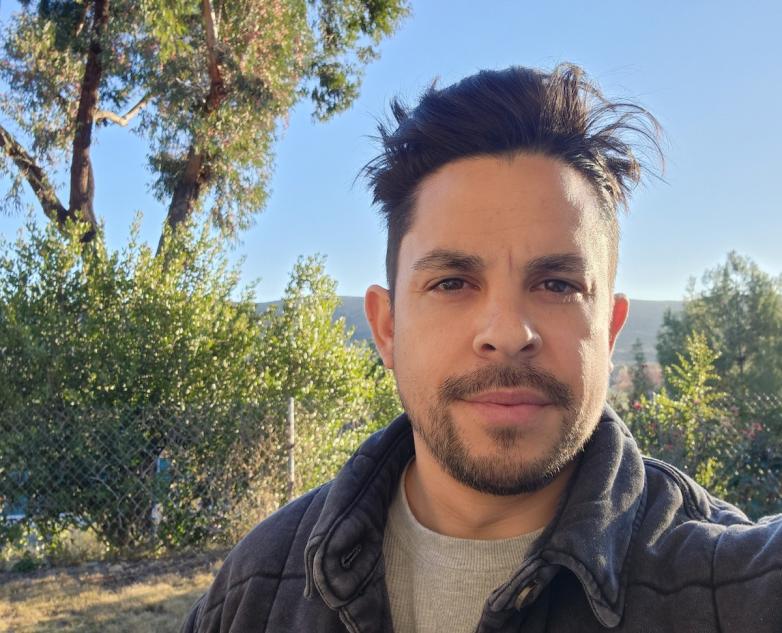 I work at the Special Collections Research Center (SCRC) at Syracuse University Libraries as a curator focused on the 20th and 21st centuries. My main responsibilities are to build, interpret, and teach with our collections.

I’m relatively new to the field having started in my current role earlier this year.  Prior to that, I worked at SU Libraries in another capacity and was given the opportunity to teach in the Special Collections Research Center on an occasional basis. There was no turning back after that! But it wouldn’t have been possible without a few mentors who were very generous with their time and who took a risk on what would probably be considered a “growth hire.” None of which is to say I didn’t have to put in a good bit of work to get started in the profession. A few career changes and a return to graduate school helped, in part, but I think special collections is a field that recognizes its barriers to entry and I hope to be a part of that discussion in the coming years.

Where did you earn your degrees?

I earned a Master of Library and Information Studies (MLIS) from Syracuse University, specializing in the preservation of historical materials. I hold graduate degrees from The City University of New York and Universiteit Twente in The Netherlands. My undergraduate degree is from San Diego State University.

The meeting minutes of a Syracuse-based African liberation advocacy group in the 1970s. It was interesting to have a seat at the table and read about their concerns ranging from the mundane to the aspirational: costs for xeroxing flyers ($1.85); plans to boycott a local theater; a "Marxist reading list." More interesting though was sitting with the woman who donated the materials and hearing her talk about her involvement with the group and her life since.

I like magazines from the 70s and 80s. I don’t have an impressive collection but do pick them up occasionally.  I’m a child of the 80s, not quite old enough to be nostalgic for the period, but nostalgia is probably what best describes my fondness for them. The imagery and writing can be so funny and self-conscious and those things attract me.

I like to spend time with my friends and loved ones. When I’m not tending to my old house, which is quite needy, I like to go to restaurants, watch movies, read, and visit the occasional junk store. I follow politics more closely than I care to admit but do like to stay current on topics that drive national discourse, especially those that impact the lives of working class and common people.  I try to play tennis and ride my bike as much as the Syracuse weather and motivation allow. I love San Diego Padres baseball and gossiping about the team with my dad.

The people that work in this field are what most excite me – there's so many smart, compassionate, and forward-thinking folks that I get to be around and collaborate with. It's very energizing.

A trend I’ve noticed and am encouraged by is our shifting ideas on value.  At least for those who work in academia, research value has traditionally been the main driver for collection development and, while we’re rightfully moving away from a narrow view of what types of primary sources have research value, it’s actually the inclusion of other types of value altogether that I’m most optimistic about. My institution for example has worked to incorporate teaching value as a greater influence on our collection development which has helped us to establish a more robust teaching program and greater interaction with our collections generally. Other institutions have been doing interesting and important work in understanding the role that community value has in special collections and archives. There’s still much to do in all areas and I think we’re up for it.

There’s no period after the “J” in the Forrest J Ackerman Papers which is an unusual and interesting place to start – it’s a collection that will soon be available to researchers, following a seven-year processing project. Ackerman’s name is probably familiar to science fiction readers, but I’m excited for what the collection has to say about the development of fanhood broadly. When the Hugo Awards were instituted in 1953 (SCRC also holds the Hugo Gernsback Papers), Ackerman was given the “#1 Fan Personality" award, which is a pretty good characterization of the man and his legacy. Among several other magazines, Ackerman edited Famous Monsters of Filmland, a publication that earned him several fan letters from a teenage John Carpenter of Halloween franchise fame. There’s correspondence with Shel Dorf, the founder of San Diego Comic-Con and countless other exchanges with fans from all corners of sci-fi, fantasy, and horror fandom. Ackerman is also credited with inventing cosplay, along with his long-time creative partner Myrtle Rebecca Smith Gray Nolan (aka “Morojo.”) The two wore "futuristicostumes" made by Morojo to the first-ever World Science Fiction Convention in 1939. It’s lesser-known figures like Morojo that I’m especially excited for the collection to bring attention to.

We’re getting ready to open an exhibition on the Black Arts and Black Power Movements which opens on January 19, 2023.  It’s called A Love Supreme. If you’re in the Central New York area, pay us a visit on the 6th floor of Bird Library, and if you’re not, be sure to check it out online. There’s been a ton of work put into it and we’re excited for the launch! Also, it’s further away but I’m currently working on a sci-fi exhibition, featuring the above mentioned Ackerman Papers, that will open in the spring of 2024.