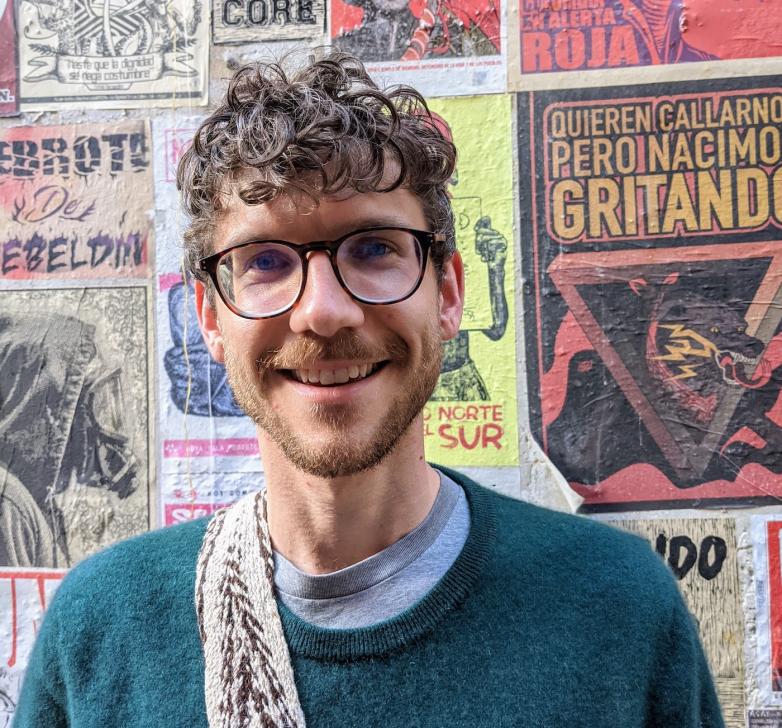 Our Bright Young Collectors series continues today with Joe Hiller of North Carolina, one of the winners of the 2021 National Collegiate Book Collecting Contest.

I was born in Durham, North Carolina. I spent my first four years in Chapel Hill, where my mom was a finishing her PhD, before my family moved to Lewisburg, a small town in central Pennsylvania. I attended Grinnell College in Iowa, and then lived for a few years each in Seattle and New Orleans. Three years ago, I returned to Durham for doctoral studies.

What did you study at University?

My undergraduate degree is in Gender, Women’s, and Sexuality Studies. I earned a master’s degree in Latin American Studies from Tulane University. Currently I’m a third-year PhD student in Cultural Anthropology at Duke University, pursuing a concentration in Gender, Sexuality, and Feminist Studies.

What do you do now for an occupation?

Still a student! I’ll be a “PhD candidate” by the summer. Well, if all goes according to plan. 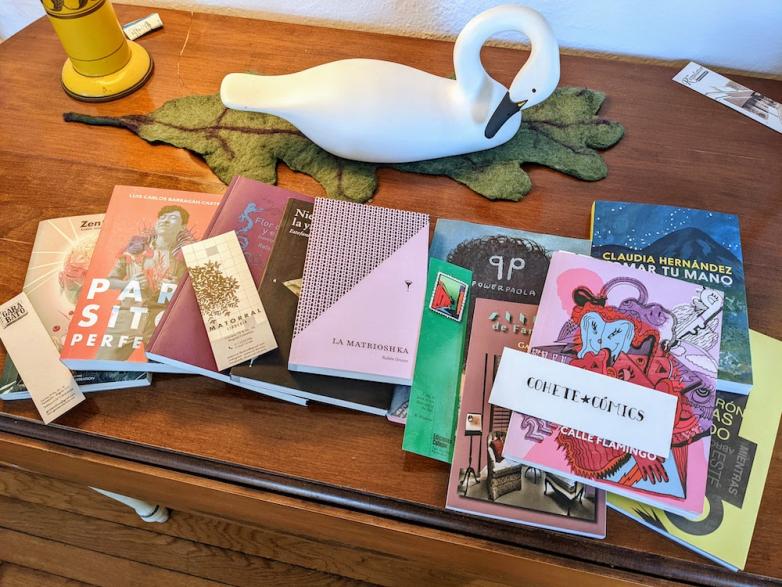 I’ve organized my collecting around small press, experimental, and untranslated Latin American literature. The categories are subjective and flexible—indeed, it’s cause for celebration when the last category no longer applies! (I’m always happy when a book finds a translator). I collect mostly novels and collections of short stories, but the collection also includes poetry, creative nonfiction, memoir, some zines, and a range of ephemera, such as bookmarks from Latin American bookstores. I collect primarily in Spanish (by which I mean Castilian—all due respect to Catalan and Basque and other non-Castilian Spanishes) but I do have a few works in Brazilian Portuguese and Haitian Creole, and one bilingual volume of poetry in Spanish and Quechua. I also collect translations of Latin American literature into English, mostly from independent presses such as Charco Press and And Other Stories Press, both of which are based in the UK.

I don’t abide by strict definitions of “small press” or “experimental.” The anthropologist Tobias Rees describes fieldwork as “a derailment machine”—likewise, my collecting method places faith in the aleatory. I don’t think it’s possible to be systematic with the kind of collecting I do. Most of my collecting has happened in person, at bookstores and book fairs in cities including Bogotá, Mexico City, Miami, and Medellín. I like to ask booksellers (and friends) about their recommendations, to scan the shelves until something jumps out, to learn to recognize specific Latin American presses (some of my favorites are Laguna Libros and Angosta Editores, both of which are Colombian). I’m interested in tracing how Latin American writers who receive little to no attention in the anglophone world engage with genres like speculative fiction or the war novel and topics like queerness, feminism, and the punk underground. I read to be surprised and challenged and I think of the collection as a storehouse of the unexpected.

I am as charmed by a beautiful new book as I am by one with a bit of history. Some of the works in my collection are well-used, such as those I picked up after Tulane’s Latin American Library retired them from circulation, while others are spotless first editions acquired through subscriptions to the UK presses mentioned above or new from bookstores.

At last count, upwards of 100, but the borders are fuzzy (politically I am persuaded that we should abolish borders). For example, I am not sure if I should I include Héctor Abad Faciolince’s sensitive and elegiac El olvido que seremos. On the one hand, Abad offers an innovative (read: “experimental”) approach to family memoir and to reckoning with Colombia’s violent history; on the other, my edition is from Alfaguara Editorial, very much not a small press (Penguin Random House is its parent company). Nor is the book untranslated. It’s even been made into a movie! I am much more unequivocal about including works like Antología Marica (Editorial Nomos, first edition, 2019), an anthology of prose, art, and poetry edited by the collective Calle Flamingo. I bought this book at Bogotá’s Trans March. It is the epitome of subversive queer literature, by turns abrasive, vulgar, romantic, and raunchy, and I am pretty sure the only place to buy Antología Marica is directly from members of the collective.

Something clicked in my mind when I purchased Vagabunda Bogotá by Luis Carlos Barragán (Angosta Editores, first edition, 2017) and Opio en las nubes by Rafael Chaparro Madiedo (Tropo Editores, 2013) from a small Bogotá bookstore, Luvina Libros. I had never heard of either author—neither has been translated into English—but the bookseller at Luvina wholeheartedly recommended both. His enthusiasm was contagious. I had been purchasing Latin American books for years, but always with a specific instrumental purpose in mind: they were for coursework, for research, to read while traveling. At that moment, though, as I held Vagabunda Bogotá and Opio en las nubes in my hands, I realized that what I had been doing was collecting. I was buying books to bring them together, to admire them, to remember the context of my encounter with them. Now I include books I bought or acquired prior to these as part of the collection, but I think of these two as the ones that made consider myself a collector.

Oof, I couldn’t pick just one. If pressed, though, I’d admit to a soft spot for Vagabunda Bogotá.

The second novel by Luis Carlos Barragán, author of Vagabunda Bogotá, is titled El gusano. I would love to read it. This summer, while conducting research in Bogotá, I searched high and low, but it was nowhere to be found. Eventually I learned that the entire first printing, from the small Colombian press Ediciones Vestigio (a press dedicated to sci fi, weird fiction, speculative fiction, and horror), has sold out. A reprinting is out now, but it has a new cover. The elusive first edition would complement my first editions of Vagabunda Bogotá and Barragán’s third book, the short story collection Parásitos perfectos (Ediciones Vestigio, 2021).

I have a particularly close relationship to Colombian journalist Estefanía Carvajal’s work of nonfiction and oral history, Niebla en la yarda. The book tells the stories of three Colombians incarcerated in the United States. I nominated Niebla en la yarda for the Latin America in Translation series at Duke University Press and UNC Press, and it was selected for translation and publication in English. I had the privilege of meeting with Carvajal this summer, in Medellín.

My copy of Niebla en la yarda is the second edition. The first edition included not three stories, but four. Yet after the book had already gone to print, the person profiled in the fourth story decided that he no longer wanted his prison history exposed. His insistence placed Carvajal and her publisher, Angosta Editores, in a difficult situation. Ultimately, they opted for an unconventional solution—they sent the manuscripts back to the printers, where they inked over the fourth story. The last section of the book’s first edition was blacked out, resulting in pages and pages of redacted narrative. There is so much Colombian history condensed in the interplay of what that book reveals and what it occludes. I would be thrilled to include a first edition in my collection.

There is a delightful constellation of independent bookstores in Bogotá: Garabato, Luvina, Mirabilia, Matorral, Casa Tomada, La Valija de Fuego. Some have dedicated specialties: Mirabilia focuses on science fiction and fantasy, La Valija de Fuego on anarchist literature. I really like them all.

In Durham, I also want to give a shout out to Rofhiwa Book Café, which opened last year. Their collection strives to “reflect the expansiveness of the black imagination,” and I think they do an exceptional job.

Records! I have about 130 vinyl LPs. (I didn’t realize I had that many until I counted them up just now). As with books, I’ve collected these according to what I’ve happened to find. Over time I’ve managed to build some depth in funk records, Brazilian music, and Louisiana music (a record sale put on by the New Orleans radio station WWOZ was a real treasure trove).