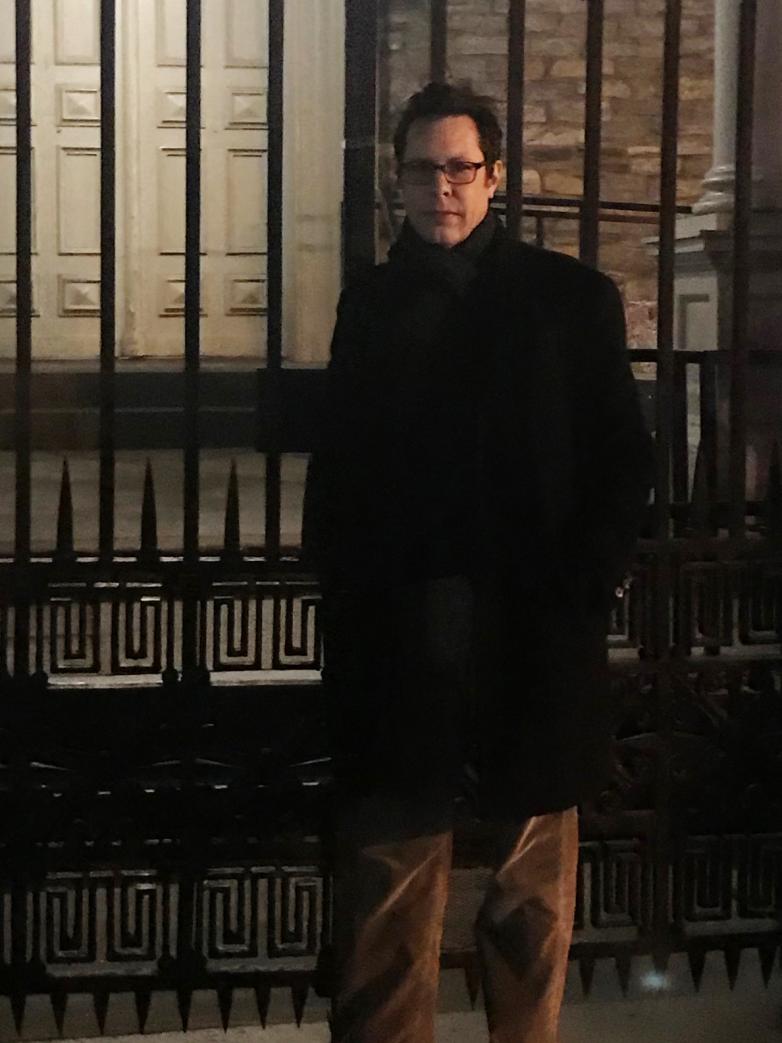 I first became aware of rare books as a child listening to my grandmother’s stories about her favorite aunt and uncle, Florence and Laurence Gomme. Laurence was an antiquarian bookseller and appraiser, and he and Florence took my grandmother under their wing when she was young, introducing her to New York’s theater and book worlds in the years leading into World War II. The characters and scenes she described occupied an important part of my imagination growing up, and I was surprised to find they still existed with some continuity in odd corners of the city when I moved to New York, myself, in 2001.

I was beginning a masters program in museum studies and soon developed a new group of friends through a small antique store in the East Village (which, sadly, just closed last month) and a dime museum on the Lower East Side run by the sword-swallower Johnny Fox, who had hired me as an assistant. I was also spending significant time in the special collections of museum libraries for school and for an internship I was performing at the American Museum of Natural History. I had already worked for a few years at that point in my college archives and at an old and rare book store in Cleveland, and I found myself gravitating towards the book-related parts of the collections I was now encountering.

The idea of a career in the trade became more and more appealing, and I eventually began meeting with rare book dealers for guidance. They invariably recommended I attend the Introduction to Descriptive Bibliography course at Rare Book School as soon as I could, and I followed their advice. When I arrived in Charlottesville and met Terry Belanger, I mentioned that I was looking for a job with a dealer, and at the end of the week he told me that Bill Reese had just contacted him about an entry-level position opening at the Reese Company. I wrote Bill immediately and somehow managed to ride the momentum to New Haven, where I wound up working for him as a cataloger in Americana for the next five years.

When did you open W. C. Baker Rare Books & Ephemera and what do you specialize in?

Technically, W. C. Baker Rare Books opened in 2007, when I was still working for Bill, who allowed his staff operate our own businesses during our off hours. I left the Reese Company at the end of 2008 to begin library school and continued selling books, manuscripts, and ephemera online for the several years to supplement my income.

In 2014, I moved to Pittsburgh and began selling books and performing appraisal and consulting work full-time. I returned to New York in 2016, and most of my business today is in appraisals and collection management. But, I definitely still sell, with a vague specialty in Americana, social movements, and unusual currents in science, religion, and the performing arts.

The constant learning and discovery and the incredible sense of mutual encouragement among colleagues. If it had not been for the mentorship I received early on or for the moral and material support I’ve experienced since returning to the trade a few years ago, there is no way I would still be in it today.

As I work primarily for clients, it depends largely on the current assignment. But, generally speaking, I try to start the day with bookkeeping and other administrative matters, then head out to inspect materials for an appraisal or perform whatever other on-site work is needed for a consulting job, then return home in the early evening for whatever off-site work (auction research, image processing, catalog editing, etc.) I can do there. If I receive an order, I usually process it and pack the item in the evening and send it out the next day at lunch. Then, once enough inventory accumulates, I dedicate a few days exclusively to cataloging and photography (which I see I’m overdue for now).

I cataloged a group of manuscript lectures for the Reese Company I’ve never been able to stop thinking about: Sketches of the Geography, People, and Institutions of the United States, by A. J. Mason (A Resident of Nine Years), first delivered in London in 1841. Abraham John Mason was a British wood engraver who had lived, worked, and lectured in the U.S. during most of the 1830s, recording invaluable data, conversations, and personal reflections throughout his stay. The text that emerged presented a broader and deeper view of the U.S. in that era of any I had seen then or have seen since – including Tocqueville’s – thanks in part to the unusually wide cross-section of the population Mason received access to. It was also a particularly well-documented foreign account of slavery and the way its perpetuation was infecting every part of American society and culture. In one lecture, Mason reflected on a trip to Monticello and observed drily that Thomas Jefferson’s legacy of equality was alive and well on its grounds, where the enslaved who clearly bore Jefferson’s features lived in the same cabins as those who didn’t. His final lecture was dedicated entirely to the subject and the lives of black Americans across the country and concluded with a plea for support for the Oberlin Collegiate Institute and the racially integrated higher educated it represented.

The manuscripts were a memorable example of a unique or rare document that needed to be read to be described – not just checked against a bibliography – which I find to be a much more interesting and satisfying approach to the cataloging process (if not always more remunerative). And, it was a great example of the kind of document one often finds in collections of Americana that dispels the lazy and cynical arguments that our forebears, in their worst injustices, were merely “products of their time” and “didn’t know better.” Plenty of their contemporaries didn’t think so. And, despite where we find ourselves today, plenty of people still believe that primary-source documents like this can play an important role in deflating demagogues and equipping students, educators, journalists, and others in fights for truth and social change. I believe booksellers find real meaning in our work when we help locate these materials and lead them to good homes.

I’ve been collecting books relating to Cleveland and Northeast Ohio, where I grew up, for some time – especially ephemera relating to the area’s avant-garde, counterculture, and punk scenes, which flourished in the area at various points during the 20th century.

When the elusive work/life balance strikes, I enjoy going to flea markets and watching live music at small venues around town.

My colleagues have already spoken in these interviews much more eloquently than I could on the quickly and vastly expanding diversity of material on the market, in both form and content, that has been redefining the trade and what it means to be a “bookseller”. Correlate to this are the serious efforts being made to increase the diversity of actual people participating in the trade, which I think is crucial to its health, relevance, and credibility moving forward. The Colorado Antiquarian Book Seminar (now based in Northfield, Minnesota) has been leading the charge with this, working for several years to recruit students from the various backgrounds underrepresented in the trade through targeted outreach and scholarships. In the meantime, the staff and many officers of the ABAA have taken major steps to make, in Executive Director Susan Benne’s words, “the book trade diverse and equitable,” including the launch of its Women’s Initiative in 2016. Another organization deserving recognition in this area is Marvin Getman’s Impact Events Group, which runs the Brooklyn Antiquarian Book Fair and several other East Coast book and paper shows. Marvin and Brian Chidester, who was hired as Director of Programming in 2018, have done a remarkable job in a short time of drawing in new audiences with well-curated exhibitions and seminars on topics ranging from early modern spell books to Afrofuturism. These talks regularly sell out, and I met a number of first-time antiquarian book fair visitors at the Brooklyn show last year who made their plans specifically because of the events. Especially as most rare book dealers today no longer operate from open shops, I think we need to pay attention to and support programs that encourage face-to-face interaction, expand our reach, and signal who we are and what, as a profession, we are trying to become.

We are looking forward to selling at the Greenwich Village Antiquarian Book Fair February 21-23.