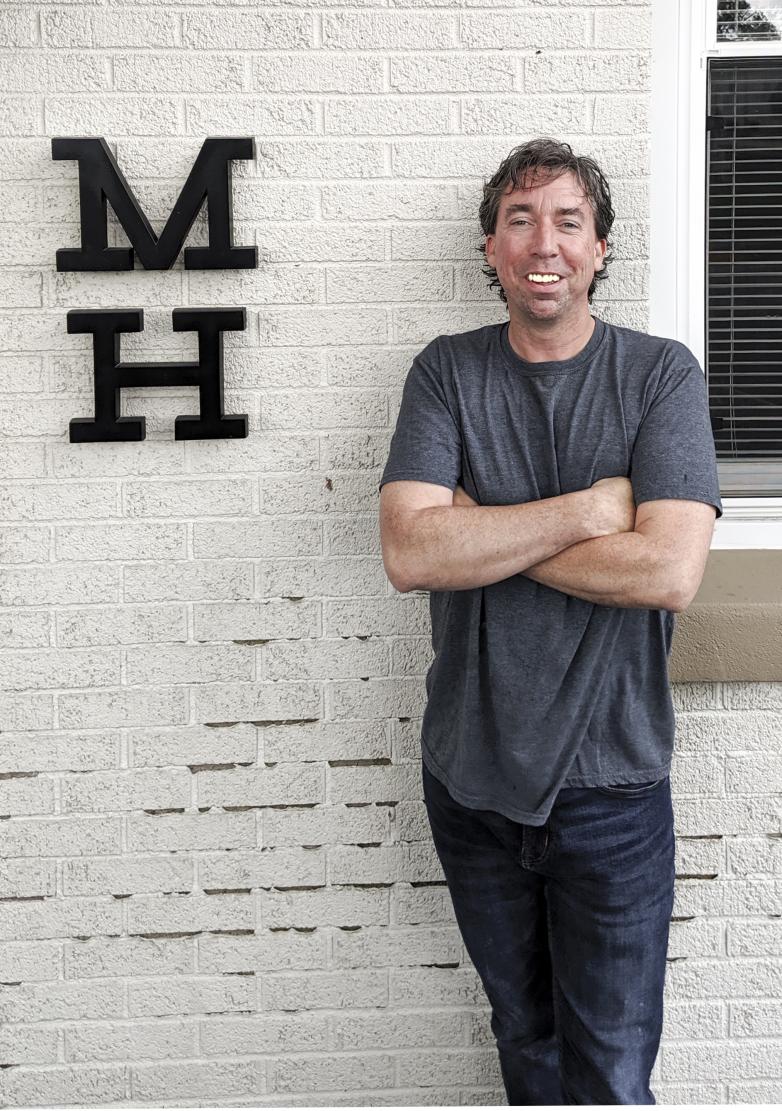 I started and ran my own high-ish volume, warehouse-style, online, used book operation in New Orleans from about 2006 until 2012 when I sold the inventory and moved to Washington, D.C. for my partner’s career. Pretty quickly, in the course of local scouting there, I became acquainted with ABAA dealer Brian Cassidy. He put me in touch with an appraiser working with a brilliant collector of early children’s illustrated and movable material there named Larry Seidman. I helped catalog Larry’s collection for a couple of years, then took a position with B-cass as his assistant from about 2013-2015. In late 2015 we moved from D.C. to Findlay, Ohio, where I began working exclusively for myself.

When did you open Martin Hartzold Bookseller and what do you specialize in?

I started this iteration of my bookselling career in 2015 and try to focus on mostly 20th-century material, much of it visual or archival in nature, with an emphasis on vernacular photography, transportation, and the Midwest. My focus has always been pretty fluid though, shaped not only by my interests and experience, but also by local opportunity. This particular part of Ohio was the backyard of a couple of great 20th-century booksellers (Ernie Wessen and Bob Hayman) for decades and they seem to have done quite a number on the local supply of Americana. We are in the midst of another move, from Ohio to St. Louis, this month, and I expect the change of region to further influence my specialties and offerings going forward.

Booksellers. I wouldn’t be doing this if another bookseller hadn’t answered a completely unsolicited email offering back when I was scouting D.C. with a bar code scanner in 2012. He didn’t buy the book, but insisted on inviting me to lunch, which turned in to a job, which then turned into a new stage of my career. Whether it’s buying from one of my lists, partnering on an expensive item, teaching at CABS, introducing me to a new customer, etc… the support I’ve received from other booksellers is the only reason I’ve been able to continue in this space and their generosity seems boundless.

I have a strict early morning routine involving feeding multiple domestic animals and a five-year-old human child. When that’s finished, we leave the animals behind and commute about thirty miles north where my son Harry (our photographer for this piece) gets dropped off at school and, unless there’s a sale or auction to hit up, I then settle into my office a few blocks away. I then usually take a moment to gaze around the place and wonder, sometimes out loud, “Why do I have most of this stuff?” I go through emails, conduct a daily scour of specific and not-so-specific search terms on a couple of different online auction sites and marketplaces. I check auctionzip.com for any local, live auctions that seem appealing (there is still quite the rural farm auction scene in NW Ohio), check estate sale listings in Toledo and Detroit for the week, etc… If I’m lucky enough for it to be Monday I’ll cue up the latest episode of Gilbert Gottfried’s Amazing Colossal Podcast as background while I [hopefully] ship out a few packages. My office isn’t open to the public for browsing but there are a few middling dealers and scouts who are always welcome and they often stop by through the week, either to chat or do business. On the weekends, there are a few long-running country flea markets nearby, including the monthly summer market at the fairgrounds in Tiffin, Ohio where I seem to consistently find good material. Don’t sleep on your local flea markets, people!

Shortly after landing here in Ohio, I handled a snapshot photograph archive compiled by a man who traversed automotive junkyards of Northwest Ohio and Southwestern Michigan in the 1980’s, photographing almost exclusively pre-war Cadillacs. Hundreds of them. He would snap these fantastic, haunting images of the rotting carcass of what was once a top-of-the-line luxury car, then remove the body plate from the vehicle (a credit card-sized piece of metal with the factory particulars of the car stamped on it). He then paired the two together, the photo and the plate, in album pages, to form an archive of outsider photography that was both visual and tactile. It was remarkable and precisely the type of thing I hope to find and sell.

I am building a couple of long term collections for the business that seem to keep my impulses to accumulate pretty much in check. Other than the occasional splurge on a piece of artwork, I don’t actively collect anything for myself.

The past few years much of my free time has been consumed with working on home improvements, especially lately as we’re preparing to sell one 100+ year old home and move into another. When I’m not scraping paint or tearing up concrete, I enjoy spending time with my son, travelling some, usually to New Orleans, with my wonderful partner who for some reason has tolerated me going on ten years now, as well as reading about, following, and betting on thoroughbred horse racing.

I think the generational differences between the baby boomers, those coming of age right now, and everyone else in between are significant and will affect our business in the immediate future, especially at the lower end of the market. If one reads financial news, it seems nearly every major corporation is preparing for the same (see the decision of Ford to essentially stop making cars). There is going to be a ton of stuff coming out of the boomers’ homes soon and it seems reasonable to think that no one is going to want much of it. As a personal example: My sister and I were moving my 75 year old father into an assisted living home last summer and he was trying to give us things, big, wieldy things like hope chests, old bicycles, and tool boxes that we had little interest in and even less room for. As we were going through boxes, I found like 15 years worth of cancelled child support checks he had written to our Mom in two small check boxes. That was what I wanted. That would evoke something. They conjured the image of the only in-person interactions I ever saw my parents have, him spitefully handing those small white envelopes over in person once a month. This ephemeral trash is what did it for me and while it may be a deeply personal example, I think there’s a distinct commonality with younger generations to be found there and applied to the decisions we make as we work in this trade going forward. Kids and grandkids of baby boomers seem much less obliged to objects than their precedent generations. I believe the desire to collect is still very strong with those my age and younger, but the work of a bookseller will continue to become less rote and more abstract, seeking out and presenting the unique in a way that captures imaginations, not senses of propriety.

Most of our material is presented via illustrated PDFs of recent arrivals sent directly to our mailing list about once per month. The lists are on hold through the summer as I’m working on a very limited schedule amidst the move and renovation of our new home and we hope to make up that lost ground by bringing our absolute A-game to the Brooklyn Antiquarian Book Fair this September 7-8 where we’ll be exhibiting loads of fresh material alongside our pals from the Cleveland Book Co. I encourage anyone who’d like to keep tabs on our offerings to head to our site and sign up for our direct email list or follow us on Instagram @mhartzoldbooks where we document new finds and scouting adventures almost daily.