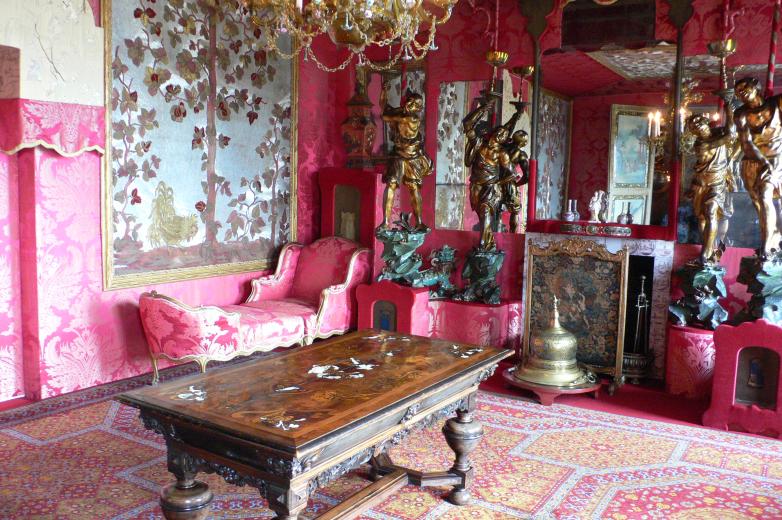 Victor Hugo was exiled from France in 1851 after unsuccessfully blocking Louis Napoleon Bonaparte’s coup d’etat, which left him bumping around Europe for a few years until finding sanctuary on the island of Guernsey, located off the Normandy coast. Of Hugo’s nineteen years spent in banishment, fifteen of those were at Hauteville House, a majestic property built in the hills of Saint Peter Port. There, Hugo turned out masterpieces like Les Miserables, The Hunchback of Notre Dame, and scathing anti-Napoleonic pamphlets banned in France. The five-story house was built by an English ship owner in 1800, which then remained vacant for years until Hugo purchased the house with the proceeds from his book of poetry, Les Contemplations. Hugo was so grateful to the tiny outpost for welcoming him that he dedicated Toilers of the Sea (1866) to “the rock of hospitality and liberty...to the island of Guernsey, sever yet kind, my present asylum, perhaps my tomb.”

Hauteville House proved to be more than an adequate asylum--Hugo spent years designing and decorating the interiors and gardens to create a place bursting with sumptuous colors and fabrics. The house accommodated a billiard room, workshop, photography studio, a Renaissance-inspired bedroom, even a fifth-floor addition dubbed the Lookout with unobstructed sea facing views. Hauteville remained in the Hugo family until 1927, when descendants donated it to the City of Paris. Now maintained by the organization Maisons de Victor Hugo, Hauteville House has been turned into a museum, open to anyone willing to make the boat ride to Guernsey.

Homes built on the ocean need more maintenance than most, and Hauteville underwent an extensive 18-month renovation funded in large part by French billionaire François Pinault, the same benefactor who donated over $100 million to the restoration of Notre Dame cathedral. (Interestingly, Hugo’s 1831 Hunchback was instrumental in spurring conservation of the Gothic house of worship, devoting two chapters to describing the cathedral and making Notre Dame as much a character as Quasimodo and Esmeralda.)

Hauteville was reopened to the public in April 2019, and visitors may once again revel in the world Hugo created for himself on this rugged outpost. Open daily except Wednesdays, admission is £10 ($12.70) per adult and free to children under 18. Reservations are required and should be booked at least a week in advance.