Acclaimed Film Based on Balzac Novel to Open in NYC & LA 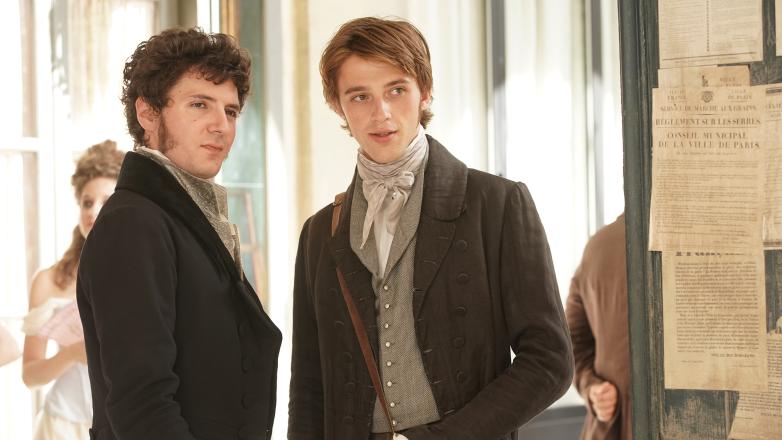 “It all began with ink, paper and the love of beauty.”

Lost Illusions, Xavier Giannoli’s gorgeous adaptation of Honoré de Balzac’s epic story of a printer-poet derailed by ambition, is a must-see for lovers of literary films. The French film (subtitled) is scheduled to open in New York City and Los Angeles on June 10 and then more broadly throughout the U.S.

Set in Paris in 1821, the story follows the earnest young upstart Lucien de Rubempré (Benjamin Voisin), who flees to Paris to forget love and find success as an author. The scenery—from print shop to drawing room to theater—and the soundscape—the scratching of a nib against paper, the swishing of fans, classical music—set the perfect tone for a narrative that looks ‘antique’ but feels contemporary.

Lucien’s interaction with a publisher named Dauriat (Gérard Depardieu), for example, will seem all too familiar to twenty-first-century writers:

“Poetry! No one buys that, you fool.”
…
“A novel? There are thousands. Why bother?”
“Because literature is my life.”
“No one wants books by unknowns. They don’t sell. I only publish already famous authors, with no risk.”

The fresh-faced Lucien falls in with a group of newspapermen whose motto is “Controversy sells” — yes, it’s fake news, early nineteenth-century edition. He becomes infamous for his salacious copy, drawing the kind of attention to himself that cannot help but elicit envy and provoke betrayal.

Brilliant writing and cinematic filmmaking pair perfectly in Lost Illusions, and the result is a rich and resonant retelling of Balzac’s classic.

Check out the trailer below: