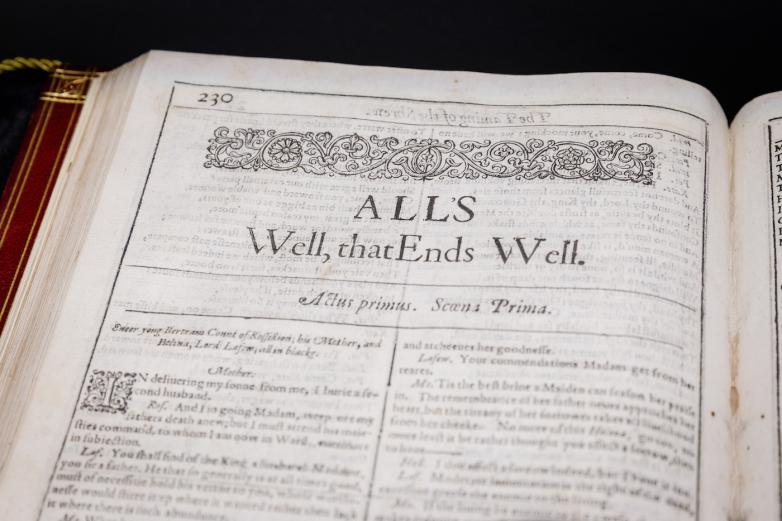 A First Folio of Shakespeare’s works—one of fewer than twenty remaining in private hands, and this one with Scottish provenance dating back to the seventeenth century—sold at Sotheby’s yesterday for $2.47 million.

“The appearance of a Shakespeare First Folio on the market is always a major event, with so few copies remaining in private hands. Printed nearly 400 years ago, the folios are an important record that preserved Shakespeare's legendary output forever, ensuring that many of his famous works were not lost to history,” said Richard Austin, Sotheby’s Global Head of Books & Manuscripts, prior to the sale. “This copy is particularly special for the traces of the previous owners in its pages, many of whom have left their indelible imprint throughout the book, reminding us that this is also a living piece of human history that captures the ways in which generations of Shakespeare fans have been inspired by The Bard.”

So it seems like a good time to revisit the question “Why is Shakespeare’s First Folio so important?” via AbeBooks: