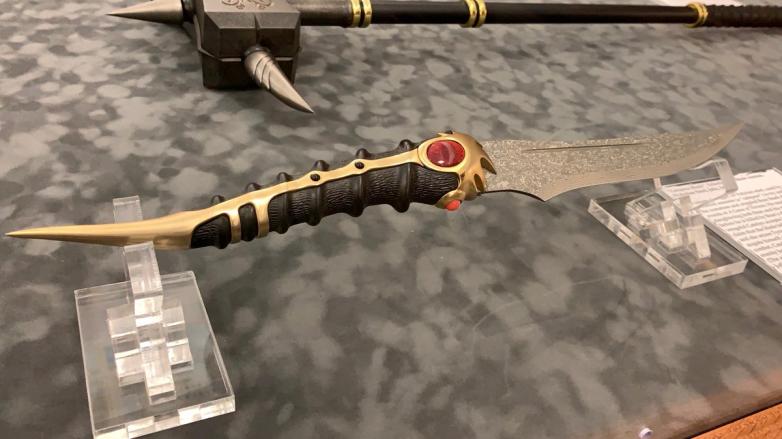 Arya Stark's dagger "Catspaw" was on display during the Battle of Winterfell. Now, see it at Cushing Library.

Since the epic Battle of Winterfell episode in the latest season of Game of Thrones aired on HBO two weeks ago, the Cushing Library at Texas A & M University has seen its own horde lining up outside its walls: fans excited to see a particular dagger that plays a key part in the episode. (No spoilers here in case you're still catching up, so we'll leave it at that).

The dagger is on display currently at the Cushing Library, along with a rotating selection of other materials related to the hugely popular books and HBO show they inspired. The dagger is viewable at Cushing Library because, ever since 1993, it has served as the repository for all things George R. R. Martin.

The author's association with Texas A & M began in the 1970s during visits to AggieCon, an annual science fiction and fantasy convention. Martin was impressed with the sci-fi and fantasy collection at Cushing and chose the library to deposit his personal correspondence, books, and manuscripts.

The Martin collection at Cushing continues to grow each year as materials related to the HBO production are also deposited there. At the moment, the collection consists of approximately 50,000 pieces in 300 boxes, almost all of which is available for public view. Highlights for fans of the series include swords from the show, correspondence between publishers and showrunners, and a wide variety of memorabilia.

The dagger—and the rest of the Martin collection—are available to view at 400 Spence Street on the campus of Texas A & M in College Station, Texas.