Last year was a record-setting year for Hindman Auctions. Not only did sales for the Books and Manuscripts department total more than $5.5 million, but three items sold for world record auction prices.

The first was a very fine copy of the first edition of Charles Darwin’s On the Origin of Species, sold in Hindman’s “Library of a Midwestern Collector’’ sale on November 5, 2019. Though a copy of such an important work in such fine condition is an exciting find for collectors, this copy, the Mellon-Garden copy, also had distinguished provenance. It was estimated at $120,000–180,000, but the price realized was a whopping $564,500, beating the previous world auction record of $500,075 achieved in June 2019. 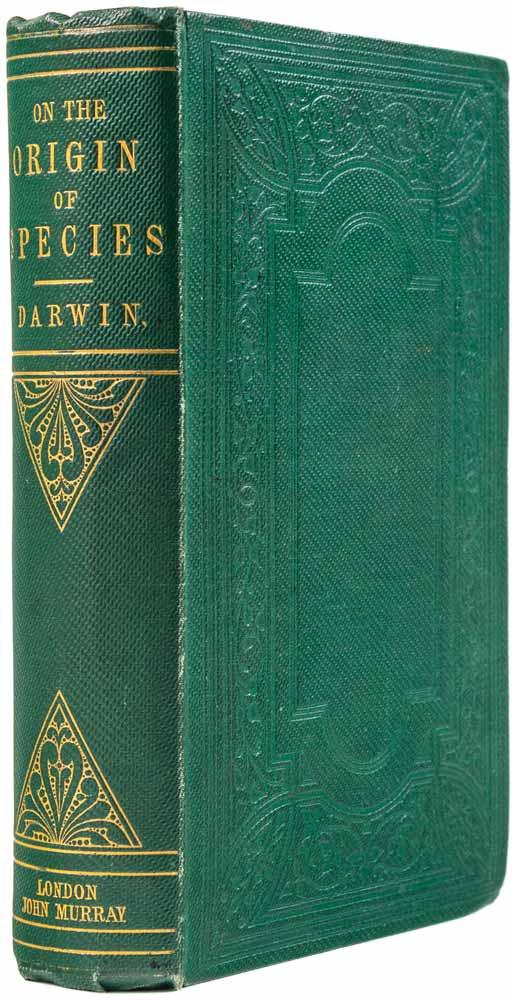 “The 1989 auction of the Garden Collection is one of those landmark sales in the history of auctions that people still talk about,” said Gretchen Hause, director and senior specialist of Books and Manuscripts at Hindman Auctions. “For this copy of Darwin’s Origin, the condition certainly contributed to the extraordinary price that we saw, but I also think the mythology of the Garden sale and the fine provenance helped drive the price to the level we achieved.”

The second record-setting item was a copy of Some German Woodcuts of the Fifteenth Century, printed by the Kelmscott Press in 1897 and issued in 1898. Though copies of this work printed on paper regularly sell for prices between $1,500 and $3,500, this was the first and only copy of this work printed on vellum to appear on the market at auction, setting a new world record.

It sold in the Fine Books and Manuscripts sale on November 6, 2019. This copy was one of only eight printed on vellum. It also contained the signatures of William Morris, founder of the Kelmscott Press, and his private secretary, English Museum curator Sydney C. Cockerell, and was previously owned by socialite Edith Rockefeller McCormick. 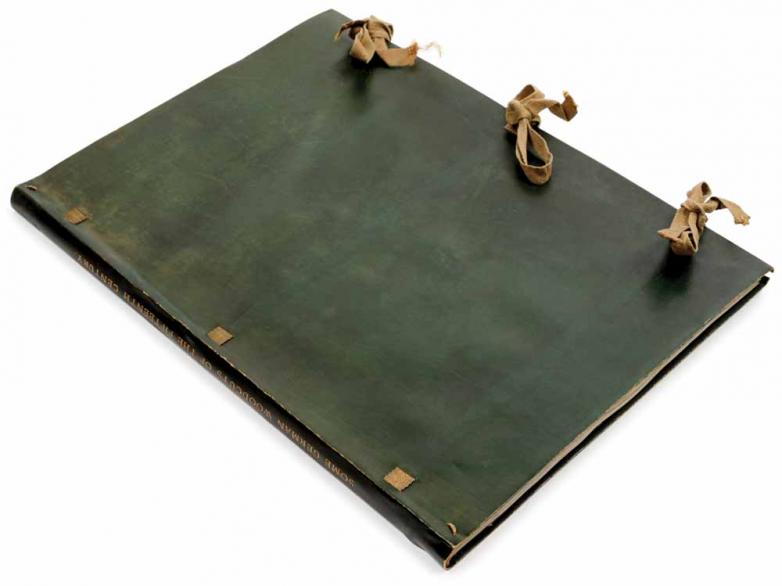 “No copies of this work on vellum have ever appeared on the market at auction,” Hause said. “The copy we offered was in a rare variant binding of green vellum. In addition to the rarity of the copy, the fine provenance, bearing the signatures of both Morris and Cockerell, and also coming from the collection of Edith Rockefeller McCormick, helped the book sell for $55,000 against an estimate of $20,000–30,000.”

Finally, a copy of Bernard Ratzer’s “Plan of the City of New York in America,” surveyed in the years 1766 and 1767, far exceeded estimates. This second-issue of Ratzer’s map featured an engraved panoramic view of New York at the time of the Revolutionary War.

“The Ratzer map is a cartographic masterpiece, the finest map of any American city produced in the eighteenth century and is one of the most important iconographic symbols of the city of New York,” Hause said.

“We were incredibly lucky to have the opportunity to offer some truly extraordinary books, manuscripts, and maps in 2019, including many great rarities at auction,” Hause said. “Many of these were in incredibly fine condition with notable provenance and were objects rarely seen at auction, and the  Darwin was a tremendous copy. We’re anticipating another busy sale season this year, with an expanded schedule for buyers, and we’re thrilled to have the chance to bring more extraordinary objects to market this year in both our Chicago and Cincinnati sale rooms.”