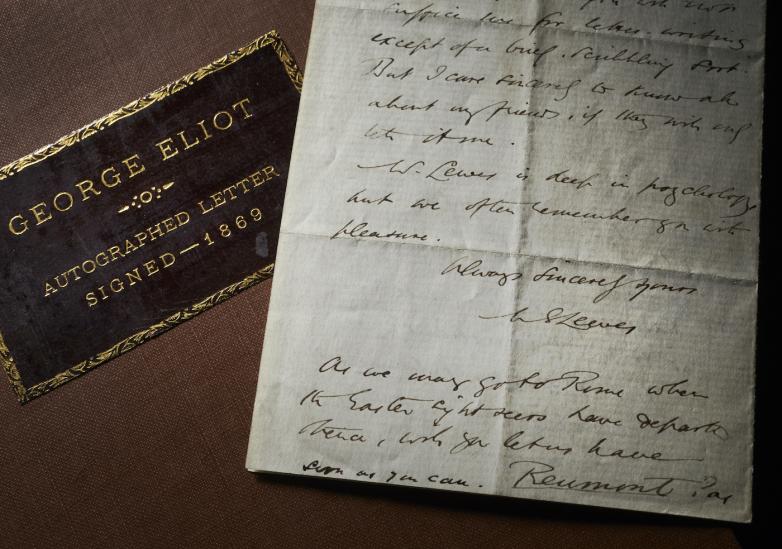 Charlottesville, VA — Rare Book School is pleased to announce that Kenneth W. Rendell and Shirley McNerney have generously endowed an annual lecture on the importance of original manuscripts and rare books to human understanding. The Kenneth W. Rendell Endowed Lecture at Rare Book School will focus on the connection that rare book and manuscript collecting provides with people and events of the past, our shared human history, and the intellectual thrill and emotional pleasures of collecting. This lecture series will spotlight the roles of collectors, librarians, and dealers, not only in preserving human history but also in providing insight and perspectives into the present and future.

Ken Rendell is the proprietor of Kenneth W. Rendell II, Inc. Established in 1959, Ken’s firm specializes in historical letters, documents, and manuscripts. Famous for exposing such forgeries as the Hitler Diaries, Mormon Forgeries, and Jack the Ripper’s forged diary, Ken has published and been interviewed extensively on these and many other topics related to collection development, forgeries, World War II, Western Americana, and manuscripts. Ken is also the founder of The International Museum of World War II in Boston. As a philanthropist, Ken has a long history with Rare Book School. He was a founding supporter and served on the Board of Rare Book School at Columbia University and continued his support after its move to the University of Virginia. Last year also marked Ken and Shirley’s major gift of the Collection on the Detection of Forged Handwriting to the Grolier Club, along with the endowment of an annual lecture at the Club: the Rendell Lecture on the importance of original manuscripts in understanding the thoughts, intentions, and personalities of historical persons.

“It is an honor to hold in your hands, and to read, the original manuscripts and rare books that have influenced, and indeed created, our history and culture,” Rendell observed. “The personal thrill and excitement are often overshadowed by the intellectual experience of these insights into human history. My personal collections, which begin with an extensive collection of the ancient world, books, and manuscripts concerning creativity, music, philosophy, the causes and consequences of World War II, and a very extensive and important collection of Western Americana are a great source of inspiration, stimulation, and excitement for me. My reason for founding this lecture series is to highlight collectors who share my excitement in collecting. Collecting original manuscripts and rare books is not just intellectually stimulating, it is very exciting!”

Beginning this year, the Kenneth W. Rendell Endowed Lecture will take place annually in Charlottesville, Virginia, at the University of Virginia in conjunction with Rare Book School’s summer courses. The inaugural lecture is scheduled for Monday, 13 June, at 5:30 p.m. ET in the Dome Room of the Rotunda. The lecture is free, and everyone is welcome to attend. Beverly Rogers will present “Victorian Connections: Books and Stories.”

At a Bonhams sale in 2018, Rogers made the closing bid on a first edition of John Donne’s Collected Poems (1633) in original calf. It first belonged to a chaplain. From him it passed to William Smith, a member of Parliament, and then to Smith’s great-granddaughter, Barbara Leigh Smith, later Madame Bodichon.

Bodichon was an artist, suffragette, and pioneer of education for women. All manner of literati attended her salons, most notably her friend, George Eliot. The Donne poems offered Eliot solace when she visited, as on the opening blank leaf, in her characteristic hand, she listed her ten favorites. It’s a connection like this, an alliance made manifest by the material object, that excites Rogers about collecting rare books.

Rogers’ library represents a cross-section of Victorian literature as originally issued. It illustrates the broad swath of binding styles, from the downright drab to Arts and Crafts period elegance, and it demonstrates the variety of options for reading fiction available to a growing middle class in nineteenth-century Britain. Best of all, the collection calls out to be seen and touched and to tell stories that reach beyond the text—tales that reveal relationships and histories that would be lost without the artifact.

Rogers’ adventure began with an airplane read called Used and Rare: Travels in the Book World. It’s brought her a wealth of pleasure and thought-provoking study. It has also brought her to Rare Book School to share stories of the adventures, friendships, and serendipitous discoveries that have found her along the way.

Beverly Rogers is Chairman of the Rogers Foundation, which provides college scholarships, sponsors initiatives to adequately fund Nevada schools, recognizes educators, and provides a platform for local artists to flourish. She has a master’s degree in English and serves on the advisory boards of the Black Mountain Institute and the Lied Library at the University of Nevada, Las Vegas. Rogers’ passion for all things bookish has brought her opportunities to teach at UNLV, to foster writers, and to conduct public book talks and exhibits of her rare book collection. She describes herself as a champion of leaders.

A recording of this lecture will be made available after 13 June on the Rare Book School website (rarebookschool.org), YouTube, and iTunes or your preferred podcast delivery system (search for “Rare Book School”).