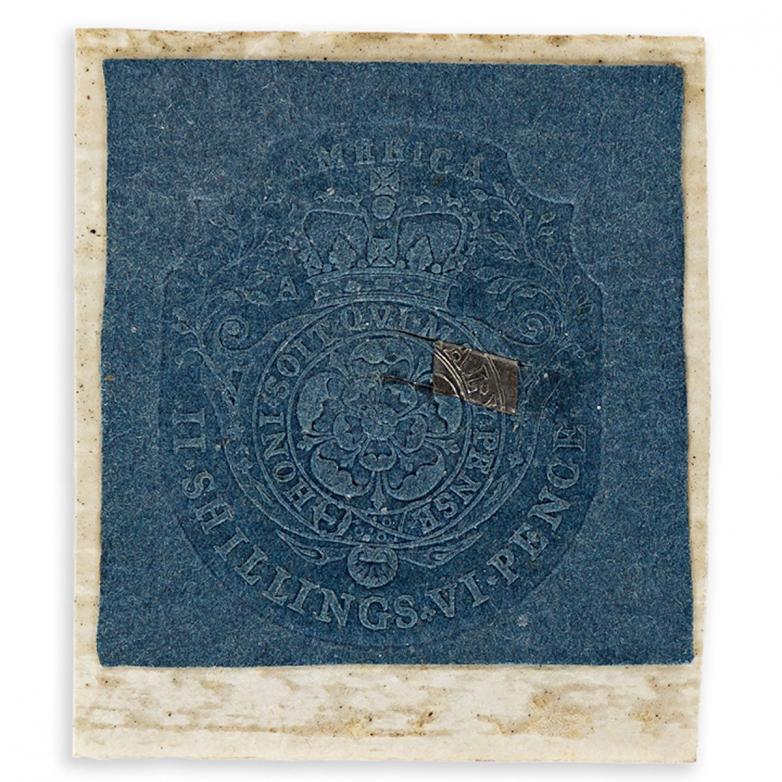 New York — Printed & Manuscript Americana is set to come across the block at Swann Galleries on Thursday, September 24. Covering a period of nearly five centuries and two continents, this auction is exceptionally varied in content and subjects covered, from colonialism and the Westward expansion of the United States, to Presidential material and first-hand accounts by ordinary people of important historical moments.

A strong selection of material relating to Native peoples starts the sale off, with scarce books in French, most notably a first edition of Voyage aux Prairies Osages, Louisiane et Missouri, Paris, 1844, by Victor Trixier, who accompanied three other Frenchmen to the Great Plains for a buffalo hunt with the Osage Indians in what are now Kansas and Oklahoma ($1,000-1,500). Rarely seen photographs include a group of eight photographs of a Civil War–era performing troupe in New York and Canada ($1,2000-1,800), and an early engraving of the Mohawk chief Sa Ga Yean Qua Rash Tow (Peter Brant) ($3,000-4,000).

American Revolution material includes a 1778 letter written by Clement Biddle seeking Scull’s map of Pennsylvania for use by the army at Valley Forge—Biddle held an important role in starving the Continental Army at the encampment ($8,000-12,000); and a stamp from the Stamp Act of 1765—the act that sparked resistance from colonial legislatures and Sons of Liberty street protests in Boston, New York and beyond ($6,000-9,000).

The highlight of the Civil War section is a wonderful 1865 sketchbook by the soldier-artist John Richard, containing 55 drawings done in the closing months of the war ($25,000-35,000). Also of note is a group of 131 Civil War-era song sheets, most illustrated and in color ($3,000-4,000). Diaries, letters, broadsides and photographs from the period round out the selection.

The sale is led by three watercolor studies for the famous “Unfinished Portrait,” 1945, of Franklin D. Roosevelt by Elizabeth Shoumatoff ($40,000-60,000). The “Unfinished Portrait” became one of the most enduring images of the late president and was the basis for two completed portraits. Further material relating to Presidents includes a year-long continuous run (1800) of the Independent Chronicle of Boston, with several issues dedicated to the funeral of George Washington ($5,000-7,500); the first Thanksgiving proclamation issued by John Adams in March 1798 ($3,000-4,000); and an 1844 campaign flyer featuring jugate portraits of Whig ticket candidates Henry Clay and Theodore Frelinghuysen ($4,000-6,000).

A standout selection of items among Latin Americana feature the 1611 first edition of Vocabulario manual de las lenguas castellana, y mexicana by Pedro de Arenas, an important Spanish-Nahuatl dictionary ($12,000-18,000); a manuscript order by Hernán Cortés, refusing to meet with the King’s inspector, which reveals how disorderly, fragile and precarious Cortés’s control over Mexico was following the capitulation of the Aztecs ($20,000-30,000); a Nahuatl broadside announcing a new viceroy ($10,000-15,000); and a first edition of the first book of sermons in Nahuatl by Juan de la Anunciación ($6,000-9,000).

American Judaica includes Mordecai Noah's Discourse on the Restoration of the Jews, 1845, an address given at the New York Tabernale to an audience of Christians and Jews, anticipating the Zionist movement ($6,000-9,000), and Isaac Leeser's important 1845 Philadelphia translation of the Pentateuch into English, the first of its kind ($6,000-9,000).

Additional highlights feature the 1839–52 guest register for the legendary Catskill Mountain House hotel in upstate New York, an early tourist destination in its own right, signed by Hudson River School artists, as well as authors and political leaders who came to take in the view ($5,000-7,500); a 1779 volume of music by William Billings—the first American composer to issue a volume of his own music ($5,000-7,500); and a grisly diary of James W. Bentley, a cavalry officer protecting people traveling on the Overland Trail in 1865 ($15,000-25,000).

Limited previewing (by appointment only) will be available from September 21 through September 23, to be scheduled directly with the specialist in advance and conforming to strict safety guidelines. Swann Galleries staff will prepare condition reports and provide additional photographs of material on request. Advance order bids can be placed with the specialist for the sale or on Swann’s website, and phone bidding will be available. Live online bidding platforms will be the Swann Galleries App, Invaluable, and Live Auctioneers. The complete catalogue and bidding information is available at www.swanngalleries.com and on the Swann Galleries App.