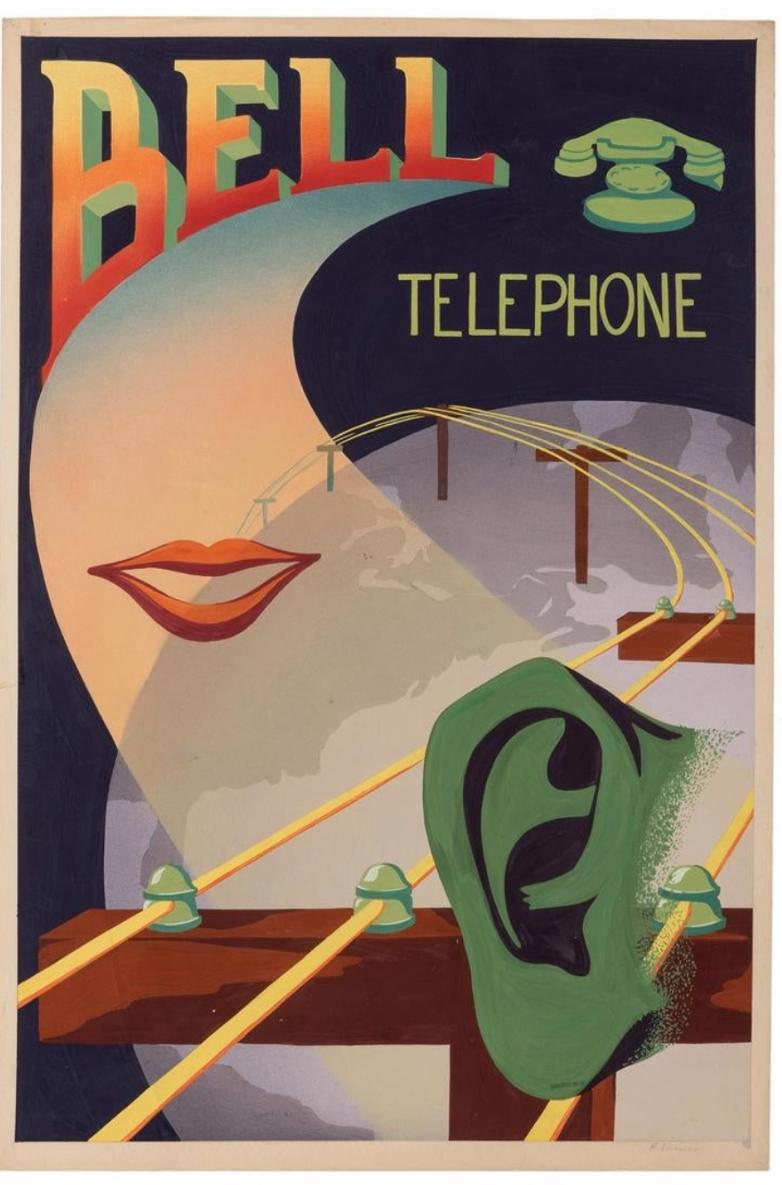 Posters spotlighting early 20th century politics and destinations were big draws in this event, taking several of the top lot slots. Lot #440, Panama Pacific International Exposition by Perham Nahl was estimated at $1,500-2,000 and realized $4,800. This time capsule, created to advertise the opening day of the 1915 World's Fair in San Francisco, was illustrated with the 13th Labor of Hercules. Lot #612, The Tree of Evil, a communist propaganda poster from 1912, was estimated at $500-700 and brought $2,400. It depicted Karl Marx leading a laborer to cut away the roots of ignorance that provided strength to “diseases and crime." And lot #587, C.R. Macauley's c. 1917 You Buy a Liberty Bond Lest I Perish was estimated at $150-250 and lit the lamp at $780. This World War I propaganda poster featured the Statue of Liberty pointing at the viewer, in the manner of Flagg’s Uncle Sam, urging Liberty Bond purchases.

1960s-era posters promoting international adventures were also a hot ticket at this important auction. Lot #217, N. Jungbluth's gold metallic poster featuring a colorful image of a Kabuki actress was estimated at $150-250 and rose to $900. This example was produced for the Brazilian airline Varig in the 1960s. And two travel posters for Air India featuring a playful Maharaja, or Hindu Prince, captured the imagination - and wallets - of bidders. The first, lot #200, had a colorful image of Maharaja playing an antique gramophone. It was estimated at $800-1,000. The second, lot #201, was illustrated with an image of Maharaja at the Trevi Fountain, dropping a coin in behind his left shoulder with two monks doing the same to ensure a return trip back to Rome. It was also estimated at $800-1,000. Each delivered $2,880.

Midcentury posters featuring bold imagery to advertise domestic travel and business were well represented - and received - at this event. Lot #241, David Klein's 1964/65 New York World’s Fair Fly TWA Jets was estimated at $1,400-2,000 and soared to $2,400. This extremely rare travel masterpiece came to life with fireworks and the fair’s giant globe on a bright orange background. Lot #258, an original illustration for a travel poster depicting the “golden corn” of Iowa, was estimated at $250-350 and traded hands at $1,440. It was illustrated by R. Foster Lipowicz in the 1950s. And lot #261, an original illustration for The Bell Telephone Company, also by Lipowicz in the 1950s, was estimated at $200-300 and realized $1,020. It was in the style of Salvador Dali and featured a mouth and an ear superimposed on telephone poles and wires spanning a map.

Posters advertising circus and magic acts of times past were also key categories in this sale. Lot #547, Kellar the Great Magician, from 1894 brought $2,400. This iconic poster debuted the “whispering devils” theme that has been endlessly copied by magicians since Kellar’s time.  Lot #463, a poster from Great Britain’s Great Carmo Circus and Menagerie was estimated at $50-$100 but stormed the big top to $1,560. This 1929 lithographed poster featured an elephant riding a tricycle. And lot #564, a collection of 7 magic posters and window cards was estimated at $100-200 and sold for $510. The grouping included promotional materials for Kalanag, Henry, Paul Fleming, F.E. Powell, Ken Griffin, Paul Daniels, and Maurice Raymond.

This sale came full circle with robust selections of music, cultural, and sporting themed posters, as well as other visual treats. Lot #627, a gallery poster by artist Helen Frankenthaler in 1991 was estimated at $100-200 and made $660.This offset color example was warmly inscribed by Frankenthaler to the former owner on the lower left, and signed on the lower right. And lot #624, Johnny Appleseed original illustration art painted by Howard Mueller in 1946, was estimated at $80-125 but came to fruition at $510. This piece, depicting the pioneer of American lore spreading seeds across the land, was signed and dated on the verso, and included a notation indicating the work was intended as an illustrations in a Coronet publication.

According to According to Gabe Fajuri, President at Potter & Potter Auctions, "We were pleased with results across the board in this sale - which showed strong interests in posters in virtually all categories. Strong competition from dealers and collectors alike made for an engaging auction that brought in solid results. I'm looking forward to our next vintage poster sale in the fall with great anticipation."