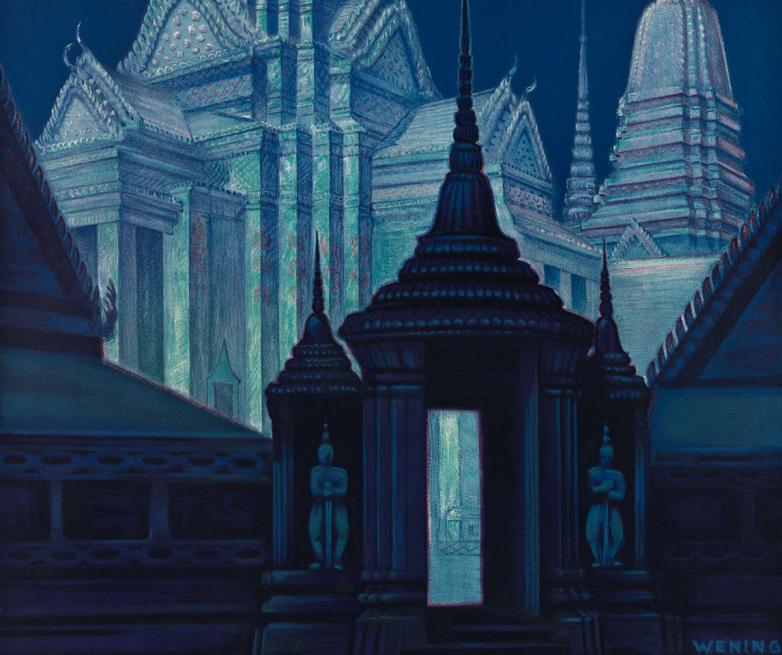 New York — November at Swann Galleries featured a marathon of fine art auctions including a two-day sale of Old Master Through Modern Prints and Master Drawings, a private collection of Contemporary Artists’ Books, as well as Contemporary art, and travel posters. Combined the auctions earned $6.7 million and established an exceptional 30 records for the market.

The month opened with Old Master Through Modern Prints and Master Drawings, featuring a private collection of Italian Old Masters. Held over two days, on November 2 and 3, the sales brought a combined total of $2.9 million.

Prints from stalwarts of all eras were in strong demand for Old Master Through Modern Prints. Three of the top 10 highest selling lots belonged to Rembrandt etchings, an equal number for works by modern masters Pablo Picasso and Joan Miró also found success; world records were had for American prints by Winslow Homer, Blanche Lazzell and Gustave Baumann, and the top lot of the sale clinched by Vincent Van Gogh's ultra-scarce 1890 etching Homme à la Pipe: Portrait du Docteur Gachet (one of fewer than 65 impressions known), at $161,000, soaring past its $120,000 pre-sale high estimate.

Master Drawings was led by two drawings of machinery by fourteenth-century Sienese artist Francesco di Giorgio Martini. The drawings were won by an institution for $61,250, a record for a drawing by the artist. Also of note from Italian schools were works by Giorgio Vasari and Il Guercino. Preparatory drawings and studies by French artists included Jean-François Millet’s 1871–72 charcoal-on-canvas study for the oil painting La Famille du Paysan, at $17,500, and Eugène Delacroix’s Jacob Wrestling with the Angel, a brush-and-ink reminiscent of his mural of the same name in Church of Saint-Sulpice, at $16,250.

On November 9, the house offered Contemporary Artists’ Books: The Property of a Texas Collector—an exceptional single-owner sale that featured rarely seen works by leading artists and imprints. “The sale is destined to be remembered as among the finest single-owner Artists Books sales for a long while. I am particularly pleased to note that the buyers ran the gamut from institutions, dealers, and private collectors, with a significant number of first-time clients,” noted John D. Larson, the specialist for the sale. The auction earned $1.1 million with records being recorded for Louise Bourgeois’s Ode à ma mère, 1995, the complete portfolio with nine drypoints, at $87,500, as well as Ed Ruscha’s Stains, 1969, at $112,500. The unique one-of-a-kind material also garnered interest with Maya Lin’s From Tibet to Suriname, From China to New York, 2008, bringing $18,750, and Ruscha’s unique found-object book S, 1999, selling for $23,750.

The Contemporary Art sale on November 16 was led by Wolf Kahn’s Against Near Hills, Evening, oil on canvas, 1991, an exemplary example of Kahn’s treescapes in shocks of color, at $185,000. Records were had for David Hockney’s Hotel Acatlán: Second Day, a color lithograph diptych from 1984, at $137,000; Jasper Johns’ Flag (Moratorium), color offset lithograph, 1969, at $62,500; and Yves Klein’s Timbre Bleu, an IKB pigment on a postage stamp from 1957, a record for this medium from Klein at $27,500. The sale came in just shy of $2 million at $1.9, with 85% of lots finding buyers. Works by Jenny Holzer, Terry Winters, Clement Meadmore and Gerhard Richter were also among leading lots. 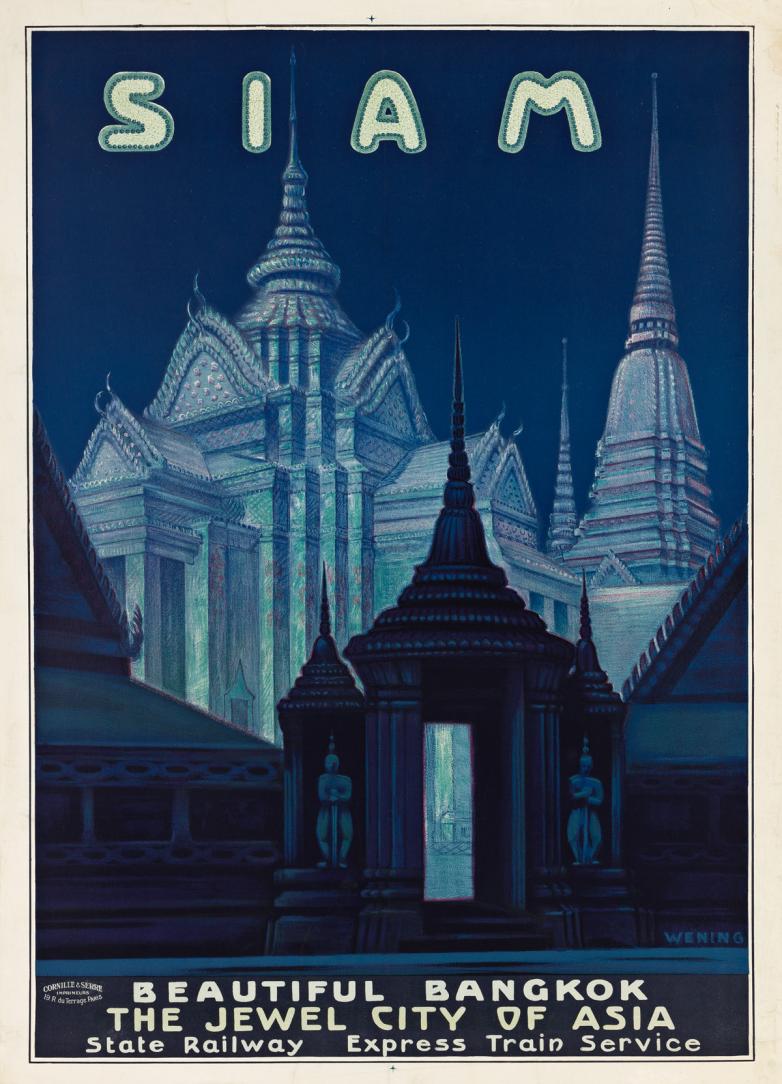 This season’s Rare & Important Travel Posters sale on November 23 was the highest-grossing sale for the category at Swann to date at $636,453. The auction featured seldom-seen and new-to-market images showcasing global destinations. “Collectors, dealers and institutions truly fought to acquire signature and scarce examples of travel posters at Swann. Their rarity plus what can only be deemed an acquisitive wanderlust begot from more than 18 months of travel-free shutdowns around the world fueled prices,” said Nicholas D. Lowry of the sale. Highlights included Michael Rudolf Wening’s Siam / Beautiful Bangkok / The Jewel City of Asia, circa 1920s, at $16,250; Earl Horter’s Grand Central Terminal / The Gateway to A Continent, 1927, at $7,500; and Henru Cassiers’ Red Star Line / Antwerpen – Amerika, 1899, at $7,250, all auction records.

The house is currently accepting consignments for the spring 2022 season. For the most up-to-date auction schedule, visit swanngalleries.com.