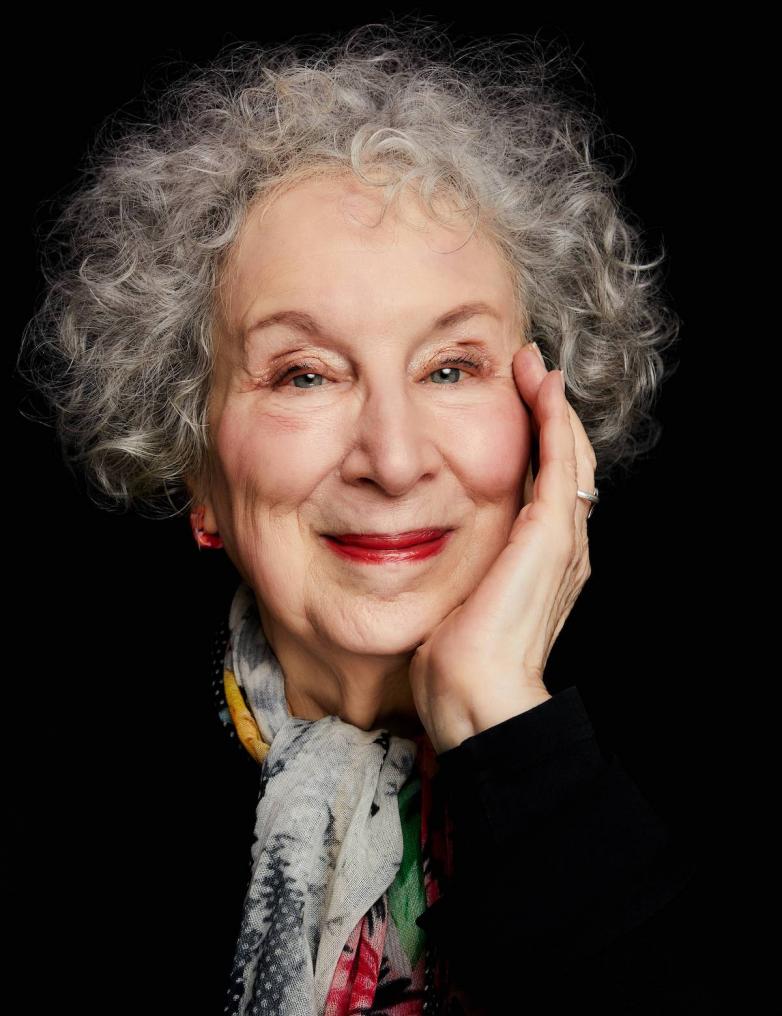 Named in honor of the U.S. diplomat who played an instrumental role in negotiating the 1995 Dayton Peace Accords that ended the war in Bosnia, the award recognizes authors for their complete body of work. Founded in 2006, the Dayton Literary Peace Prize is the only international literary peace prize awarded in the United States, honoring writers whose work uses the power of literature to foster peace, justice, and global understanding.

Originally scheduled to be presented in late October 2020, the 2020 Dayton Literary Peace Prize gala has been postponed until June 27, 2021 due to the COVID-19 pandemic.

Atwood has written more than fifty books of fiction, poetry, essays, and graphic novels, tackling the most pressing issues of our time, from misogyny and injustice to totalitarianism and abuse of power. She published her first book of poetry, Double Persephone, in 1961 and quickly earned her place as an important voice in literature with a prolific output of poetry, fiction, and criticism. In 1985 she rose to international acclaim with the publication of The Handmaid’s Tale, a novel depicting a frighteningly feasible path toward patriarchal tyranny. All of her subsequent novels, among them Cat’s Eye (1989), Alias Grace (1996), and The MaddAddam Trilogy (2003-2013), have earned critical and popular acclaim, and she has been published in more than forty-five countries. She has won the Booker Prize twice -- for The Blind Assassin in 2000 and for The Testaments, her sequel to The Handmaid’s Tale, in 2019.

“In a career spanning more than half a century, Margaret Atwood continues to remind us that ‘it can’t happen here’ cannot be depended upon; anything can happen anywhere given the right circumstances, and right now, with scorn for democratic institutions on the rise, her lessons are more vital than ever,” said Sharon Rab, the founder and chair of the Dayton Literary Peace Prize Foundation. “Atwood is that rare writer who has achieved popular success while educating readers on the most pressing social justice and ecological issues of our time, masterfully employing a range of genres to reveal how easily we might slip into dystopia -- but also showing us, with humor, rich world-building, and ingenious plots, the collective work we can do to avoid the fate of her eminently sympathetic characters.”

“What does writing have to do with peace?

Writing as the placing of words on surfaces – clay, stone, papyrus, vellum, paper -- not much. Early writing was used to record inventories and to praise rulers, but not to encourage peace.

But fiction writing is different. If the fiction presents its characters in the round – what they think, what they feel, who they love and fear – it’s impossible not to realize that those being read about are as human as those doing the reading. And if the characters are from other places or other cultures, it becomes less and less possible to dismiss such people as not like us and therefore not our fellow mortals.

Writers are limited in their range – in what they are able to write about –whereas readers are not. Readers can read across the whole sweep of human experience – as far back in the past as they can see, as far afield as they can reach, as far into the future as it is possible to imagine. The closer we are to a person, the psychiatrists tell us, the harder it is to actually murder them. Perhaps that is the way in which reading is conducive to peace: it brings us closer together. If I feel I know you, understand you, and like you, why would I wish to make war on you?

That, at any rate, is our hope. We could certainly use a little hope, right about now.”

The finalists for the 2020 Dayton Literary Peace Prize in fiction and nonfiction will be announced in early October.