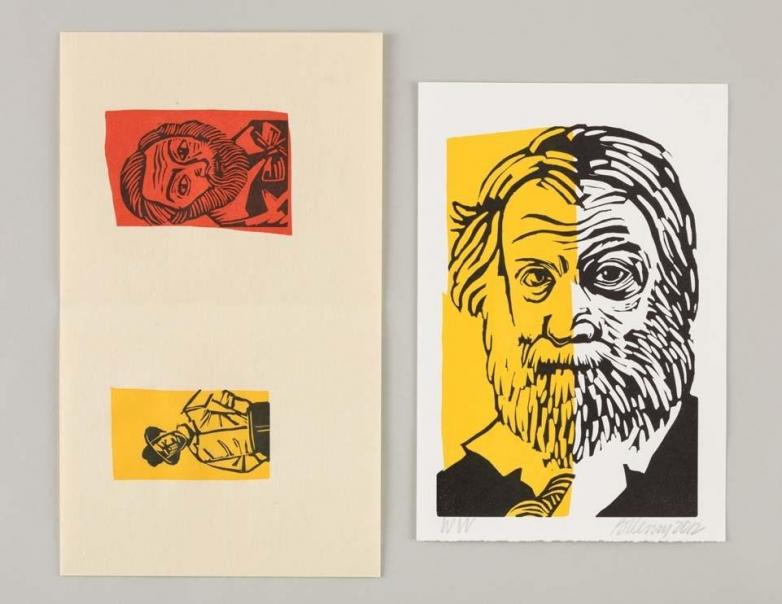 Closing out Walt Whitman’s boisterous bicentennial year — there were exhibitions aplenty, featured here and in our summer print edition — New York’s Center for Book Arts is taking a different approach in its celebration of the Good Gray Poet. In its current exhibition, Walt Whitman’s Words: Inspiring Artists Today, the CBA invited dozens of contemporary artists to create work based on recurrent themes in Whitman’s work, such as geography, history, identity, and the use of photography as a branding tool. Many of these artists, such as Donald Glaister, Russell Maret, and Barbara Henry, will be known to book art enthusiasts and collectors of artist’s books.

At a related event on October 24, three artists represented in the exhibition, Sasha Chavchavadze, Anne Gilman, and Susan Newmark, discussed their contributions and how Whitman's words influenced the creation of their objects. Another program, scheduled for December 12, will focus on photography and feature the work of Marianne Dages, Daphne Fitzpatrick, and “Pinhole” photographer Stefan Killen, in discussion with Deirdre Lawrence, the curator of the exhibition.

The exhibition will be on view at the CBA through December 14, and an accompanying catalogue will be published in late November.