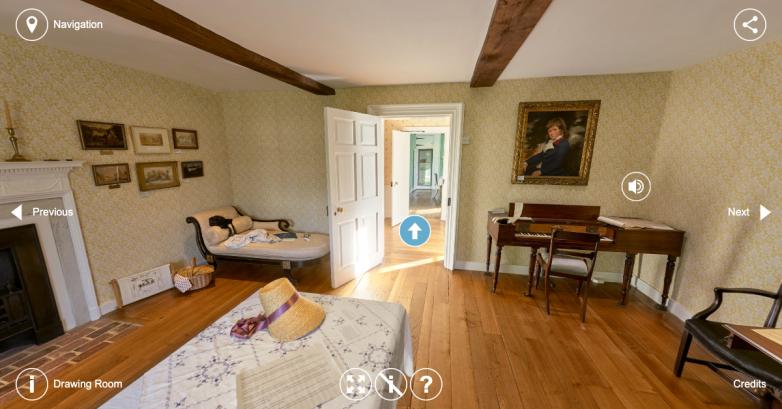 Just as the UK’s writers’ homes museums were gearing up for the Christmas season, they have been forced to close again as part of renewed coronavirus lockdown restrictions through December 3. Among them is Jane Austen’s House at Chawton, Hampshire, which had already weathered the first major lockdown and a roof leak (supporters have been asked to sponsor a roof tile to help with the costs).

The house is providing a package of online alternatives to visiting in person called Jane Austen’s House From Home which features a short but enjoyable virtual exhibition called Jane Austen’s Artful Letters which has been supported by the Art Fund. These look at the part that letters played in both the work and life of the author including a four-line poem-letter written by Austen to her friend Catherine Bigg in 1808, and advice on how she would have written and folded her letters. There are transcripts of the letters and video performances too.

Elsewhere on the site is a new 360° virtual tour of the cottage which allows you to navigate around the rooms at will and stop to ‘look’ at various objects including the table where she wrote. In addition, for younger visitors (and cat lovers) there is A Cat’s Eye Audio Tour of the site which is led by the museum’s cat.