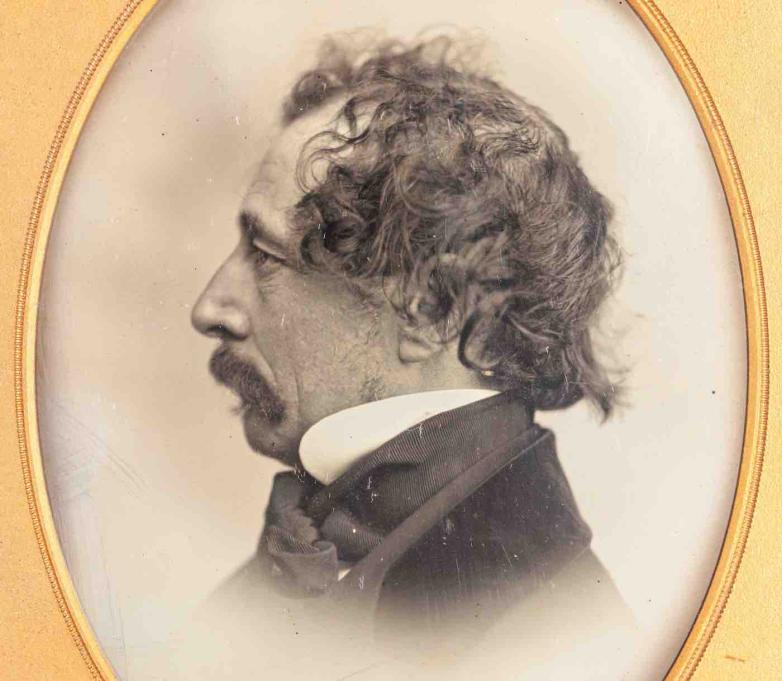 A rare image of Charles Dickens with a mustache rather than his more familiar beard has gone on display for the first time at the Charles Dickens Museum in London. The daguerreotype profile portrait of Dickens, made in the early 1850s when he was writing Bleak House and Hard Times was a gift to the museum from a private collector last year. 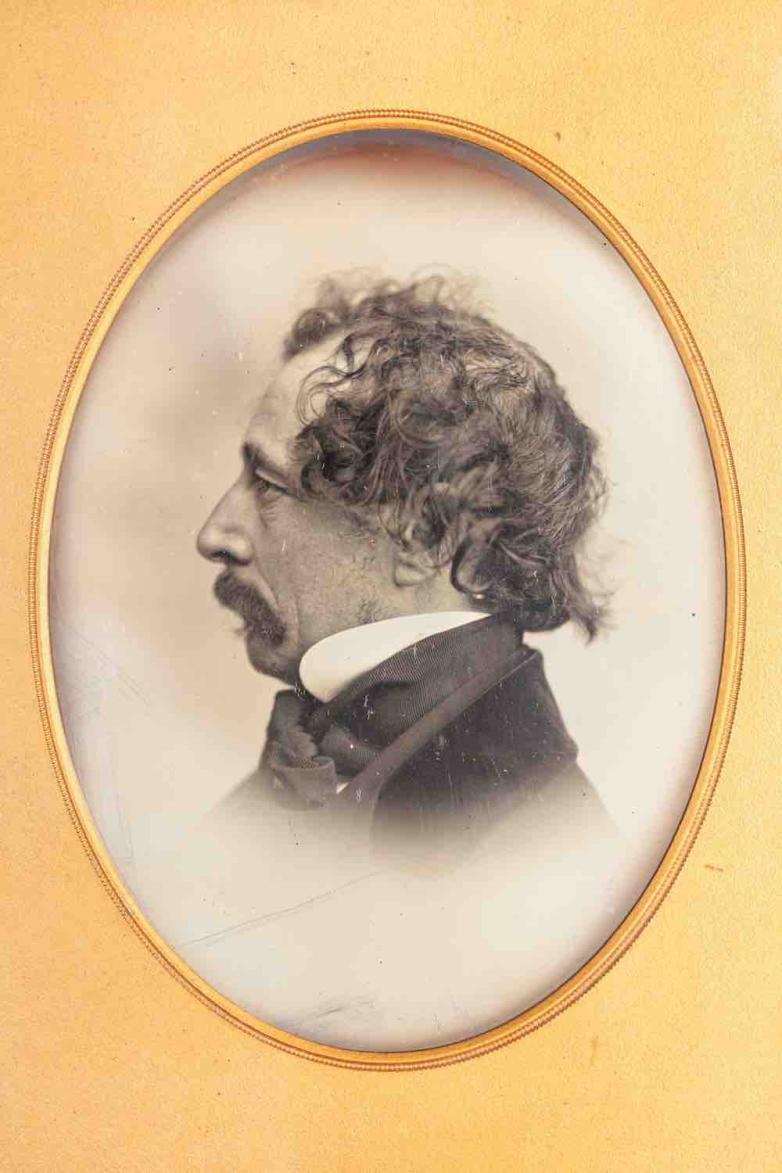 The writer first grew a mustache around 1844. "The mustaches are glorious, glorious,” he wrote in a letter to his friend, artist Daniel Maclise. “I have cut them shorter, and trimmed them a little at the ends to improve their shape. They are charming, charming. Without them, life would be a blank.”

Dickens sat for several daguerreotype portraits in the 1850s but very few images survive. This one was taken by John Jabez Edwin Mayall at his Regent Street studio. In 1853, Dickens' weekly magazine Household Words published an article on the daguerreotype process, drawing on a visit to Mayall's studio for its detail.

Emily Smith, curator at the Charles Dickens Museum, said, “A mustachioed Dickens is hard to find! While his bearded visage in instantly recognizable, Dickens’ early experiments with face furniture are far less well recorded and evidence is scarce. Dickens was image-conscious, definitely a dandy; his public image was carefully crafted and presented and portrait sittings, though not always enjoyed, were not taken lightly.”

The image will be on display until March 31.