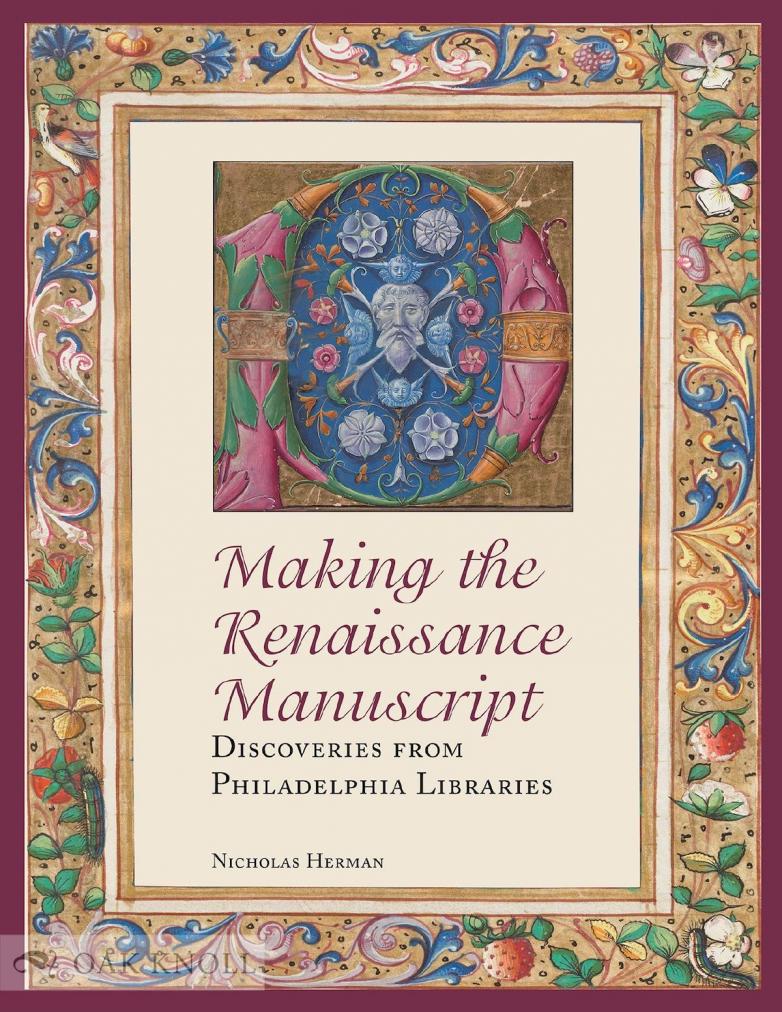 Philadelphia has a history of collaborative exhibitions of rare books and manuscripts, and plans were set for another major show earlier this year. Stemming from Bibliotheca Philadelphiensis, a regional project that catalogued and digitized nearly 500 medieval and early modern manuscripts, the capstone exhibition, Making the Renaissance Manuscript, opened at the University of Pennsylvania’s Van Pelt-Dietrich Library in February, but was cut short by the pandemic. The project’s celebratory moment at the 66th annual meeting of the Renaissance Society of America this past April was also canceled.

But the good news is a monumental catalogue has been made available: Making the Renaissance Manuscript: Discoveries from Philadelphia Libraries by Nicholas Herman (published by the University of Pennsylvania Libraries and distributed by Oak Knoll). Bursting with full-color illustrations, the tall, thick, paperbound volume examines a broad range of fifteenth- and sixteenth-century manuscripts, cuttings, and incunabula from the region. You will find scientific manuscripts showing diagrams and measurements alongside lavish, illuminated books of hours, as well as some bland (by comparison) translations. Divided into three sections: Crafting the Codex, Showcasing Salvation, and Transmitting Knowledge, the exhibition introduces us to the patrons, artists, scribes, illuminators, scholars, and collectors that Philadelphia’s rare book repositories safeguard and share.