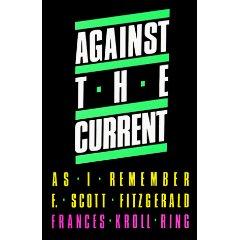 Suntup Editions, California-based publisher of fine limited editions, will be publishing a special edition of The Road by Cormac McCarthy. The publication will include an exclusive introduction by Joyce Carol Oates, seven illustrations by Ryan Pancoast, and a wood engraving by Richard Wagener. Limited to 276 copies, the edition will be presented in both Lettered and Limited states and signed by Oates, Pancoast, and Wagener.

McCarthy's The Road, a post-apocalyptic novel about a father and son on a journey through a desolate America, won the Pulitzer Prize for Fiction in 2007 and is widely considered one of the high spots of 21st century literature.

The Limited Edition will be published in full cloth and limited to 250 copies.  The spine will feature a leather foil-stamped label and the cover will include an inset print of the Richard Wagener engraving. Endsheets are Hahnemühle Bugra and the edition is printed offset on Mohawk Via Vellum Flax paper. It will be housed in a cloth covered slipcase.

The Lettered Edition will be published in a hand-sewn Coptic binding with waxed linen threads and limited to 26 copies (A-Z). It will be printed on French Speckletone paper. The pastedown will be Mexican Mayan acid-free paper, handmade with renewable plant fibers. The frontispiece engraving will be a printed letterpress from the original boxwood block. It will be housed in a custom clamshell enclosure.

Publication is scheduled for Fall 2019.  Collectors can pre-order the book currently at https://shop.suntup.press.