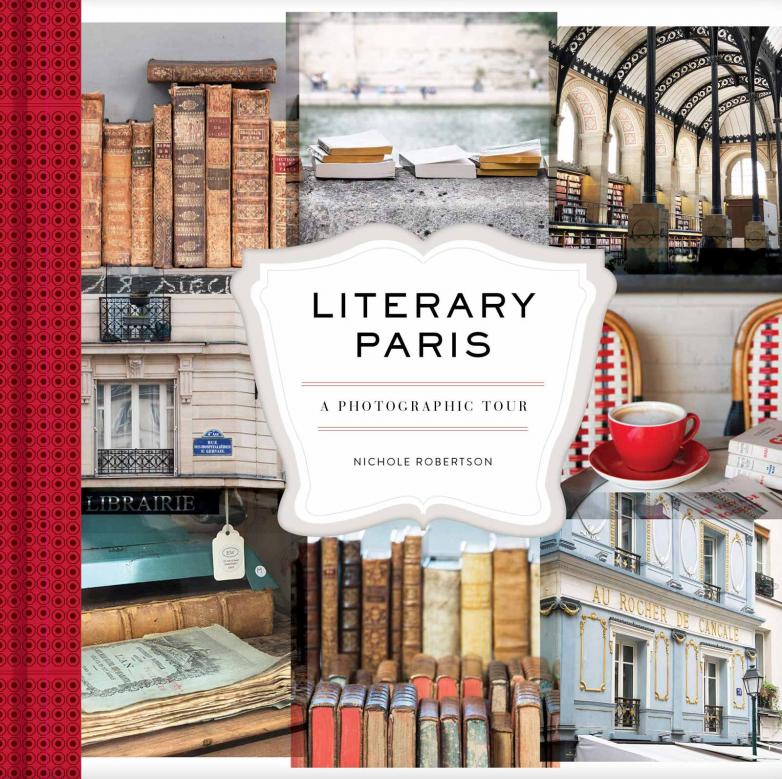 Wait, another book on Paris? Mais oui, mes amis. This one doesn’t need translation, however; photographer Nichole Robertson’s lighthearted visual tour of the City of Lights highlights the various bookstores, libraries, and cafes infused with a rich literary history—think the Abbey Bookshop, Librarie Jules Verne, and les Deux Magots. Peppered throughout are witticisms opined by the likes of Gustave Flaubert: “Do not read as children do, for amusement, or as the ambitious do, to educate themselves. No, read to live;” and British poet Renée Vivien: “I’m infected with the romantic fever. It began in my teens when I read Baudelaire in secret.”

Literary Paris includes the exact locations of every spot photographed in the book, as well as an excessively abridged timeline of the literary history of Paris, which ends in 1964 with the posthumous publication of Ernest Hemingway’s A Moveable Feast. Has nothing happened in Parisian literary society since? Surely, Patrick Modiano’s 2014 Nobel Prize win deserves a mention, as should Lélia Slimani, whose The Perfect Nanny was a national bestseller in both the United States and France. That said, Robertson is a devoted Francophile—her previous works include Paris in Color, and Paris in Love (both Chronicle Books)—and her photographs here will entice anyone to book a weekend flight to this most wonderful and resilient city.