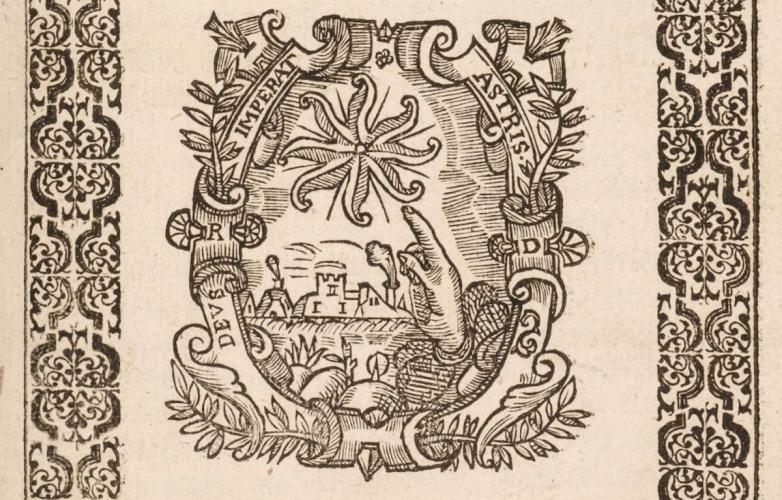 The printer’s device on the title page of A Briefe Description of Universal Mappes and Cardes... (London: Printed by Roger Ward for Thomas Cadman, 1589).

An Elizabethan-era book has been discovered in an unlikely, yet absolutely perfect, location: “under straw in the eaves of a thatched cottage in north Wiltshire,” according to the UK-based auction house that is offering the book for sale on April 6.

The volume is actually a sammelband, or collection of separate texts bound together, containing, in this case, ten important scientific pamphlets published between 1582 and 1613. Bound in contemporary plain calf, the book bears several early ownership marks, namely that of Viscount Campden. Like many other rare books uncovered in unusual places, it has been hidden away for centuries.

A Briefe Description of Universal Mappes and Cardes, and of Their Use (1589) by Thomas Blundeville, who is said to have invented the protractor. This title is very rare, especially with the folding plate, according to the auctioneer. The most recent complete copy was sold at auction in 2007 for $72,000. 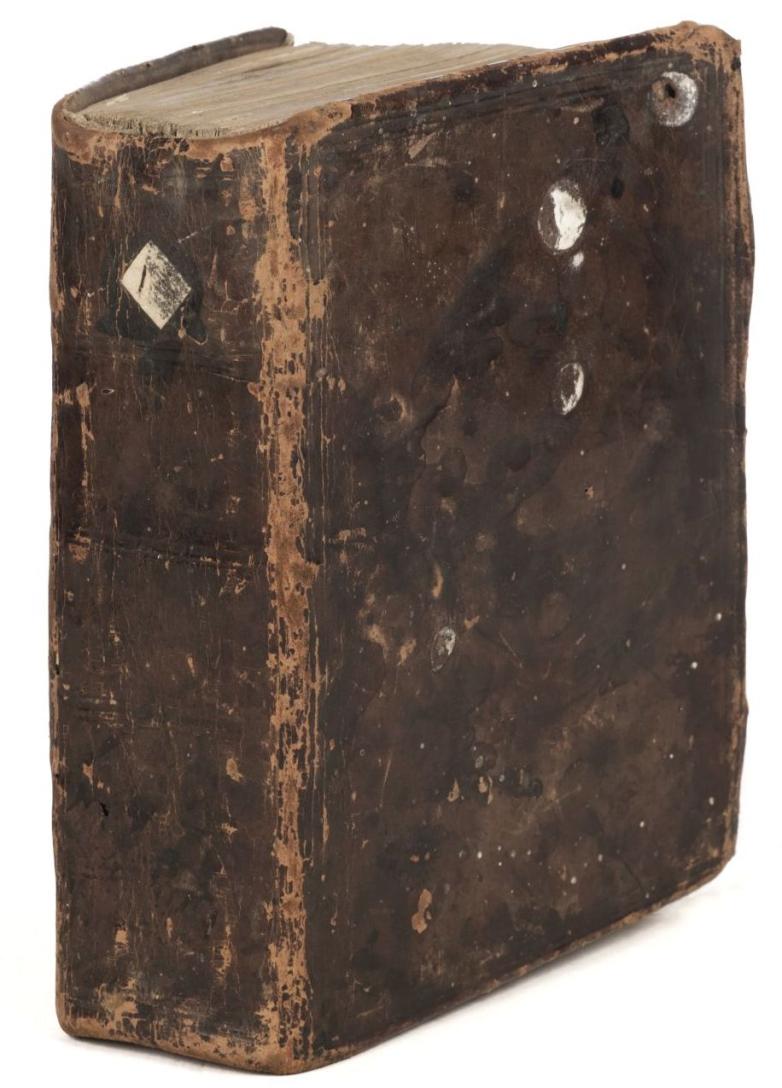 The Schoole of Skil: Containing Two Bookes: the first, of the sphere, of heaven, of the starres, of their orbes, and of the earth, &c… (1599) by Thomas Hill

The Moste Profitable and Commendable Science, of Surveying of Lands, Tenementes, and Hereditamentes… (1592) by Valentine Leigh

A Prognostication Everlasting of Right Good Effect, fruitfully augmented by the Author… (1596) by Leonard Digges

The Use of the Celestial Globe in Plano, Set Foorth in Two Hemispheres… (1590) by Thomas Hood

The Use of the Two Mathematicall Instrumentes, the Crosse Staffe, (differing from that in common use with the Mariners:) And the Iacobs Staffe:… (1590) by Thomas Hood

A New Handling of the Planisphere, Divided into Three Sections. In the first is a plaine and sensible explication of the circles of the Sphere… (1601) by Thomas Oliver. This too was singled out by the auctioneer as particularly scarce, with the last copy appearing at auction eighteen years ago.

“Each book is rare and some of them very, very rare,” Chris Albury of Dominic Winter Auctioneers, told the Daily Mail. “I don't know if my estimate will turn out to be a massive underestimate but it's certainly very special.”